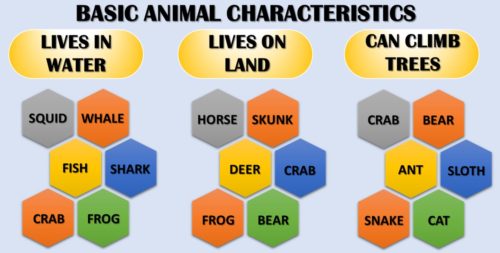 When you look at a photo of basic animal traits, you rarely expect surprises. Our educational background has taught us the answers as children. Researchers in Hong Kong, China have made a discovery that changes how we look at one particular species.

Mangrove Ecology and Evolution Lab scientists from the Swire Institute of Marine Sciences (SWIMS) and School of Biological Sciences, based in Hong Kong have recently discovered a new species of mangrove-climbing micro-crab. These crabs, named Haberma tingkok (Haberma for the genus of mangrove crabs and tingkok for the Ting Kok region where they were found), are less than a centimeter long, predominantly dark brown, with a squarish carapace, very long legs and orange claws. All specimens were found 1.5–1.8 meters (~ 5 to 6 feet) above chart datum (the water level that nautical charts are measured from). 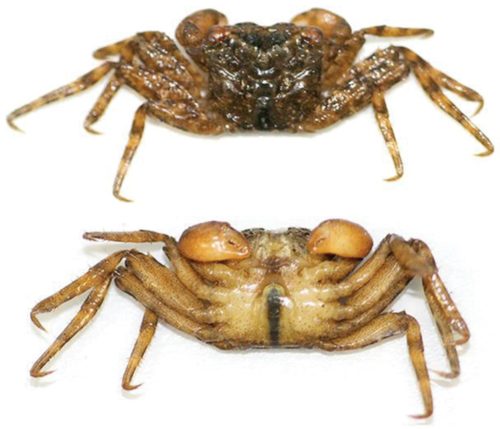 This new species represents only the first to be described in Hong Kong since Pseudosesarma patshuni, a much larger but non-climbing crab, in 1975. This crap is Hong Kong’s first truly arboreal crab. This small crab lives in mangrove branches and breathes air. Several known relatives have been found in the mangroves of Singapore and Indonesian New Guinea but none can climb trees.

Discovery of a new crab species in Hong Kong shows that more can be learned about crab diversity in Hong Kong. Projects like this one are paramount to the continued development of the Biodiversity Strategy Action Plan (BSAP) initiated by the Government of the Hong Kong Special Administrative Region under the United Nations’ Convention of Biological Diversity. Now, the scientists in Hong Kong are looking up in the trees rather than only at the ground in the search for additional marine species. With as estimate by marine biologists that we only know 50–60% of the real diversity of coastal and littoral crabs in Hong Kong, surely there are more surprises in store.