A drone can be defined in a myriad of ways. A constant humming sound can be called a drone. Your professor going over a lecture you find boring can be described as droning on and on about a particular topic. That friend of yours with the uncanny ability to come by your place to eat right at dinnertime but never offers to pay for the food is also a drone. In nature, male bees are also known as drones. These insects, the products of unfertilized eggs have an easy but vital role within the hive; mate with the queen. In technology, a drone is a remote-controlled aircraft either publicly available (those who fly them are termed ‘enthusiasts’) or held by the military that that has dramatically increased in popularity over the last decade. What happens when drone bees and remote-controlled drones meet?

Researchers in Japan have come up with an inventive pollination plan. As bees continue to die out, insect sized drones are being used to pollinate lilies. The miniature robots are covered in horse hair and a sticky gel that allows pollen picked up from one plant to be deposited on another. By no means a solution to the global decline in insect pollinators, these robots are working to help alleviate the demands placed on bee colonies to ensure adequate pollination of agricultural crops. 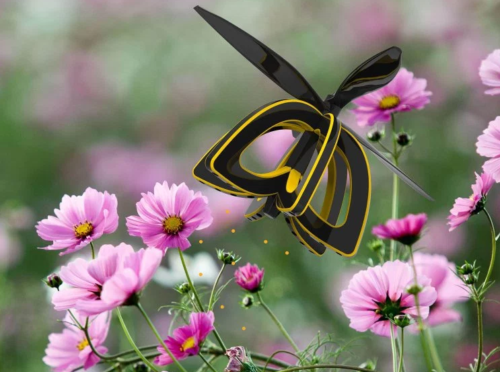 The creative ‘bug’ has reached the industrial design field where 24-year-old senior Anna Haldewang (Savannah College of Art and Design, Georgia) developed Plan Bee. Rather than being the size of the bee, this black-and-yellow drone is the size of hand and resembles a flower. Plan Bee passes over flowers collecting pollen for later cross-pollination. Haldewang has filed a patent application and is roughly two years from having a product for the market. The primary role of Plan Bee is as an educational tool, however, hydroponic and large-scale applications may also be possible. 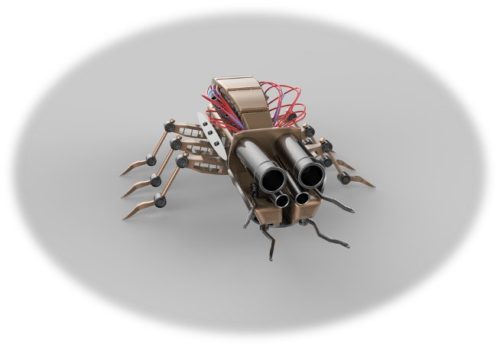 In addition to efforts of the Japanese groups, a research group in Maryland has taken the bee drone one step further. This group, led by Sarah Bergbreiter and her colleagues from the Maryland Microrobotics Laboratory at the University of Maryland, College Park has built tiny, microelectromechanical systems (MEMS) devices that look like and share the same movement as other insects such as fleas and ants. This group hopes to use their tiny robots to evaluate bridges and other structures for breakdown and search for survivors after a natural disaster.

The moral of the story is, when you see a bee hard at work, appreciate the job it’s doing to ensure that our crops are fertilized, our flowers are pollinated, and we have honey to eat.

One thought on “A New Drone Supports Pollinator Efforts”