The Origins of Earth and Arbor Day

Two important holidays that celebration our connection to nature fall in April. The first, Earth Day, falls on April 21st and marks the 48th anniversary of the day when millions of people initiated a peaceful protest to voice their views of the negative impacts of industrial development. Worldwide air pollution had led to birth defects in children and overuse of pesticides and other pollutants was causing catastrophic declines in biodiversity.

The movement was quickly supported by Congress and President Nixon worked to create the Environmental Protection Agency (EPA), the Clean Water Act (CWA), and the Endangered Species Act (ESA) along with many other environmentally friendly initiatives. Now a global holiday, billions of people across 192 countries take part in Earth Day showing their love of the planet by planting trees and flowers, contacting their congressperson and pledging to uphold more Eco-friendly practices.

On January 4, 1872, J. Sterling Morton, a journalist and later editor of a Nebraska newspaper was a great supporter of the environment with a healthy love of trees in 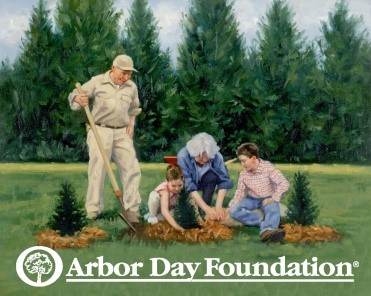 particular. In a meeting with the state board of Agriculture J. Sterling Morton, proposed a tree-planting holiday to be called “Arbor Day” for April 10, 1872. Estimates state that greater than one million trees were planted in Nebraska on the inaugural date. The success of the effort led the Nebraska governor (Robert W. Furnas) to make an official proclamation of the holiday on March 12, 1874. In 1885, Arbor Day was named a legal holiday and April 22 (J. Sterling Morton’s birthday) was deemed the permanent observance date. The success of the holiday spread nationwide as other states began holding their own Arbor Day celebrations and is now a well-celebrated holiday.