Wildlife identification guides are useful tools that help you figure out what kind of animal you may be looking at. However, they don’t always tell the complete story. Some animals such as garter snakes can have varied appearances which makes identification difficult. Some mammals have varied pelage such as striped skunks with some being almost completely black, white or some combination in between. A very small percentage of animals within a species may look dramatically different due to differences in pigment.

Albinos lack the ability to produce color pigment in their skin, hair, feathers, scales or eyes. Animals with this condition have a white appearance with red or pink eyes. The latter is the result of tiny blood vessels that are now visible. They are typically hidden by the colored iris which is transparent in albinos.

In wildlife, albinism is a rare occurrence at birth caused by a recessive gene. The rate in wildlife is estimated from 1 in 20,000 to 1 in 1 million. Their solid white coat of fur makes them more susceptible to predation, or conversely, would make it difficult for an albino predator to stalk its prey. Albinos also have poor vision or may even be blind. The combination of these factors results in low survival of albinos, further decreasing their proportion in the population.

Partial albinism occurs in some animals and is much more common than true albinism. In white-tailed deer, this is sometimes referred to as ‘piebald’ where their fur has a blotchy, white appearance, but they lack the pink eyes found in albinos. Piebald deer occur at a frequency of less than 1 percent in hunted populations. A greater incidence of physical deformities have been reported for piebald deer. 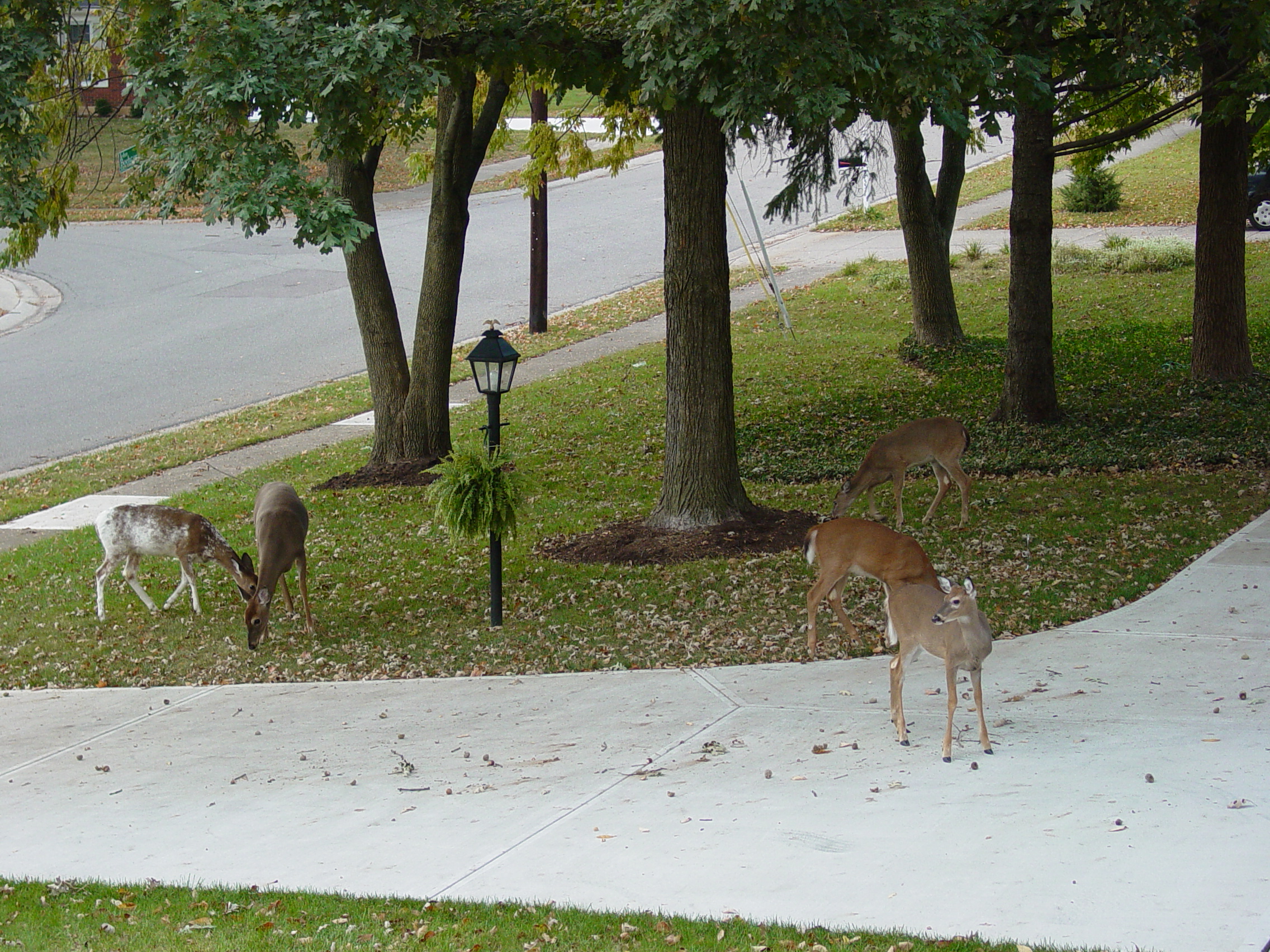