Posted on August 4th, 2016 in Aquaculture/Fish, Aquatic/Aquaculture Resources, How To, Wildlife | No Comments »

Human changes to the environment, like urbanization and climate change, have caused and will cause many wildlife extinctions. Efforts to conserve species occur all over the world, but not all species are seen as equal. In the animal conservation world, charismatic species play the lead roles in a show, while lesser-known or less-attractive species act as stage crew: we all know they are present, but we’re largely uncertain of what they do or how they play into the whole picture. As a result, we tend to see less conservation funding for these species.

Charismatic species are often large, fluffy, or cute: polar bears, narwhals, pandas, and koalas are excellent examples. They dominate news stories, children’s books, and most forms of media. In contrast, non-charismatic species are more difficult for humans to relate with: mussels, mice, and small fish fall into this category.

Societal bias towards charismatic species starts young: if you ask any child what their favorite animal is, chances are high that the species will be either cute and cuddly like a rabbits and foxes, or big and fearsome like bears or sharks. Chances are low that it will be a something slimy, small, or otherwise unattractive like a fish, reptile or bug.

Why is funding so low, or non-existing, for the not so furry, not so cute endangered species?
According to a study in the U.K., adults are more likely to donate money to causes represented by photos of charismatic species than non-charismatic species. This bias appeal results in the majority of research and conservation funding being dedicated to a small group of about 80 well-known, charismatic species. These species have what Dr. Hugh Possingham of the National Environmental Research Program (NERP) refers to as “donor appeal”. The remaining, non-charismatic species, tend to fall by the wayside, receive less funding and research interest. As a result, they tend to go extinct at higher rates. As Dr. Possingham says, “…if you’re an obscure animal or plant in a remote place, you have next to no hope of getting conservation resources.” 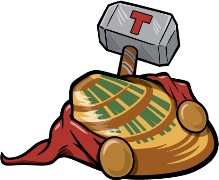 Results showing that the public are not excited to conserve non-charismatic wildlife is not surprising to Belyna Bentlage, a Purdue University outreach specialist, who specializes in research and outreach related to mussels. “People like to protect species that they feel they can relate to, that they can imagine owning as pets, like bear cubs or playful monkeys. It’s difficult to feel a connection to a hellbender or mussel. These animals don’t move as much, aren’t very interactive, and are not very cute. People just can’t relate to them in the same way as more charismatic species,” says Bentlage.

The lack of relate-ability of non-charismatics can spell disaster for many species. Belyna says, “When people don’t feel connected to a species, they won’t give money to fund research or protect the species. Lawmakers aren’t interested because the public isn’t interested, so it’s left up to researchers. So little is known about the ecological role of many of these species, that it’s difficult for researchers to justify why they should be studied. With the competitive funding climate in research, less charismatic species loose out.”

With a tight funding climate, uninterested lawmakers, and a fickle, how can we protect these threatened non-charismatic species?
One solution might just be in making non-charismatic species charismatic. Outreach coordinators like Belyna Bentlage are working cooperatively with biologists to change the way humans perceive of slimy, spiny, gross or otherwise unattractive species. 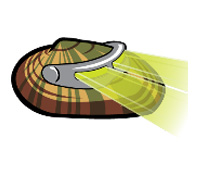 The project Belyna works on, with Purdue FNR Professor Linda Prokopy and Associate Professor Rod Williams gives super-hero personalities to non-charismatic mussels. Each mussel species has a special power that reflects something about its innate characteristics, like the snuffbox and clubshell mussel images shared in this blog.

“Making these animals more relatable and fun allows both children and adults to better understand their importance. People consciously pick their favorites, compare the drawings, and then get excited when they see these species in the wild. It creates a public that is really interested in protecting the species,” Bentlage explained.

The large, green, slimy creature is aptly nicknamed “old lasagna sides” because of its flappy skin that bunches at its sides. The Help the Hellbender project uses costumes, cartoons, coloring pages and games to generate public attention for the species.

“Historically, its been believed that hellbenders had evil powers and could even cause the death of babies,” says Kenison. “Making the hellbender more relatable dismantles a lot of these beliefs, making it more likely that river-users won’t try to harm them.”

Are we willing to learn more about the non-charismatic species and help with conservation efforts?

While there are many challenges for the conservation of non-charismatic species, Belyna Bentlage also says that the public’s lack of familiarity with these species may be a strength. “When people don’t know much, they are often willing to learn and adapt their actions. They are not as set in their ways, so it’s more likely that we can introduce new behaviors to protect a species. Overall, people generally want to help threatened species, not hurt them.”

Non- charismatic wildlife, as slimy or spiny or unattractive as they may be, are an important part of the natural ecosystem. Next time you see a mussel, hellbender, or similar creature, take a photo, but leave it be. These species need your help and support to survive, even if their beauty is mainly on the inside.

If you would like to find out how you can help or learn more about these endangered species, see the resources listed below:
Heart of the Tippy, protecting endangered mussels
Help the Hellbender
Endangered Plant and Wildlife Species, Indiana Department of Natural Resources (IDNR)