Sericea Lespedeza: Plague on the Prairie 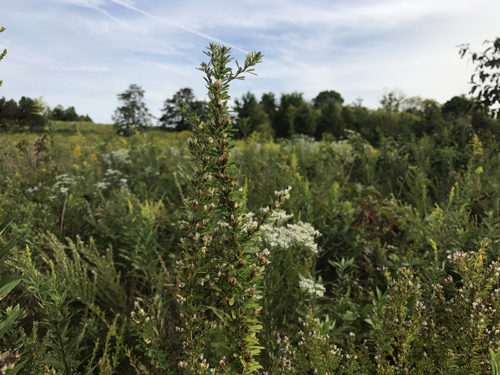 Sericea lespedeza is arguably one of the most problematic invasive species of old fields, prairies and other early successional areas managed for wildlife. Sericea lespedeza is a perennial legume native to eastern Asia that was originally promoted for erosion control, cattle forage, cover and food for wildlife. But as with many plant introductions during the early and mid-19th century (e.g., multiflora rose, autumn olive, and bush honeysuckle), the original beliefs – while well intentioned – were ill fated and short-sided. Sericea has become invasive, is considered noxious in many states, and can be found from Massachusetts to Nebraska and from Florida to Ontario.

Here are 3 problems with sericea and 3 tools for control. 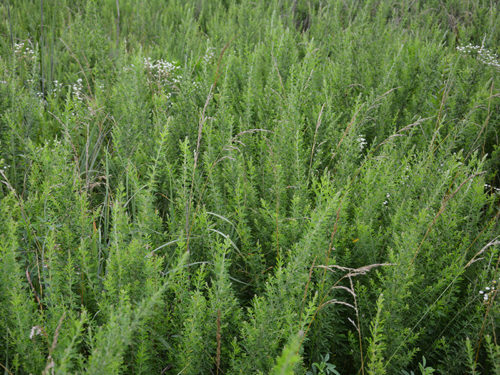 If you find sericea in fields that you manage, working quickly to stop seed production and kill the existing plants will be the most effective way to control an invasion.

Other Resources:
If Your Native Grasses Look Like This, It’s Time for Management, Got Nature?, Purdue Extension-FNR
Invasive plants: impact on environment and people, The Education Store, Purdue Extension