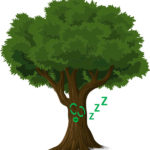 Nearly all creatures exhibit differing behavior during the day and night. Songbirds sing and fly about during the day and roost at night. Owls forage for food primarily at night and rest during the day. Many of us have noticed how flowers seem to droop at night and appear to be sleeping before resuming a more erect posture at sunrise. Is it possible that despite the carbon reinforced bark trees do the same thing? New research says “Yes!”

It’s true! Trees droop their branches at night and lean over. This drooping is not the full bow often associated with a Broadway play in New York. Research scientists in Austria, Finland, and Hungary have used laser scanners to observe and record this “sleeping” behavior in silver birch (Betula  pendula) thus it is natural to assume other tree species behave similarly. 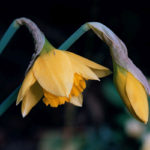 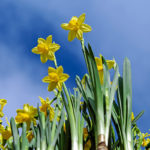 This leaning phenomenon has been calculated to only be 10 cm (~4 in in trees that were roughly 5 meters tall (16 ft 4 in). Repeated measurements have assured that these changes in overall tree height are genuine and repeatable. 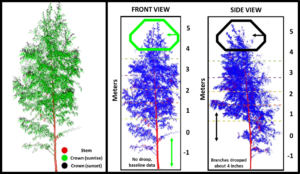 Point clouds measured from the Finnish birch at the time of sunset (black) and sunrise (green). Stem and branch points have been separated based on their spectral properties. Photo credit: Eetu Puttonen, Finnish Geospatial Research Institute (FGI) in the National Land Survey of Finland.

Scientists ruled out wind, elevation, and other weather effects by conducting the experiment in both Finland and Austria.

It was thought that water balance may have been responsible for this movement but has been ruled out as the lasers use infrared light that is reflected and not absorbed by the plant for photosynthesis. This allows the entire tree to be mapped quickly and with high resolution.

Future work is to be directed at increasing the scope of the experiment to measure larger areas (orchards, plantations) and adding in day and night water use measurements to better understand tree influences on regional climates. This work shows that, at the end of the day, even trees need a nap.

Animation of the point cloud change in Finnish test over time. The scanned birch is in the middle. Each frame corresponds to a single terrestrial laser scan. Animation credit: Eetu Puttonen, Finnish Geospatial Research Institute (FGI) in the National Land Survey of Finland.

One thought on “Do trees sleep?”