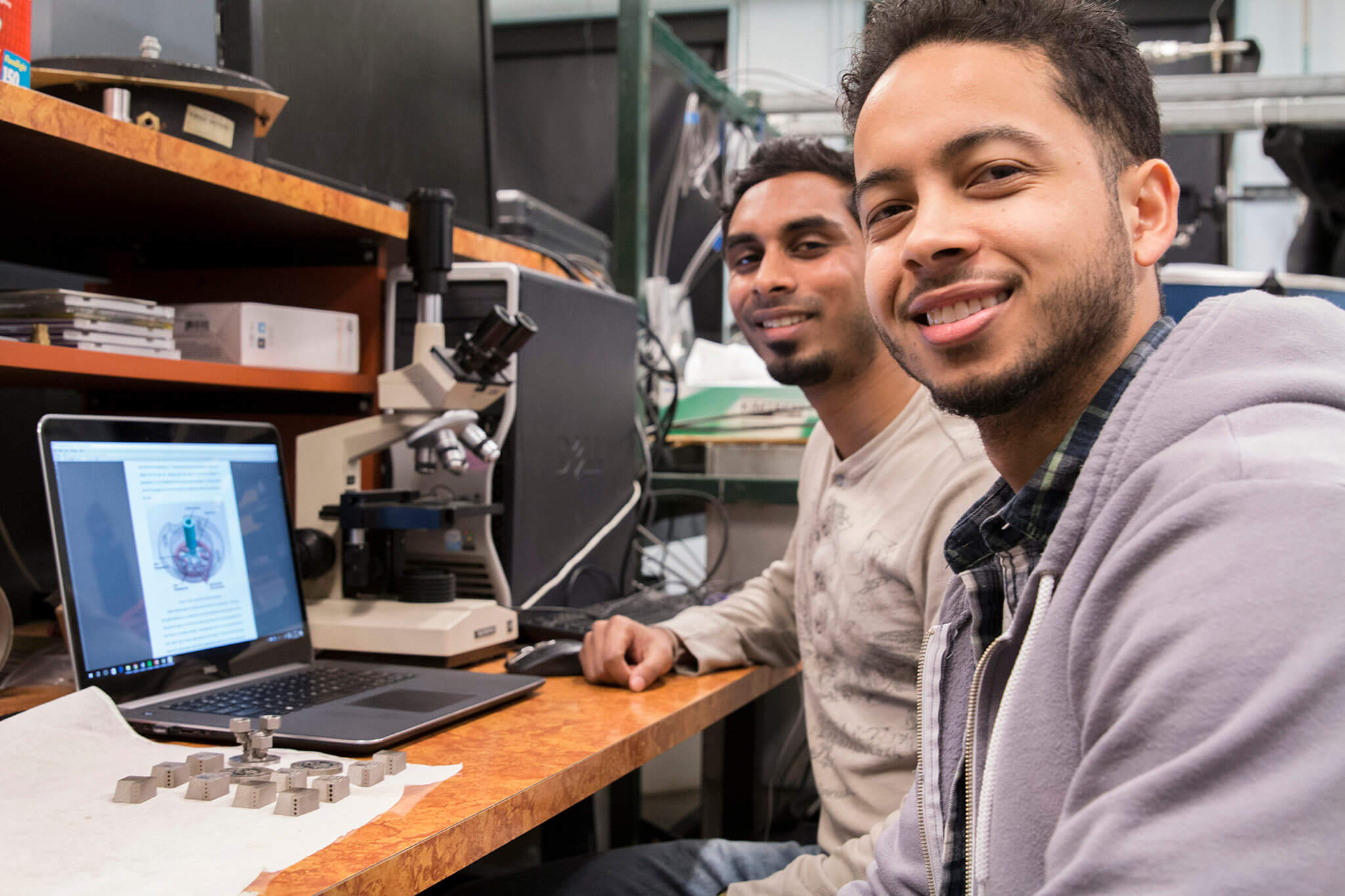 A startup with Purdue ties plans to use 3-D printers as well as other additive manufacturing processes to make future rocket engines that show promise in being faster and less expensive to produce than traditional methods.

Tri-D Dynamics LLC, a startup co-founded by Purdue graduate students, wants to tap into the emerging market of small satellites by using a 3-D printer to create small rocket engines.

“Utilizing hybrid additive manufacturing techniques to produce a liquid rocket with 2,500 to 5,000 pounds of thrust takes from maybe two days to a couple of weeks,” said Tri-D co-founder Alexander Finch, who is scheduled to receive his master’s degree in aerospace engineering from Purdue’s School of Aeronautics and Astronautics this May. “Engines can be printed as one complete unit or as a series of components to be assembled.”

“Typically you would need up to two machinists in addition to welders quality assurance personnel, testing personnel, and possibly more depending on complexity of the engine,” said co-founder Deepak Atyam, who received a master’s degree in aerospace engineering. “With 3-D printers, ideally you will only need one or two people.”

Finch and Atyam plan to market their technology to companies and governments launching small satellites, or “smallsats,” a new breed of satellites of low mass and size launched by smaller rockets.

The duo led the first college student team to design, print and test a rocket engine from a 3-D printer while they were undergraduate students at the University of California, San Diego. They have already achieved multiple accolades from aerospace-related organizations and completed internships with NASA and several high profile aerospace companies.

“We chose to come to Purdue with the specific aim of improving our chances to build a successful company,” Finch said. “Purdue is one of the best aerospace engineering schools in the world.”

Until recently, smallsats have been launched as secondary payloads on larger launch vehicles. But several companies around the world are developing new launch vehicles for smallsats.

Tri-D Dynamic’s plan is for the launch vehicles to employ clusters of their engines positioned on the vehicle to lift the payload. The more engines used, the larger the payload capacity.

“None of these smallsat launch vehicles have actually launched yet,” Finch said. “We expect the first launch to be in mid-2017. If it’s successful we expect things to ramp up pretty quickly.”

Tri-D Dynamics officials want to be able to upscale production of engines to allow more launches over shorter time frames.

“Our goal is to see these rockets launching once or twice a week. And that’s a minimum of 10 to 20 engines per week when you get to that scale,” Atyam said. “Nobody right now can stamp out engines at that rate.”

“The Foundry also led us to become involved with Silicon Valley Boilermaker Innovation Group (or SV BIG),” Finch said. “They serve as a sort of a proxy board of advisers for us.”

SV BIG is a group of Silicon Valley Purdue alumni dedicated to assisting new ventures in the Purdue community. Purdue Foundry suggests relevant startups pitch their ideas to SV BIG, which then decides what startups to assist.

“We didn’t see anything like SV BIG undergrads in California,” Finch said. “To have a dedicated alumni group of entrepreneurs in Silicon Valley dedicated to helping companies from that university is a wonderful asset.”

Tri-D Dynamics’ founders are working on proving the viability of their idea and looking for investors as well as funding from the U.S. government.

“We hope to gain a large market share of the rocket engine production industry. Most others produce them through conventional methods or outsource them to machine shops,” Atyam said. “We want to be the one-stop-shop to be able to create rocket engines on a large or small scale.”