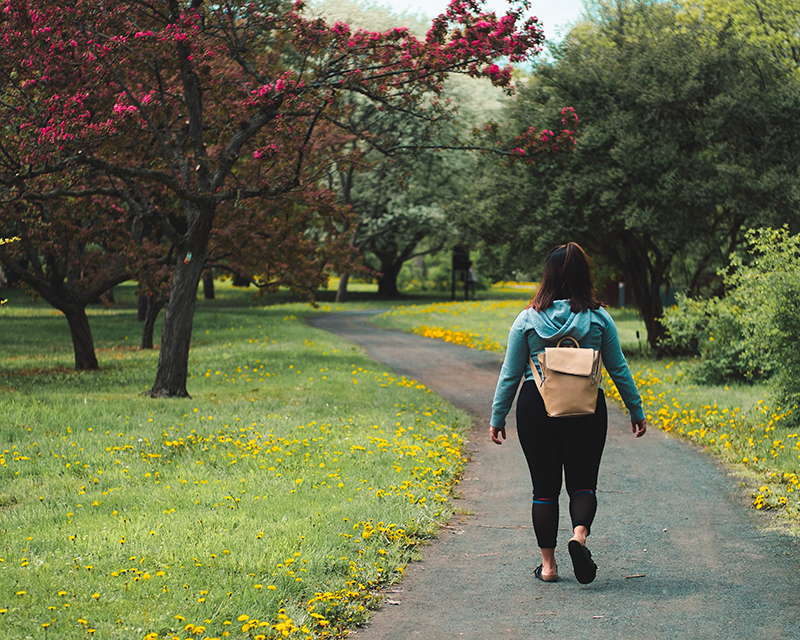 WEST LAFAYETTE, Ind. — New research from the Purdue University College of Health and Human Sciences reveals that young adults’ sex, number of prescription medications, and amount of physical activity have a significant effect on their falling patterns, which have previously received scant study.

Published in PLOS ONE, the observational study by Shirley Rietdyk, professor in the Department of Health and Kinesiology, examined the frequency and circumstances of falls by undergraduate college students.

She found that men were more likely to report falls while women were more likely to trip without falling. She also discovered that higher levels of physical activity in young adults, such as walking or sports, increase the likelihood of falling — whereas in older adults, higher amounts of physical activity usually protect against falls. However, in a pattern similar to older adults, a higher number of prescription medications resulted in a higher number of falls in young adults.

Falls are a leading cause of injury in almost all ages in the United States, according to nonfatal injury data from the Centers for Disease Control and Prevention, and these findings offer opportunities for more research to investigate the causes of these occurrences.

It could lead to the development of interventions, such as teaching individuals to attend to environmental cues rather than social cues when they are walking. These can be implemented across the life span before a significant balance problem exists.

“If you talk to older adults, a number of them will self-identify as frequent fallers, but then they tell me that they fell a lot when they were younger as well,” Rietdyk said. “That piece really interests me. Is there some sort of underlying mechanism that predisposes someone to falling that continues throughout the life span?”

Over the course of 16 weeks, participants in the study were asked to respond to a daily email and answer if they had slipped, tripped or fallen in the past 24 hours. If they answered yes, more questions about the circumstances of the incident were asked. 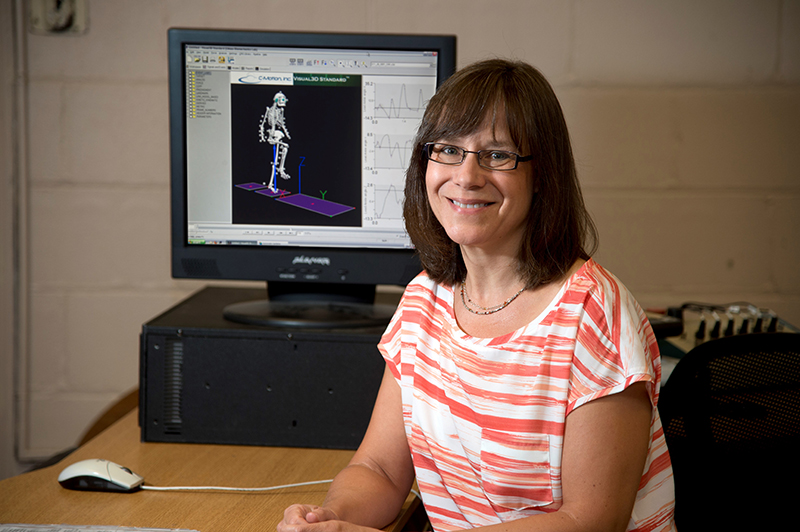 Rietdyk has been studying balance and mobility in older adults since the 1980s, but she didn’t begin her research in young adults until recent years. She began to notice the significance of falls in young adults when a number of her students shared stories where they had fallen.

“When people find out that you study falls, they have a fall story to share — their grandmother fell and broke her hip, or their wife was gardening and fell over, or they tell their own fall stories,” Rietdyk said. “What I noticed was that undergraduate students were telling me about their falls, and I thought that was unusual.”

In the study, Rietdyk found that several participants experienced nine or more falls in a semester — about two falls per month — and all of those participants were female students.

This research goes beyond the initial pilot study Rietdyk and her team conducted in 2016, which found that young adults fall more frequently than they had expected. The recent study expanded the number of participants from 94 undergraduate college students to 343, which gave the researchers enough data to support their earlier findings and go beyond them to compare the falling patterns of young women to young men.

“Since we published our first paper in 2016, other authors using different approaches are demonstrating parallel observations: Falls are not a trivial problem for young adults,” Rietdyk said.

The study included factors like drinking alcohol and texting, which many people assume cause falls in college students, Rietdyk said. Though substance use contributed to several falls — roughly 11% — very few falls resulted from texting. Rietdyk noted that individuals are often walking more slowly during this activity and are, therefore, better equipped to recover. The few falls that did occur while texting typically happened on stairs, which require more environmental attention to foot placement.

However, even taking into consideration the falls with these causes, more than 80% of the falls were not caused by these factors, indicating perhaps that something larger was at play.

Based on the results of this study, Rietdyk said, she is interested in further investigating the difference between women and men related to falls, noting that if the research can pinpoint what’s happening in young adults, it may inform what is happening in older adults and potentially offer solutions to improve overall balance and reduce the number of falls.

The paper was co-authored by Bruce A. Craig, professor of statistics at Purdue University, and former Purdue PhD students HyeYoung Cho and Michel J. H. Heijnen.

Falls in young adults: The effect of sex, physical activity, and prescription medications

Falls are a major public health issue not only for older adults but also young adults, with fall-related injuries occurring more frequently in adult females than males. However, the sex differences in the frequency and circumstances of falls in young adults are understudied. This research quantified the frequency and circumstances of falls as a function of sex, physical activity, and prescription medications in young adults. For 16 weeks, young adult participants (N = 325; 89 males; 19.9±1.1 years) responded to a daily email asking if they had slipped, tripped, or fallen in the past 24 hours. Falls and fall-related injuries were not uncommon in young adults: 48% fell at least once, 25% fell more than once, and 10% reported an injury. The most common activities at the time of the fall for females were walking (44%) and sports (33%), and for males, sports (49%) and walking (37%). A zero-inflated Poisson model revealed that higher number of falls were associated with the following: higher levels of physical activity (p = 0.025), higher numbers of medications (p<0.0001), and being male (p = 0.008). Regarding circumstances of falling, females were more likely to be talking to a friend at the time of the fall (OR (95% CI): 0.35 (0.14–0.73); p = 0.01). For slips and trips without a fall, males and females reported the same number of slips (OR (95% CI): 0.885 (0.638–1.227) p = 0.46), but females reported more trips (OR (95% CI): 0.45 (0.30–0.67); p<0.01). Only females reported serious injuries such as concussion and fracture. In conclusion, the rate of falls in young adults was affected by physical activity levels, number of medications, and sex. Quantifying and understanding these differences leads to increased knowledge of falls across the lifespan and is instrumental in developing interventions to prevent falls.