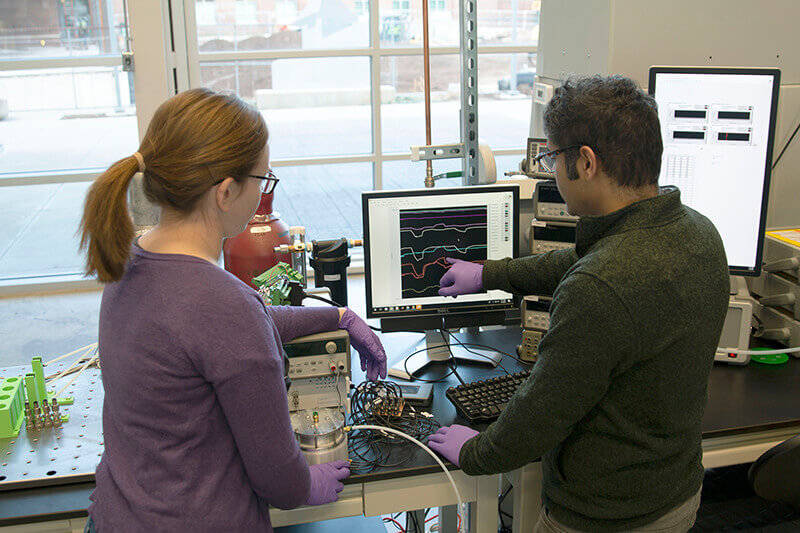 WEST LAFAYETTE, Ind. – The average American spends nearly 90 percent of their time indoors, where air pollutants can be two to five times more concentrated than outdoors, putting people at risk for severe health complications, according to the Environmental Protection Agency.

The World Health Organization reports that, every year, more than 2.5 million people die from indoor air pollution caused health complications, such as chronic pulmonary obstruction diseases, stroke and lung cancer. Volatile organic compounds are hazardous air pollutants often emitted from common household objects, such as disinfectants and paint, and even in offices from copiers and ceiling paneling. 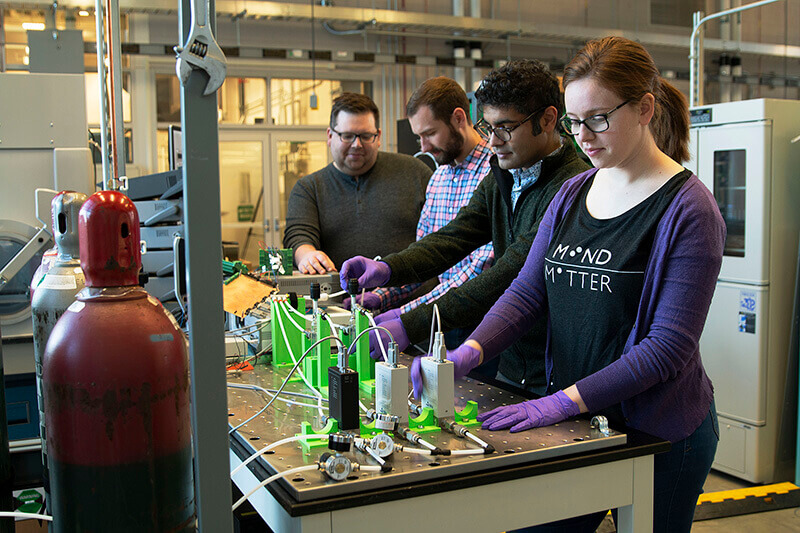 Jeffrey Rhoads, a professor in the School of Mechanical Engineering, began researching resonant sensors for public safety applications nearly 15 years ago. His current work, which is funded by the Center for High Performance Buildings, transitions these sensors from laboratory environments to field-viable products with high reliability and cost-efficiency.

“We started looking at how you can transition this sensing technology from the lab into a practical tool for personal or building-based protection,” Rhoads said. “First, we looked at public safety applications, where we ran into many bottlenecks associated with the lab-to-field transition. Based on the lessons learned, we were eventually able to develop a technology that had a broad purpose.”

“The sensor on the market are not small enough, low power enough or sensitive enough to meet the emerging applications,” Rhoads said. “These limits affect public health, because the human body can experience health complications from volatile organic compounds at much lower levels than what many of the existing cost-effective monitors can easily detect.”

Resonant sensors work by vibrating in a set rhythm, but they vibrate at different speeds when a foreign compound enters their environment. To recognize volatile organic compounds, the researchers are equipping these sensors with unique surface chemistries and specialized detection mechanisms specifically designed to detect hazardous exposures.

Rhoads said that he anticipates this technology developing into a smoke alarm-like product that detects volatile organic compounds in homes and commercial buildings. However, the researchers face challenges in making this product reliable and cost-efficient enough to motivate market demand.

“It’s one thing to make a new technology, but to create public interest in a product they’ve never bought before is a non-trivial task,” Rhoads said. “There are constraints in what the market will accept, which leads to interesting research questions about reliability and low-power consumption.”

The research team’s technology aligns with Purdue's Giant Leaps celebration of the university’s global advancements made in health, space, artificial intelligence and sustainability as part of Purdue’s 150th anniversary. Those are the four themes of the yearlong celebration’s Ideas Festival, designed to showcase Purdue as an intellectual center solving real-world issues.

The team is also working on a similar technology that detects carbon dioxide emissions in order to limit unnecessary ventilation when buildings have low occupancy leading to reduced energy consumption and energy bills in homes and offices. Read more here.

This sensing technology is patented through the Purdue Research Foundation’s Office of Technology Commercialization. For more information about the license, contact William Buchanan at wdbuchanan@prf.org.