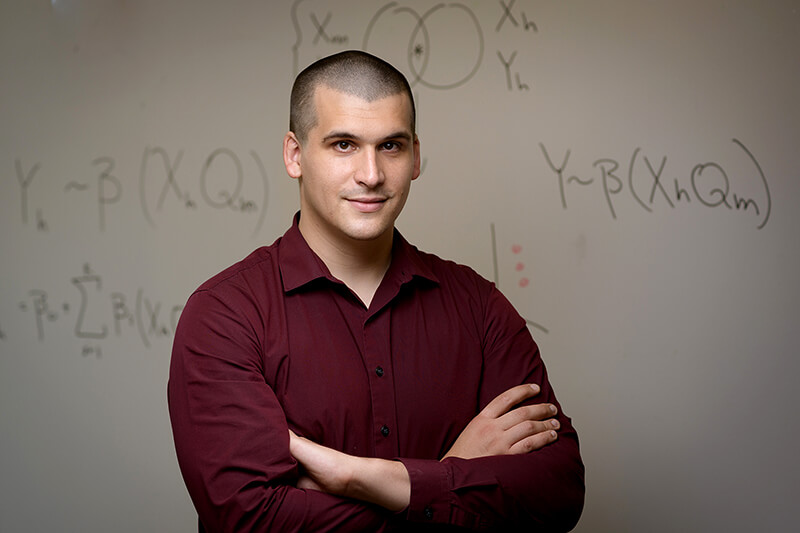 WEST LAFAYETTE, Ind. — About 50% of people who take the drug infliximab for inflammatory bowel diseases, such as Crohn’s disease, end up becoming resistant or unresponsive to it.

Scientists might be able to catch problems like this one earlier in the drug development process, when drugs move from testing in animals to clinical trials, with a new computational model developed by researchers from Purdue University and Massachusetts Institute of Technology.

The researchers call the model “TransComp-R.” In a study published in Science Signaling, they used the model to identify an overlooked biological mechanism possibly responsible for a patient’s resistance to infliximab.

Such a mechanism is hard to catch in preclinical testing of new drugs because animal models of human diseases may have different biological processes driving disease or a response to therapy. This makes it difficult to translate observations from animal experiments to human biological contexts.

“This model could help better determine which drugs should move from animal testing to humans,” said Doug Brubaker, a Purdue assistant professor of biomedical engineering, who led the development and testing of this model as a postdoctoral associate at MIT.

“If there is a reason why the drug would fail, such as a resistance mechanism that wasn’t obvious from the animal studies, then this model would also potentially detect that and help guide how a clinical trial should be set up,” he said.

TransComp-R consolidates thousands of measurements from an animal model to just a few data coordinates for comparing with humans. The dwindled-down data explain the most relevant sources of biological differences between the animal model and humans.

From there, scientists could train other sets of models to predict a human’s response to therapy in terms of those data coordinates from an animal model.

For infliximab, data from a mouse model and human hadn’t matched up because they were different types of biological measurements. The mouse model data came in the form of intestinal proteins, whereas data from patients were only available in the form of expressed genes, a discrepancy TransComp-R was able to address.

TransComp-R helped Brubaker’s team to find links in the data pointing toward a resistance mechanism in humans.

The team collaborated with researchers from Vanderbilt University to test the predicted mechanism in intestinal biopsies from a Crohn’s disease patient and then with experiments in human immune cells.

The researchers used single-cell sequencing of a sample from an infliximab-resistant Crohn’s disease patient to identify the cell types expressing the genes related to the resistance mechanism predicted by TransComp-R.

They then treated immune cells with infliximab and an inhibitor of the receptor identified by the model to be part of the resistance mechanism. The experiment showed that inhibiting the receptor enhanced the anti-inflammatory effects of infliximab, enabling the drug to be more effective because it could better control inflammation.

With additional testing to figure out a way to more precisely measure the markers of this resistance mechanism, doctors could use information about the drug response to determine if a patient needs a different course of treatment.

Since this study, Brubaker has been working with his former research group at MIT to apply the mathematical framework behind TransComp-R to identify mouse models predictive of Alzheimer’s disease biology and immune signatures of vaccine effectiveness in animal studies of COVID-19 vaccine candidates.

“The modeling framework itself can be repurposed to different kinds of animals, different disease areas and different questions,” Brubaker said. “Figuring out when what we see in animals doesn’t track with what’s happening in humans could save a lot of time, cost and effort in the drug development process overall.”

Anti–tumor necrosis factor (anti-TNF) therapy resistance is a major clinical challenge in inflammatory bowel disease (IBD), due, in part, to insufficient understanding of disease-site, protein-level mechanisms. Although proteomics data from IBD mouse models exist, data and phenotype discrepancies contribute to confounding translation from preclinical animal models of disease to clinical cohorts. We developed an approach called translatable components regression (TransComp-R) to overcome interspecies and transomic discrepancies between mouse models and human subjects. TransComp-R combines mouse proteomic data with patient pretreatment transcriptomic data to identify molecular features discernable in the mouse data that are predictive of patient response to therapy. Interrogating the TransComp-R models revealed activated integrin pathway signaling in patients with anti–TNF-resistant colonic Crohn’s disease (cCD) and ulcerative colitis (UC). As a step toward validation, we performed single-cell RNA sequencing (scRNA-seq) on biopsies from a patient with cCD and analyzed publicly available immune cell proteomics data to characterize the immune and intestinal cell types contributing to anti-TNF resistance. We found that ITGA1 was expressed in T cells and that interactions between these cells and intestinal cell types were associated with resistance to anti-TNF therapy. We experimentally showed that the α1 integrin subunit mediated the effectiveness of anti-TNF therapy in human immune cells. Thus, TransComp-R identified an integrin signaling mechanism with potential therapeutic implications for overcoming anti-TNF therapy resistance. We suggest that TransComp-R is a generalizable framework for addressing species, molecular, and phenotypic discrepancies between model systems and patients to translationally deliver relevant biological insights.


Note to journalists: For a copy of the paper, please contact Kayla Wiles, Purdue News Service, at wiles5@purdue.edu. A photo of Doug Brubaker is available in a Google Drive folder. Journalists visiting campus should follow visitor health guidelines.