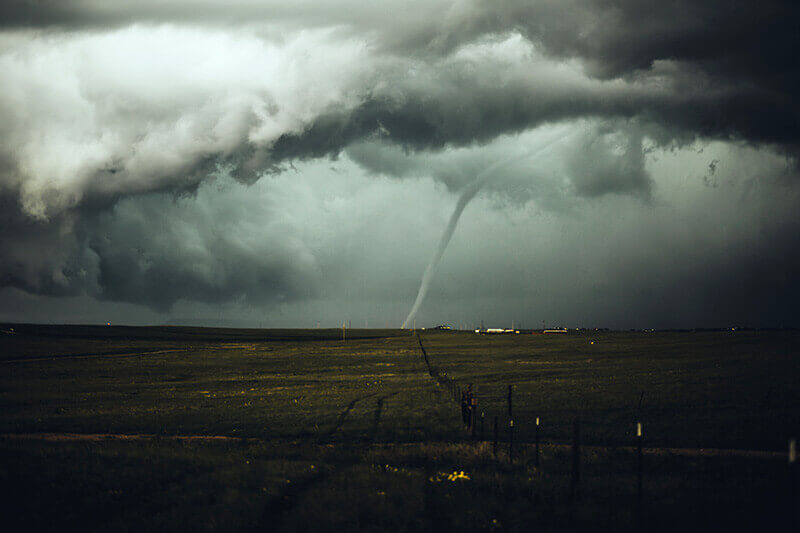 WEST LAFAYETTE, Ind. — Often in the case of a disaster, there are too few resources available to the community. A new algorithm analyzes individuals’ tweets to better understand how they respond to crises, offering a new way to inform decisions on disaster management.

“Sometimes there is a disconnect between what decision makers anticipate helping a community, maybe through economic forecasts, and how individuals respond to a crisis. We need to know what people think about an event to make a community more resilient during these situations,” said Benjamin Rachunok, a Ph.D. candidate in Purdue University’s School of Industrial Engineering.

Typically, social scientists gauge individual response to a disaster or crisis through surveys. But for over 60 million Americans each month, much of this conversation takes place naturally on Twitter.

Rachunok and a team of researchers at Purdue developed an algorithm that captures individuals’ responses to a particular crisis via their tweets, creating what he calls a “fingerprint” that researchers and policymakers could use to better quantify what the community thinks about that crisis.

“The algorithm would be a useful tool for informing long-term recovery from a disaster and knowing where to prioritize investment or attention,” said Roshi Nateghi, co-author on the work and an assistant professor of industrial engineering and environmental and ecological engineering at Purdue.

The work, published in the journal IEEE Access, shows that these fingerprints could characterize what makes a community resilient for a range of events, such as public violence, natural disasters and even political crises such as Brexit.

“By understanding how people communicate within the confines of a community, we can start to understand the emergent properties which contribute to a community’s resilience,” says Jackson Bennett, co-author on the work and a Purdue master’s student in industrial engineering.

The technique looks at individuals’ tweets associated with an event and breaks them down into categories of community resilience, as defined by the researchers: Ecological, economical, institutional, social, infrastructure and quality of life. The algorithm automatically calculates and generates a heat map of the fingerprint, which is the specific combination of categories that make up individuals’ responses to an event.

The heat map makes it easier to see which aspects of community resilience are most evident in people’s reactions to certain crises, as well as how they relate to each other. The researchers found, for example, that similar events have similar fingerprints, even if they happened in different communities, such as Hurricane Harvey and Hurricane Irma or the Las Vegas shooting and Charlottesville riots.

The researchers plan to expand the algorithm’s capabilities to work in real time, examine retweets and detect topics on its own rather than just relying on certain categories of community resilience. Code for the algorithm will also be made publicly available.

This work was supported by a Purdue Libraries Open Access grant and the National Science Foundation’s Humans, Disasters and the Built Environment program (grant 1826161).

The research aligns with Purdue's Giant Leaps celebration, acknowledging the university’s global advancements made in artificial intelligence, algorithms and automation as part of Purdue’s 150th anniversary. This is one of the four themes of the yearlong celebration’s Ideas Festival, designed to showcase Purdue as an intellectual center solving real-world issues.

Note to Journalists: The paper is online open-access at https://ieeexplore.ieee.org/document/8706991.