Can herbicides cause breast cancer? Purdue and INSERM scientists discover a piece to the puzzle. 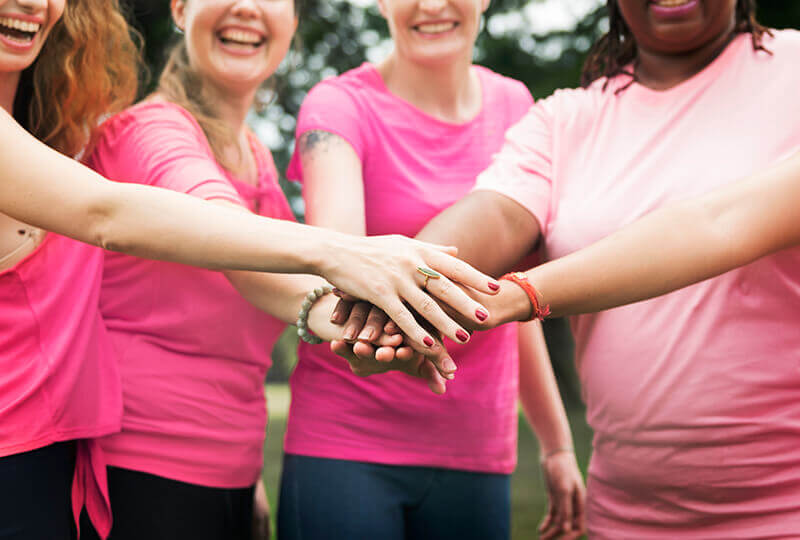 Scientists at Purdue University and France’s Institut de Cancérologie de L’Ouest (ICO) have discovered that glyphosate, the primary ingredient in some widely used herbicides and pesticides, can lead to breast cancer under certain conditions. The discovery is another step forward when it comes to determining how cancer starts, and how it can be prevented. Download image

The Purdue Center for Cancer Research, working with ICO, the Cancer Center for Western France, as part of a memorandum of agreement with the Purdue-led International Breast Cancer and Nutrition (IBCN) initiative, discovered that glyphosate, the primary ingredient in widespread herbicides, can lead to mammary cancer when combined with another risk factor. The work was published in Frontiers in Genetics.

“This is a major result and nobody has ever shown this before,” says Sophie Lelièvre,  a professor of cancer pharmacology in Purdue’s College of Veterinary Medicine and co-leader of IBCN. “Showing that glyphosate can trigger tumor growth, when combined with another frequently observed risk, is an important missing link when it comes to determining what causes cancer. ”

Scientists exposed noncancerous human mammary epithelial cells to glyphosate in vitro over a course of 21 days. The cells were then placed in mice to assess tumor formation. Although cells exposed to glyphosate alone did not induce tumor growth, cancerous tumors did develop after glyphosate was combined with molecules that were linked to oxidative stress. Oxidative stress is a chemical reaction that occurs as the result of aging, diet, alcohol consumption, smoking or other stressors, and it alters the organization and integrity of the genome of the breast, aiding cancer development.

“What was particularly alarming about the tumor growth was that it wasn’t the usual type of breast cancer we see in older women,” Lelièvre (pronounced Le-LEE-YEA-vre) said. “It was the more aggressive form found in younger women, also known as luminal B cancer.”

Glyphosate has been the subject of widespread scientific debate when it comes to cancer research. The U.S. Environmental Protection Agency said in a 2017 risk assessment that the herbicide was likely not carcinogenic. However, in 2015, the World Health Organization’s International Agency for Research on Cancer said glyphosate was “probably carcinogenic.”  Research that was published in 2017 also associated glyphosate with non-Hodgkin lymphoma.

Another key discovery researchers made was the ability to identify the pathway, at the epigenetic level (i.e., the chemical marks on DNA  and proteins that control gene expression), used by glyphosate to endanger breast cells. Lelièvre and Gwenola Bougras-Cartron, the lead scientist on the project from ICO, hope this evidence will enable researchers to both detect and reverse the risk for breast cancer when associated with this combination of risk factors.

“There is a huge gap in the research that is targeted at understanding why cancer develops,” Lelièvre said. “This discovery is novel, primarily because until now, there hasn’t been any scientific evidence to show that a second factor when associated with common pollutants would be sufficient for cancer to develop. It’s very difficult to determine what causes breast cancer, but this is a critical step forward in the right direction so we can start working toward prevention as we have outlined in the international collaborative work of IBCN (www.purdue.edu/breastcancer).”

Cancer incidence continues to rise globally, with breast cancer being the most common type, according to Cancer.gov. Lelièvre said those facts alone continue to fuel the motivation for her research with the hope of eventually finding a way to prevent cancer before it even starts.

“There has been a heavy focus on research for both treatment and detection, but prevention just isn’t as prevalent,” Lelièvre said. “If we can find a way to mitigate the risks, we can have hope for fewer cases.”

The work was funded by the National League Against Cancer in France (Ligue Nationale Contre le Cancer).

Lelièvre is a proponent of state-of-the-art cell culture models that replicate different phases of cancer development for research and she has been working with a team of researchers at Purdue to develop a device, with funding from the Congressionally-Directed Medical Research Program/Breast Cancer Research Program, that will help identify risk factors and underlying mechanisms that cause breast cancer. She is also working with researchers to create tumor models in 10 days that are much closer in size to the ones found in the human body to help test new therapies and screen for drug sensitivity.

This work aligns with Purdue's Giant Leaps celebration of the university’s global advancements in health as part of Purdue’s 150th anniversary. It is one of the four themes of the yearlong celebration’s Ideas Festival, designed to showcase Purdue as an intellectual center solving real-world issues.

Note to Journalists: For a copy of the paper, please contact Abbey Nickel at nickela@purdue.edu or 765-496-1325.

The acknowledgement that pollutants might influence the epigenome raises serious concerns regarding their long-term impact on the development of chronic diseases. The herbicide glyphosate has been scrutinized for an impact on cancer incidence, but reports demonstrate the difficulty of linking estimates of exposure and response analysis. An approach to better apprehend a potential risk impact for cancer is to follow a synergistic approach, as cancer rarely occurs in response to one risk factor. The known influence of glyphosate on estrogen-regulated pathway makes it a logical target of investigation in breast cancer research. We have used non-neoplastic MCF10A cells in a repeated glyphosate exposure pattern over 21 days. Glyphosate triggered a significant reduction in DNA methylation as shown by the level of 5-methylcytosine DNA; however, in contrast to strong demethylating agent and cancer promoter UP peptide, glyphosate-treated cells did not lead to tumor development. While UP acts through a DNMT1/PCNA/UHRF1 pathway, glyphosate triggered increased activity of TET3.  Combining glyphosate with enhanced expression of microRNA (miR) 182-5p associated with breast cancer induced tumor development in 50% of mice. Culture of primary cells from resected tumors revealed a luminal B (ER+/PR-/HER2-) phenotype in response to glyphosate-miR182-5p exposure with sensitivity to tamoxifen and invasive and migratory potentials. Tumor development could be prevented either by specifically inhibiting miR 182-5p or by treating glyphosate-miR 182-5p-cells with dimethyloxallyl glycine, an inhibitor of TET pathway.  Looking for potential epigenetic marks of TET-mediated gene regulation under glyphosate exposure, we identified MTRNR2L2 and DUX4 genes, the hypomethylation of which was sustained even after stopping glyphosate exposure for six weeks. Our findings reveal that low pressure, but sustained DNA hypomethylation occurring via the TET pathway primes cells for oncogenic response in the presence of another potential risk factor. These results warrant further investigation of glyphosate-mediated breast cancer risk.