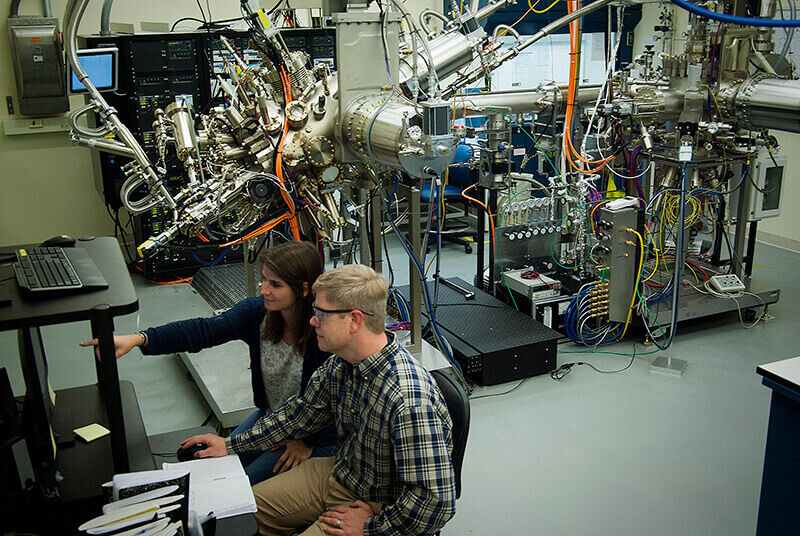 WEST LAFAYETTE, Ind. — Researchers have been trying for many years to build a quantum computer that industry could scale up, but the building blocks of quantum computing, qubits, still aren’t robust enough to handle the noisy environment of what would be a quantum computer.

A theory developed only two years ago proposed a way to make qubits more resilient through combining a semiconductor, indium arsenide, with a superconductor, aluminum, into a planar device. Now, this theory has received experimental support in a device that could also aid the scaling of qubits.

This semiconductor-superconductor combination creates a state of “topological superconductivity,” which would protect against even slight changes in a qubit’s environment that interfere with its quantum nature, a renowned problem called “decoherence.”

The device is potentially scalable because of its flat “planar” surface – a platform that industry already uses in the form of silicon wafers for building classical microprocessors. 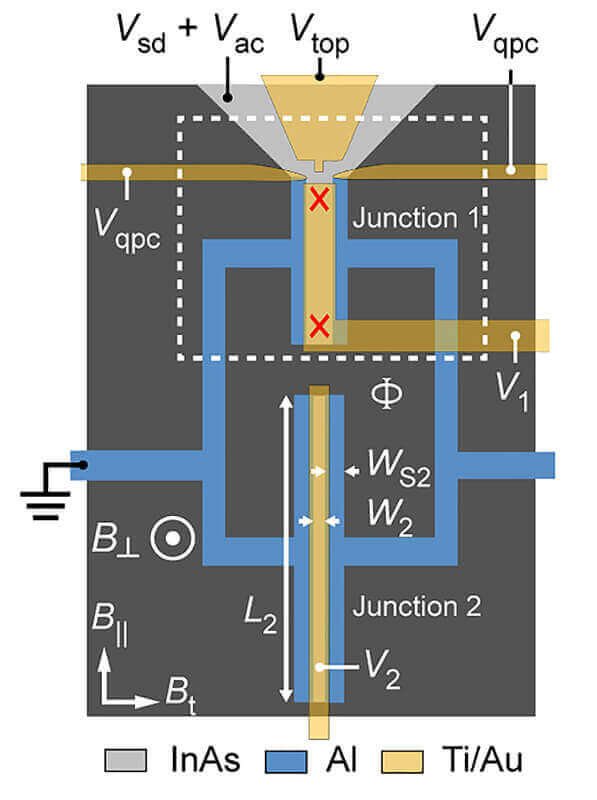 Theorists from Station Q, a Microsoft Research lab in Santa Barbara, California, along with the University of Chicago and the Weizmann Institute of Science in Israel, also participated in the study.

“Because planar semiconductor device technology has been so successful in classical hardware, several approaches for scaling up a quantum computer having been building on it,” said Michael Manfra, Purdue University's Bill and Dee O'Brien Chair Professor of Physics and Astronomy, and professor of electrical and computer engineering and materials engineering, who leads Purdue's Microsoft Station Q site.

These experiments provide evidence that aluminum and indium arsenide, when brought together to form a device called a Josephson junction, can support Majorana zero modes, which scientists have predicted possess topological protection against decoherence.

It’s also been known that aluminum and indium arsenide work well together because a supercurrent flows well between them.

"The device isn’t operating as a qubit yet, but this paper shows that it has the right ingredients to be a scalable technology," said Manfra, whose lab specializes in building platforms for, and understanding the physics of, upcoming quantum technologies.

Combining the best properties of superconductors and semiconductors into planar structures, which industry could readily adapt, could lead to making quantum technology scalable. Trillions of switches, called transistors, on a single wafer currently allow classical computers to process information.

Work at Purdue was financially supported by Microsoft Corp.

Note to Journalists: For a copy of the paper, please contact Kayla Wiles at wiles5@purdue.edu

Majorana zero modes are quasiparticle states localized at the boundaries of topological superconductors that are expected to be ideal building blocks for fault-tolerant quantum computing [1, 2]. Several observations of zero-bias conductance peaks measured in tunneling spectroscopy above a critical magnetic field have been reported as experimental indications of Majorana zero modes in superconductor/semiconductor nanowires [3-8]. On the other hand, two dimensional systems offer the alternative approach to confine Majorana channels within planar Josephson junctions, in which the phase difference  between the superconducting leads represents an additional tuning knob predicted to drive the system into the topological phase at lower magnetic fields [9, 10]. Here, we report the observation of phase-dependent zero-bias conductance peaks measured by tunneling spectroscopy at the end of Josephson junctions realized on a InAs/Al heterostructure. Biasing the junction to  ~ significantly reduces the critical field at which the zero-bias peak appears, with respect to  = 0. The phase and magnetic field dependence of the zero-energy states is consistent with a model of Majorana zero modes in finite-size Josephson junctions. Besides providing experimental evidence of phase-tuned topological superconductivity, our devices are compatible with superconducting quantum electrodynamics architectures [11] and scalable to complex geometries needed for topological quantum computing [9, 12].