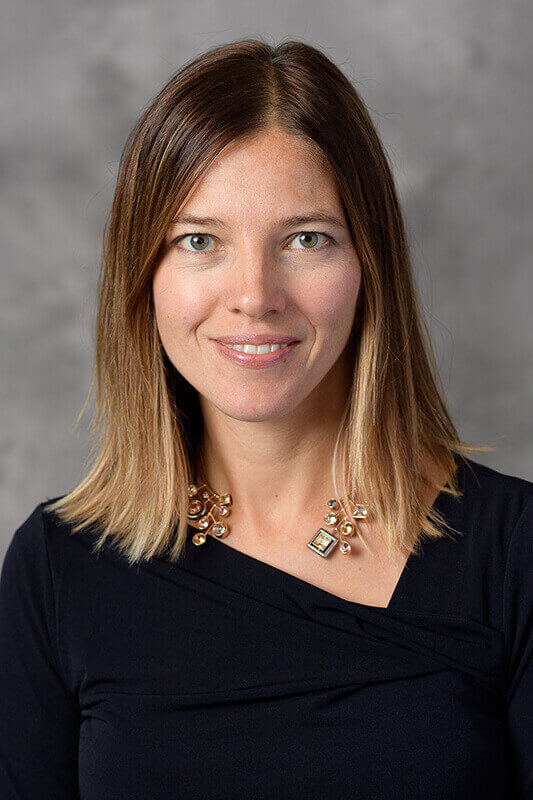 Kateryna Holland, a professor of finance in the Krannert School of Management at Purdue University, analyzed changes in stock prices from 1987 to 2013 at the announcement of government investments in companies from 70 countries, including the U.S.
Download image

WEST LAFAYETTE, Ind. — Privately owned businesses are more efficient and profitable than governments. So goes the prevailing thought among financiers in the United States and many other countries.

“The general conclusion is government ownership has a negative influence on firms,” said Kateryna Holland, an assistant professor of finance in the Krannert School of Management at Purdue University.

That’s why announcements of investments by certain government entities – ones with possible political motivations – were met with skepticism among shareholders in publicly traded firms, resulting in shareholder losses of $14 billion over a 25-year period, according to research published online in the Journal of Corporate Finance.

The findings show the shareholders were on to something: Several performance factors, including size, profitability and efficiency, declined among these companies five years after being targeted by government investors.

“Political goals conflict with shareholder wealth maximization,” said Holland, the author of the study. “When this type of an entity purchases an equity stake, shareholders believe it’s going to bring some political influences that will not benefit the firm in the long run.”

Holland analyzed changes in stock prices from 1987 to 2013 at the announcement of government investments in companies from 70 countries, including the U.S. She found government investors with potential political agendas were met with significantly more uncertainty among shareholders, compared with the general market, than those with financial or industrial objectives, especially in countries where checks and balances existed to ensure accountability.

The results show that, contrary to popular belief, governments are a large and growing class of investors, despite most research being focused on divestment and privatization. In Holland’s sample, for example, overall shareholder wealth increased on average by more than $50 million at the announcement of government investments. Companies targeted by financial or industrial government investors, however, were much better off five years down the road compared to beneficiaries of political government investors.

“Only a few studies in the finance literature have looked at government investment,” she said. “There’s this misperception that when governments do invest, they invest in a financially distressed firm; it’s a bailout. On average, that’s not true; they invest in companies that outperform the market.”

She found shareholders tended to be wary of government investors who were domestically located or who purchased large stakes in a company, or when a company had easy access to funds elsewhere, making a government investment seem less attractive.

“Investors know, and they are very sophisticated,” she said. "There’s people who think about this day in and day out, and it shows in the announcement reaction and then follows through in the long-term performance of the firm.”

Note to Journalists: Reporters interested in receiving a copy of the paper should contact Joseph Paul, Purdue News Service, 765-494-9541, paul102@purdue.edu

I examine shareholder wealth effects associated with different types of government investors in an international sample. I develop a taxonomy to identify government political, financial, and industrial arms. State investments, similar in dollar amount to state privatizations, have increased target shareholder wealth by over USD 50 billion. But market participants differentiate among government entities as target shareholders lose over USD 14 billion, when the investment is announced by the political arms of government rather than the industrial or the financial arms. The apparent intent of government agency is considered by private investors. Post-investment performance tests, institutional environment analysis, and access to credit tests corroborate this.