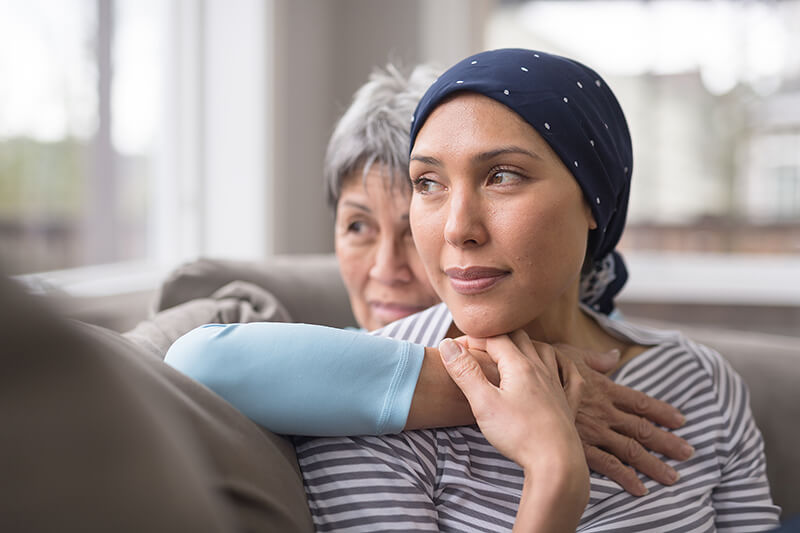 WEST LAFAYETTE, Ind. – One frustration for doctors and patients dealing with certain cancers and autoimmune diseases is that they know the cause, but they don’t know how to reduce its effects in the body.

A clue can be found with the immunoproteasome, a protein complex in the body that is present in specific types of cancers, such as colorectal, colon and breast. It also is present in autoimmune diseases where cells have encountered a pro-inflammatory signal where the body’s immune cells start to attack and destroy themselves. Identifying and reducing this autoimmune response is an ongoing challenge for medical professionals.

“It is well understood which types of cells will express the immunoproteasome,” said Darci Trader, an assistant professor of medicinal chemistry and molecular pharmacology in Purdue’s College of Pharmacy, who leads the research team. “How its activity can be perturbed to affect disease is not.”

Trader and her Purdue University team have designed a new probe to monitor and label immunoproteasome-expressing cells.

Current probes are inefficient for monitoring the activity of the immunoproteasome in live cells because they are not very cell permeable and can easily be degraded by other cellular proteases. The work is published in the March 20 edition of the Journal of the American Chemical Society.

Trader said they also are working to test the ability of the probe to detect the immunoproteasome and then use it as a vehicle to release drugs to treat cancer and other diseases. They are specifically looking at the use of prodrugs, which are biologically inactive compounds that selectively produce medication effects based on how they are created.

Their work aligns with Purdue's Giant Leaps celebration, celebrating the global advancements in health as part of Purdue’s 150th anniversary. Health is one of the four themes of the yearlong celebration’s Ideas Festival, designed to showcase Purdue as an intellectual center solving real-world issues.

Trader has worked with the Purdue Office of Technology Commercialization to patent several technologies to help in disease monitoring and treatment. Her research team is looking for additional partners and researchers.

Activity-based probes have greatly improved our understanding of the intrinsic roles and expression levels of various proteins within cells. To be useful in live cells, probes must be cell permeable and provide a read-out that can be measured without disrupting the cells or the activity of the target. Unfortunately, probes for the various forms of the proteasome that can be utilized in intact cells are limited; commercially available probes are most effectively used with purified protein or cell lysate. The proteasome, both the 26S and various isoforms of the 20S CP, is an important target with reported roles in cancer, autoimmune disorders, and neurodegenerative diseases. Here, we present the development of a selective probe for the immunoproteasome, a specialized isoform of the 20S proteasome, that becomes expressed in cells that encounter an inflammatory signal. Using a one-bead, one-compound library of small peptides, we discovered a trimer sequence efficiently cleaved by the immunoproteasome with significant selectivity over the standard proteasome. Upon conjugating this sequence to rhodamine 110 and a peptoid, we generated a probe with a considerable improvement in sensitivity compared to that of current aminomethylcoumarin-based proteasome probes. Importantly, our probe was capable of labeling immunoproteasome-expressing cells while maintaining its selectivity over other cellular proteases in live cell cultures. We anticipate this probe to find wide utility for those that wish to study the immunoproteasome’s activity in a variety of cell lines and to be used as a reporter to discover small molecules that can perturb the activity of this proteasome isoform.