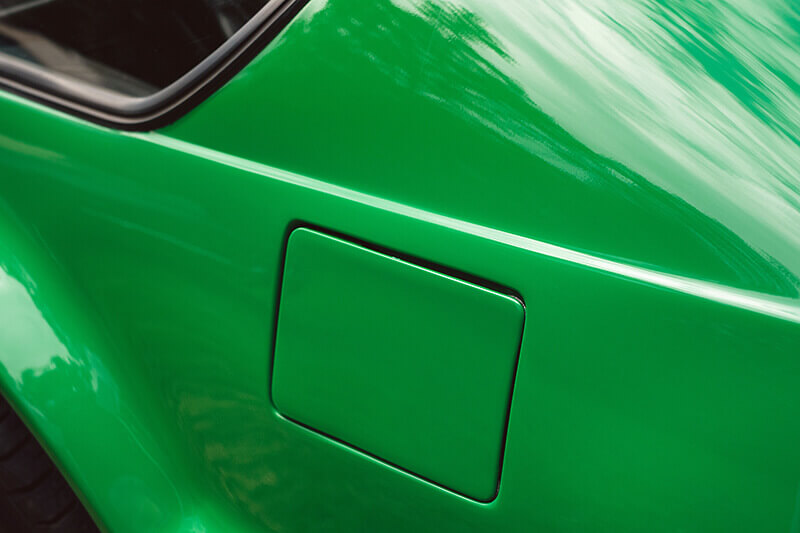 Electric vehicles running on fuel cells are too pricey to scale up. A new method can help cut down on expensive platinum needed in fuel cell electrodes. (Stock photo/Samuel Zeller) Download image

WEST LAFAYETTE, Ind. — The 2019 Toyota Mirai electric vehicle touts zero emissions, thanks to a fuel cell that runs on hydrogen instead of gasoline. But the Mirai has barely left California, partly because today's fuel cell electrodes are made of super expensive platinum.

Cutting down on the platinum would also cut costs, allowing more electric cars to hit the market.

A new method borrows some thinking from "Goldilocks" – just the right amount – for evaluating how much metal would be required for fuel cell electrodes. The technique uses the forces on a metal's surface to identify the ideal electrode thickness.

"There is exactly the right amount of metal that will give fuel cell electrodes the best properties," said Jeffrey Greeley, professor of chemical engineering at Purdue. "If they are too thick or too thin, the main reaction for deploying a fuel cell doesn't work as well, so there's sort of a Goldilocks principle here."

The study, to be published in the Feb. 22 issue of the journal Science, was a collaborative effort between Johns Hopkins University, Purdue University and the University of California at Irvine.

The researchers tested their theory on palladium, a metal very similar to platinum.

"We’re essentially using force to tune the properties of thin metal sheets that make up electrocatalysts, which are part of the electrodes of fuel cells," Greeley said. "The ultimate goal is to test this method on a variety of metals."

Fuel cells convert hydrogen, combined with some oxygen, into electricity through a so-called oxygen-reduction reaction that an electrocatalyst starts. Finding exactly the right thickness stresses the surface of the electrocatalyst and enhances how well it performs this reaction. 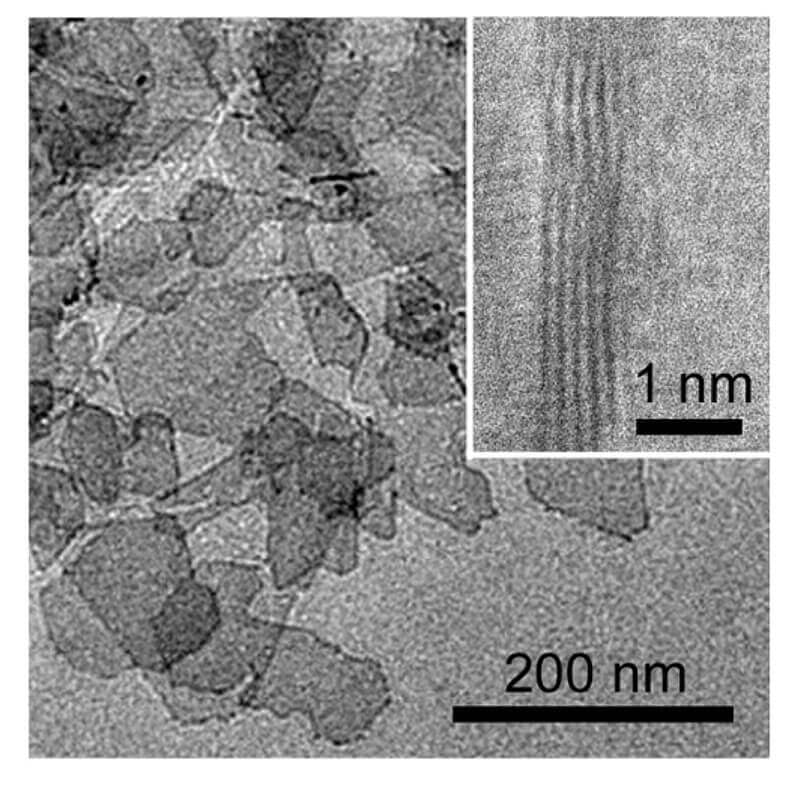 Researchers in the past have tried using outside forces to expand or compress an electrocatalyst's surface, but doing so risked making the electrocatalyst less stable.

Instead, Greeley's group predicted through computer simulations that the inherent force on the surface of a palladium electrocatalyst could be manipulated for the best possible properties.

According to the simulations, an electrocatalyst five layers thick, each layer as thin as an atom, would be enough to optimize performance.

"Don't fight forces, use them," said Zhenhua Zeng, a Purdue postdoctoral researcher in chemical engineering, and co-first and co-corresponding author on this paper. "This is kind of like how some structures in architecture don't need external beams or columns because tensional and compressive forces are distributed and balanced."

Experiments in Chao Wang's lab at Johns Hopkins confirmed the simulation predictions, finding that the method can increase catalyst activity by 10 to 50 times, using 90 percent less of the metal than what is currently used in fuel cell electrodes.

This is because the surface force on the atomically thin electrodes tunes the strain, or distance between atoms, of the metal sheets, altering their catalytic properties.

"By tuning the material's thickness, we were able to create more strain. This means you have more freedom to accelerate the reaction you want on the material’s surface," Wang said.

The study was supported by multiple entities, including the U.S. Department of Energy, National Energy Research Scientific Computing Center and the National Science Foundation.

The work aligns with Purdue's Giant Leaps celebration, acknowledging the university’s global advancements made toward a sustainable economy and planet as part of Purdue’s 150th anniversary. This is one of the four themes of the yearlong celebration’s Ideas Festival, designed to showcase Purdue as an intellectual center solving real-world issues.

Tuning surface strain is a powerful strategy for tailoring the reactivity of metal catalysts.  Traditionally, surface strain is imposed by external stress from a heterogeneous substrate, but the effect is often obscured by interfacial reconstructions and nanocatalyst geometries. Here, we report on a strategy to resolve these problems by exploiting intrinsic surface stresses in two-dimensional transition metal nanosheets. DFT calculations indicate that attractive interactions between surface atoms lead to tensile surface stresses which exert a pressure on the order of 105 atmospheres on the surface atoms and impart up to 10% compressive strain, with the exact magnitude being inversely proportional to the nanosheet thickness. Atomic-level control of thickness thus enables generation and fine tuning of intrinsic  strain to optimize catalytic reactivity, as confirmed experimentally on Pd(110) nanosheets for the oxygen reduction and hydrogen evolution reactions, which exhibit more than an order of magnitude activity enhancement compared to their nanoparticle counterparts.