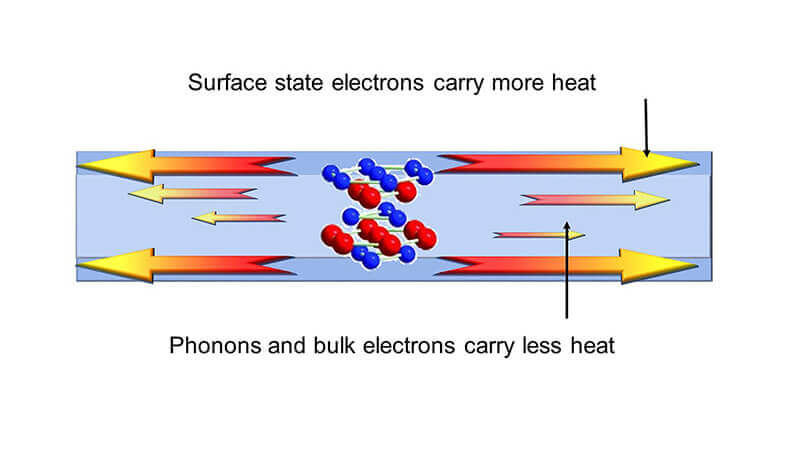 A very thin film has the ability to carry more heat on its surface than in the interior. (Purdue University image/Xianfan Xu) Download image

WEST LAFAYETTE, Ind. — Purdue University researchers have demonstrated the ability of a thin film to conduct heat on just its surfaces, identifying a potential solution to overheating in electronic devices such as phones and computers.

“When you try to make an electronic device, the heat dissipation is always a problem,” said Xianfan Xu, Purdue’s James J. and Carol L. Shuttleworth Professor of Mechanical Engineering. “So we are trying to provide an understanding of how heat can be dissipated in these future devices.”

This thin film material is a topological insulator, which supports the flow of electrons on its surface but not in its interior. No study had yet tested whether the same were true for heat, until confirmed by research published on Jan. 23 in ACS Nano. Past research has speculated that topological insulators could be useful for the development of spintronic devices, which encode information through the spins of electrons as opposed to electrical charge in today’s electronics.

The researchers found that the thinner the film is, the higher the heat conductivity. They also discovered that the ratio of thermal conductivity to electrical conductivity at the surface of the topological insulator materials can be more than 10 times higher than the Sommerfeld value, which is the value known for most metals and semiconductors determined by the Weidemann-Franz law.  By conducting heat on just its surfaces rather than across the entire film, this material could prevent parts of a device from heating up or redirect heat. 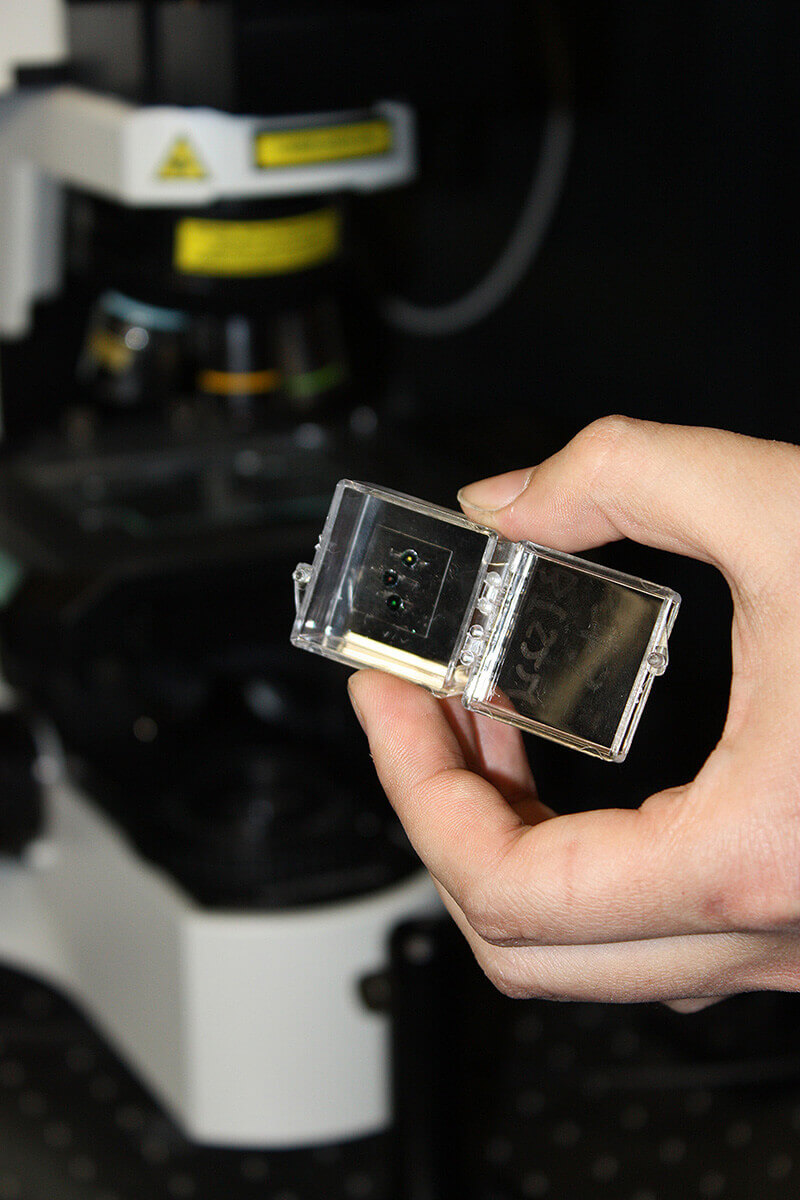 Purdue researchers have discovered a characteristic of this film that could help control heat flow in electronics. (Purdue University image/Jared Pike) Download image

Now, having identified this characteristic of heat transfer in topological insulators, the next step is to figure out how to use them for manipulating heat flow.

“There are not many ways to control heat. It’s not electricity, where you can turn it on and off,” Xu said. “But now there might be a chance to do that.”

The work is a collaborative effort among the research groups led by Xu, Yong Chen, a professor in Purdue’s Department of Physics and Astronomy, and Jesse Maassen, a physics professor at Dalhousie University in Canada.

Topological insulators (TI) have attracted extensive research effort due to their insulating bulk states but conducting surface states. However, investigation and understanding of thermal transport in topological insulators, particularly the effect of surface states, are lacking. In this work, we studied thickness-dependent in-plane thermal and electrical conductivity of Bi2Te2Se TI thin films. A large enhancement in both thermal and electrical conductivity was observed for films with thicknesses below 20 nm, which is attributed to the surface states and bulk-insulating nature of these films. Moreover, a surface Lorenz number much larger than the Sommerfeld value was found. Systematic transport measurements indicated that the Fermi surface is located near the charge neutrality point (CNP) when the film thickness is below 20 nm. Possible reasons for the large Lorenz number include electrical and thermal current decoupling in the surface state Dirac fluid, and bipolar diffusion transport. A simple computational model indicates that the surface states and bipolar diffusion indeed can lead to enhanced electrical and thermal transport and a large Lorenz number. 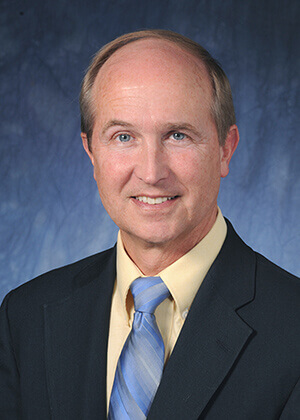 On its own, titanium dioxide captures ultraviolet light but not visible light, leaving out half of the solar spectrum. UCLA researchers discovered that adding boron oxide to titanium dioxide resulted in nanoparticles capable of absorbing a wider range of light to be transformed for electricity and other energy uses.

Miller’s group helped the researchers to understand how titanium dioxide’s size and structure played a role in its ability to capture visible light.

“When you go to very, very small sizes, it changes the fundamental properties of a particle,” said Miller, a professor in Purdue’s Davidson School of Chemical Engineering. “But the size is what gave titanium its unique properties.”

Findings published on March 5 in Nature Materials. The next steps would be fabricating the modified titanium dioxide into solar arrays to capture and transform light into useful energy.

“Titanium dioxide has always been intensively investigated for solar capture, but it’s never been able to find widespread commercial use because it only captures a small fraction of the light. Now that it can capture a larger fraction of the light, it’s going to be more efficient for the production of solar energy applications,” Miller said.

Note to journalists: For a full-text copy of the paper, please contact Kayla Wiles at wiles5@purdue.edu.

There is significant interest in the development of methods to create hybrid materials that transform capabilities, in particular for Earth-abundant metal oxides, such as TiO2, to give improved or new properties relevant to a broad spectrum of applications. Here we introduce an approach we refer to as ‘molecular cross-linking’, whereby a hybrid molecular boron oxide material is formed from polyhedral boron-cluster precursors of the type [B12(OH)12]2–. This new approach is enabled by the inherent robustness of the boron-cluster molecular building block, which is compatible with the harsh thermal and oxidizing conditions that are necessary for the synthesis of many metal oxides. In this work, using a battery of experimental techniques and materials simulation, we show how this material can be interfaced successfully with TiO2 and other metal oxides to give boron-rich hybrid materials with intriguing photophysical and electrochemical properties.