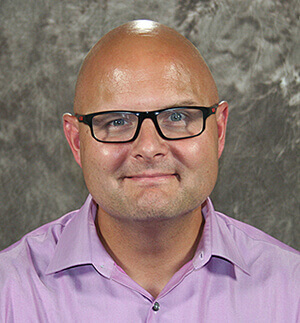 WEST LAFAYETTE, Ind. — Researchers may be able to stop the replication of Ebola virus by mutating its most important protein, according to a paper published in the Journal of Biological Chemistry.

Researchers were able to mutate Viral Protein 40 (VP40) in a way that changed the residues of the protein, blocking the budding and replication of Ebola virus in a model system.

VP40 is a peripheral membrane protein that regulates viral budding from the plasma membrane. It interacts with a human plasma-membrane lipid, phosphatidylserine, to facilitate replication of the virus. All animal viruses have to cross membranes for cell entry and exit.

The research team, led by Robert Stahelin, a professor of medicinal chemistry and molecular pharmacology at Purdue University, found the specific parts of VP40 that bind with the lipid: a cationic patch on the end of an amino acid chain. This site controls the ability of the protein to form a lipid envelope, the layer that protects the virus from the outside environment.

Water-attracting residues at this site are critical for membrane penetration and budding. Substituting those residues with alanine, which is hydrophobic, reduced lipid binding by 40-fold and stopped localization to the plasma membrane.

VP40 is a transformer protein, capable of rearranging itself into different structures: monomer, dimer and octamer. These various structures interact with the lipid differently, according to the paper. The dimer is best equipped to facili­­­tate replication, performing twice as well as the monomer, and nearly 10 times better than the octamer.

“It’s exciting to learn that these different oligomeric structures bind differently with the human lipid cells,” Stahelin said. “That might explain why there are different roles for this protein in the viral replication cycle.”

There are currently no FDA-approved vaccines or therapeutics available for Ebola virus. Outbreaks are rare but deadly, with fatality rates as high as 90 percent. Knowing how and where the protein interacts with the lipid could allow researchers to better target it with therapeutics.

“This helps us understand how the virus uses human cell membranes to replicate and form new virus particles. The virus needs this one lipid to form the new particle and infect other cells,” Stahelin said. “We’ve been targeting human cells with therapeutics that modulate the way the cell makes lipids, and we like to target the human cell because it isn’t likely to mutate and become resistant to the drug.

In cellular experiments, live cell imaging was used to monitor VP40 localization in human cells. The movement of the mutant VP40 and the original VP40 were compared to see how they bind to the human cell plasma membrane, the site of viral replication.

Stahelin collaborated with researchers from Florida International University, The Scripps Research Institute and the University of Notre Dame. The work was supported by National Institutes of Health (NIH) Grants AI081077 and AI121841, and NIH Health CBBI Predoctoral Training Fellowship T32GM075762.

Ebola virus (EBOV) is a filamentous lipid-enveloped virus that causes hemorrhagic fever with a high fatality rate. Viral protein 40 (VP40) is the major EBOV matrix protein and regulates viral budding from the plasma membrane. VP40 is a transformer/ morpheein that can structurally rearrange its native homodimer into either a hexameric filament that facilitates viral budding or an RNA-binding octameric ring that regulates viral transcrip- tion. VP40 associates with plasma-membrane lipids such as phosphatidylserine (PS), and this association is critical to budding from the host cell. However, it is poorly understood how different VP40 structures interact with PS, what essential residues are involved in this association, and whether VP40 has true selectivity for PS among different glycerophospholipid head-groups. In this study, we used lipid-binding assays, MD simulations, and cellular imaging to investigate the molecular basis of VP40–PS interactions and to determine whether different VP40 structures (i.e. monomer, dimer, and octamer) can interact with PS-containing membranes. Results from quantitative analysis indicated that VP40 associates with PS vesicles via a cationic patch in the C-terminal domain (Lys224,225 and Lys274, 275). Substitutions of these residues with alanine reduced PS-vesicle binding by >40-fold and abrogated VP40 localization to the plasma membrane. Dimeric VP40 had 2-fold greater affinity for PS-containing membranes than the monomer, whereas binding of the VP40 octameric ring was reduced by nearly 10-fold. Taken together, these results suggest the different VP40 structures known to form in the viral life cycle harbor different affinities for PS-containing membranes.