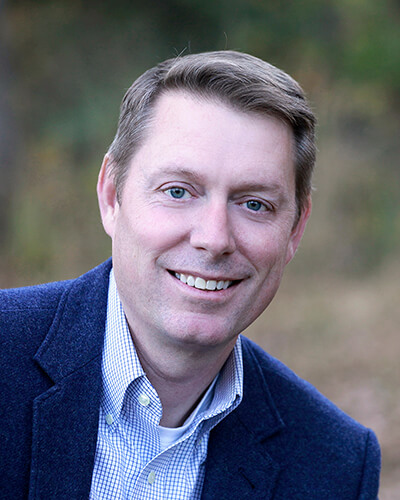 WEST LAFAYETTE, Ind. - Laws that changed animal confinement standards in California raised the price of eggs dramatically upon adoption and have kept prices higher than had the laws not been enacted, according to a Purdue University study. An analysis of the laws’ effects on egg production and prices in California could inform other states considering similar legislation.

The 2008 Prevention of Farm Animal Cruelty Act, approved by 63 percent of California voters, requires animal producers to increase the amount of space available to animals in chicken battery cages, veal crates and sow gestation crates. Taking effect in January 2015, the law requires that confined spaces be large enough to allow animals to “turn around freely, lie down, stand up, and fully extend their limbs.” The law banned production and sale of products that didn’t meet these requirements, and another law required products imported from other states follow the same rules.

Jayson Lusk, a distinguished professor and head of Purdue’s Department of Agricultural Economics, and Conner Mullally, an assistant professor in the Food and Resource Economics Department at the University of Florida, analyzed 16 years’ worth of egg production and pricing data from California and surrounding states from before and after the law went into effect. Their findings were reported in the American Journal of Agricultural Economics.

California egg producers started implementing the new rules years before required by removing one or more hens from battery cages that often house multiple birds. So even before 2015 there were fewer hens, and production in the state started to drop.

“Initially, consumers got the same amount of eggs. California retailers were importing eggs from other states to make up for the shortfall,” Lusk said. “Leading up to the point at which the policies went into place, the number of eggs wasn’t different, but they were coming from other places.”

But once the laws went into effect, many of those imports stopped because out-of-state producers were not all following the confinement space rules under the laws. Supply declined, and prices rose.

By July of 2016, the number of egg-laying hens and eggs produced in California had dropped by 35 percent. Lusk and Mullally say that led to price increases as high as 33 percent per dozen. The average price for a dozen eggs was 22 percent higher from December 2014 to September 2016.

“Our results indicate that over the 22 months observed in our data after the initial structural break in retail prices, total consumer welfare losses from higher retail prices in the three markets considered by this article were between $117 million and $144 million, or between $12.15 and $14.97 per household,” the authors wrote.

By fall of 2016, prices were about 9 percent higher than they would have been without the new law.

“Egg prices compared to other places increased pretty dramatically,” Lusk said. “Over time, that price impact diminished a little bit, but it hasn’t gone away completely. Californians initially paid quite a bit more for eggs, and now they’re paying more, but not as much as right when the law went into effect.”

Lower prices at the end of the study may stem from a boost in supply following an avian flu epidemic.

“After the recovery of the egg industry from the 2015 bird flu outbreak, there was a glut of eggs on the market that led to record-low prices. The large available supply would have made it fairly easy to redirect eggs to California in response to high prices,” Mullally said.

But egg production in California is still significantly lower than it has been before the new laws took effect. According to data from the U.S. Department of Agriculture’s National Agricultural Statistics Service, California produced more than 5 billion eggs every year from 2008 to 2013. By 2014, that number had dropped to about 4.6 billion, and in 2015 and 2016, California hens produced fewer than 3.5 billion eggs.

Lusk and Mullally don’t take a stance on the animal welfare law but wanted to understand what it meant in terms of production and cost for producers and consumers. They believe the findings can inform residents and lawmakers from other states that are considering laws that require larger living spaces or free-range requirements for animals.

The findings also show that because of higher retail egg prices, Californians may experience at least a $25 million annual welfare loss, a monetary measure of how a change affects quality of life. The figure of $25 million does not factor in higher prices paid for meals in restaurants, hotels, etc., suggesting that actual welfare losses could be significantly higher.

The Impact of Farm Animal Housing Restrictions on Egg Prices, Consumer Welfare, and Production in California

New animal welfare policies on the horizon in many U.S. states have prompted debates about the cost of achieving happier hens and hogs. A recent policy change in California offers a unique opportunity to measure the economic repercussions of minimum space requirements for egg-laying hens. Using forecasting methods and structural break tests as applied to sixteen years of monthly data on egg production and input prices, we find that by July 2016, both egg production and the number of egg-laying hens were about 35% lower than they would have been in the absence of the new regulations. Out-of-state eggs were able to compensate for falling California production until around the time the new rules were implemented, at which point imports of eggs into California fell. For consumers, we estimate price impacts using panel structural break tests and difference-in-differences models as applied to five years of scanner data from the retail market for shell eggs in three California markets and three control markets. We find that the average price paid per dozen eggs was about 22% higher from December 2014 through September 2016 than it would have been in the absence of the hen housing restrictions. The price impact fell over time, from an initial impact of about 33% per dozen to about 9% over the last six months of the observed time horizon. These price increases correspond to welfare losses of at least $117 million for the three California markets over the observed time horizon. Our results suggest that because of the policy change, California consumers can expect to experience annual welfare losses of at least $25 million in future years from higher retail egg prices alone.