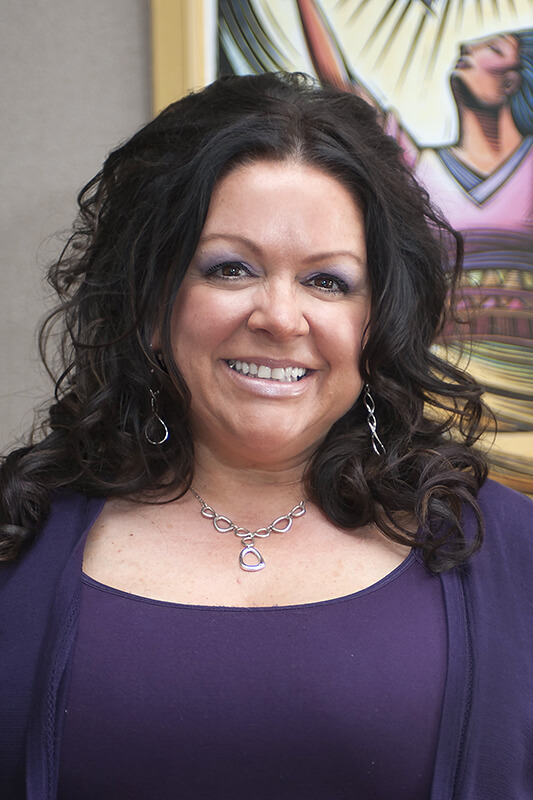 WEST LAFAYETTE, Ind. – Purdue University alumnus Kimber J. Nicoletti-Martinez, program director and creator of Multicultural Efforts to end Sexual Assault (MESA) at Purdue’s Department of Youth Development and Agricultural Education, has been awarded the Social Worker of the Year by the Indiana Chapter of the National Association of Social Workers (NASW).

Nicoletti-Martinez will be recognized and awarded at the NASW annual state conference luncheon Sept. 25 at the Marriott East, Indianapolis.

In nominating Nicoletti-Martinez as Social Worker of the Year, retired Purdue academic advisor Janice Cortner, “Kimber has never backed away from a cause that involved advocating for others. She has always given her all to get involved and does not delegate anything that she herself would not do or has not done already.”

“Kimber is a natural born social worker,” Cortner said. “When I first met Kimber, I was immediately impressed with her continued efforts to improve the lives of others on both micro and macro levels.”

“Networking means I have to drink a lot of coffee, get involved, be present in the moment, and focus on building relationships,” Nicoletti-Martinez said.

She said her experiences at Purdue have been instrumental in her accomplishments. “I really appreciate the support I’ve received from Purdue’s College of Agriculture over the past 15 years, allowing me to do the work I love which is to empower people, youth and families and strengthen communities.”

Nicoletti-Martinez’s recent recognition follows more than 10 other awards and recognitions she had received for her accomplishments, including the 2017 Indiana Coalition to End Sexual Assault Inspiration Leader; the 2014 Bravo Award presented by Purdue for outstanding service in the College of Agriculture; and the 2013 Woman of Distinction presented by the YWCA of Greater Lafayette.

“I was thrilled to learn Kimber is being recognized for her achievements. The work she does impacts so many lives,” said Karen Plaut, Interim Dean, College of Agriculture.

“To be named Social Worker of the Year for the entire state is a very special recognition and well-deserved honor in recognition of what Kimber does for the people of our state,” said Jay Akridge, Interim Provost and Executive Vice President for Academic Affairs and Diversity, Purdue University.