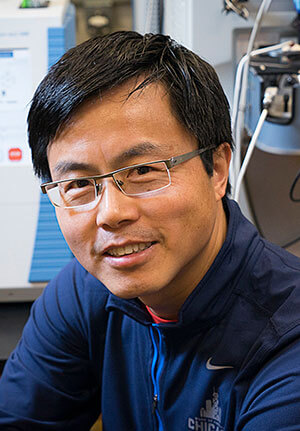 Kinases are proteins that catalyze the transfer of a phosphate group to another protein, a process called phosphorylation that is key to a protein’s function. Many phosphorylated proteins are oncogenes, ones that can trigger the formation of cancer cells.

There are dozens of kinase inhibitors on the market used to treat cancer. But cancer cells adapt, making some drugs less effective. New kinase targets would lead to new drugs that could diversify treatment options for patients with hard-to-treat cancers, a long and tedious process.

“These are the critical molecules for cancer growth and proliferation,” said W. Andy Tao, Purdue professor of biochemistry and the senior author of the findings published in the journal ACS Central Science. “It’s important to know all the alternative kinases that can phosphorylate an oncogene, so if we see resistance, we re-target it.”

Previously there was no existing method available to systematically identify kinases responsible for phosphorylating an oncogene. Tao and collaborators from Purdue’s Department of Medicinal Chemistry and Molecular Pharmacology (MCMP), Department of Chemistry, and the Purdue Center for Cancer Research developed a powerful method that can rapidly screen for kinase-protein interactions. Tao and his collaborator, Chang-Deng Hu, professor of MCMP, met and devised the idea during a scientific retreat, but it took them several years to finally work out the technical details. 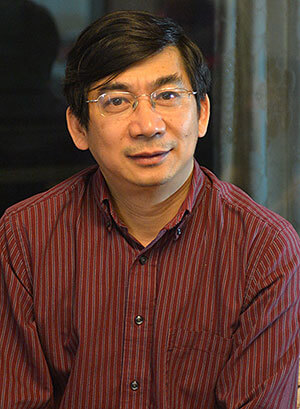 The method utilizes a known imaging assay called bimolecular fluorescence complementation (BiFC) in which a fluorescent protein is split into two pieces, labeled terminals N and C. One terminal is added to a suite of kinases, and the other is placed with a target oncogene.

“If the two proteins interact with each other, they will pull the N and C terminals together, and an intact fluorescent protein can be reconstituted to emit the fluorescent light.” Hu said.

Connected proteins are visible because of the fluorescence, but scientists can use the rapid mass spectrometry to identify the kinases. Researchers tested their method on a library of 559 human kinases and were able to identify new kinases against the library and confirm them through other biochemical assays.

Tao said the method they reported here integrates two cutting-edge biochemical techniques to enable successful identification of potential protein kinases of substrates (e..g, oncogenic proteins). The method is universal and can be used for the screening of novel protein kinases of any protein substrate. For the next step, they are working with proteins involved in late-stage cancer development. Most of their kinases are not known.

The National Institutes of Health, the National Science Foundation and the Purdue Center for Cancer Research supported the research.

Phosphoproteins in Extracellular Vesicles as Candidate Markers for Breast Cancer

Protein kinases and their substrates comprise extensive signaling networks that regulate many diverse cellular functions. However, methods and techniques to systematically identify kinases directly responsible for specific phosphorylation events have remained elusive. Here we describe a novel proteomic strategy termed fluorescence complementation mass spectrometry (FCMS) to identify kinase-substrate pairs in high throughput. The FCMS strategy employs a specific substrate and a kinase library, both of which are fused with fluorescence complemented protein fragments. Transient and weak kinase–substrate interactions in living cells are stabilized by the association of fluorescence protein fragments. These kinase-substrate pairs are then isolated with high specificity and are identified and quantified by LC-MS. FCMS was applied to the identification of both known and novel kinases of the transcription factor, cAMP response element-binding protein (CREB). Novel CREB kinases were validated by in vitro kinase assays and the phosphorylation sites were unambiguously located. These results uncovered possible new roles for CREB in multiple important signaling pathways and demonstrated the great potent of this new proteomic strategy.