Key process to be modernized in production of lifesaving drugs, food preservation 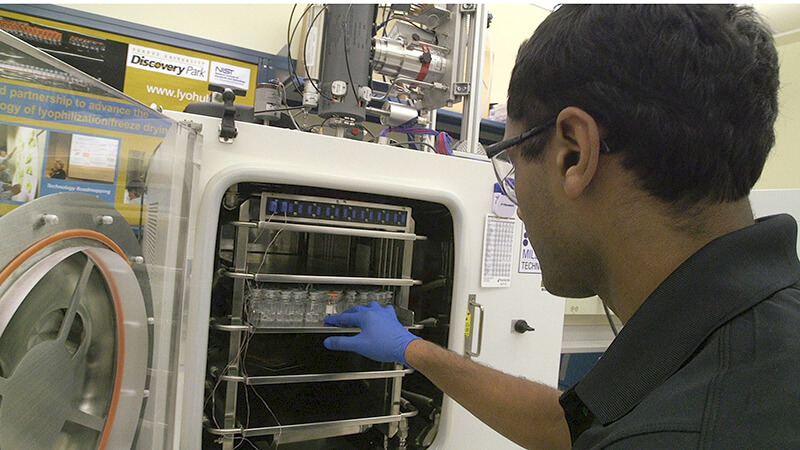 WEST LAFAYETTE, Ind. – A consortium of experts is working to modernize a process that is used in making a wide range of products, from freeze-dried space foods to lifesaving wonder drugs.

The process, called “lyophilization,” removes water at low temperature and pressure. Lyophilization is needed for products that would be damaged if they were dried by heating, but it can be slow, energy-intensive and expensive.

A new 10-year road map to identify the improvements that are needed in lyophilization is being published by the Advanced Lyophilization Technology Hub, or LyoHUB, at Purdue University.

One needed improvement is the introduction of disruptive new technologies that would dramatically increase the efficiency of lyophilization, said Elizabeth Topp, a professor in Purdue’s Department of Industrial and Physical Pharmacy who co-leads the consortium with Alina Alexeenko, a professor in the School of Aeronautics and Astronautics. A YouTube video is available at https://youtu.be/Gt_nmQLMPOk.

Lyophilization was developed during World War II to preserve blood products and penicillin. While there have been significant advances since that time, the fundamental lyophilization process has not changed. Disruptive new approaches to low temperature drying could improve manufacturing efficiency and reduce costs.

“Ultimately, we’d like to help bring about high-quality, lower cost, more readily available pharmaceuticals and food products that are made with lyophilization or related new technologies,” Topp said. “The Lyophilization Technology Roadmap presents the collective view of trends, drivers and technology development opportunities of over 100 industrial, academic and government experts working in this area.”

The LyoHUB leadership team also includes Michael Pikal, a professor of pharmaceutics at the University of Connecticut; and Steve Nail, senior research scientist at Baxter Biopharma Solutions. They provided leadership in producing the road map with Steve Shade, managing director of Purdue’s Center for Advanced Manufacturing, and more than 100 experts from across the country.

The road map will be launched on Tuesday (Sept. 12) during a conference of the International Society of Lyophilization – Freeze Drying, Inc., in Cambridge, Mass.

The road map identifies key factors driving change, gaps in technology that require research solutions, industry needs, educational roles and regulatory issues impacting the field over the next decade. It was developed with input from the pharmaceutical and foods industries, lyophilization equipment and instrumentation manufacturers, related industries, academia and government agencies. 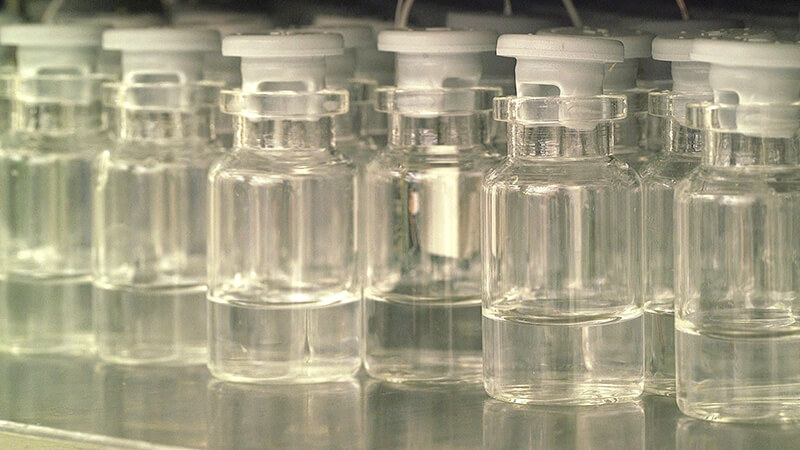 “There are three big areas where we need technological innovation: products, process and equipment,” Pikal said.

Lyophilization is performed inside a chamber under low temperature and pressure. The process must be used to manufacture a class of drugs created with biotechnology, harnessing genetically altered cell cultures to produce complex proteins and peptides. The compounds are said to be “large molecules” and are nearly 1,000 times larger than conventional, small-molecule drugs. These large molecule drugs are too fragile to be dried by heating.

“The energy efficiency of a production lyophilizer is well under 5 percent, so it’s terribly energy-inefficient,” Alexeenko said.

It’s also slow and often a bottleneck in pharmaceutical manufacturing.

“There is a lot of room in the near term to make improvements in how we do lyophilization by tweaking the current technology,” Topp said. “In the long term, we want to start all over again in the design of the equipment. We want to design a lyophilizer that operates in what we call continuous mode.”

Instead of the current batch method, researchers envision a system that runs continuously, where raw materials are fed into one end and finished products roll out of the other end. Such an innovation would lead to dramatic improvements in efficiency.

“At the same time, we want to explore other kinds of drying technologies that might be quicker, less expensive and still preserve the integrity of the products,” Topp said.

The LyoHUB has 14 industry members, including pharmaceutical companies and equipment manufacturers, and also brings together experts from academia, representatives from the U.S. Food and Drug Administration and other government agencies.

“Nothing happens without going through the FDA, which regulates pharmaceutical manufacturing processes in addition to products,” Topp said. “We aren’t going to succeed in making any innovations in this process unless we deal with the regulatory part. So, it’s important to figure out how this group of people talks to the FDA and other regulatory agencies.”

One way that LyoHUB will communicate with regulatory agencies is by publishing “best practices” papers. Each best practices paper will summarize current opinions about an aspect of lyophilization, as well as improvements that are needed. Best practices for industry procedures will be disseminated through research publications, workshops, education and workforce training. Earlier this year consortium members led by Nail authored the first in a series of best-practices papers, appearing in the journal AAPS PharmSciTech, published by the American Association of Pharmaceutical Scientists. The paper is available online at http://link.springer.com/article/10.1208/s12249-017-0733-1 or on the LyoHUB website, www.lyohub.org.

“Another piece of the road map deals with education, and that encompasses everything from training equipment operators in how to do this better to graduating Ph.D.-level scientists who understand the ins and outs of how to make the whole thing work better,” Topp said.

LyoHUB was formed in 2014. The center has been funded by the National Institute of Standards and Technology through a $453,623 planning grant from its Advanced Manufacturing Technology Consortia, or AMTech, program.

In 2016, Purdue launched the LyoHUB Lyophilization Technology Demonstration Facility in the university’s Discovery Park. The facility, in the Birck Nanotechnology Center, is used for research and development and pilot demonstration projects. Because companies have access to this facility they can develop technological innovations in lyophilization faster and more cooperatively.

“The Demonstration Facility has already brought together researchers from fields as distinct as pharmaceutical science, electrical engineering, materials science and engineering and biomedical engineering,” Topp said.

The consortium also is supported by industrial membership fees and a grant from Indiana’s Next Generation Manufacturing Competitiveness Center, IN-MaC. The LyoHUB Lyophilization Technology Roadmap can be downloaded from the LyoHUB website at www.lyohub.org or directly at http://bit.ly/download-lyohub-roadmap.

“The LyoHub consortium and the resulting technology road map has been instrumental in bringing the lyophilization community closer than ever before,” said Arnab Ganguly, scientist and technology manager at IMA Life North America Inc., a manufacturer of pharmaceutical processing equipment. “What earlier seemed to be a group of academics and industry leaders working in isolation on developments, now, through the consortium sat around the same table with representatives from federal agencies. We are optimistic of the level of engagement this has triggered and look forward to collaborative development.”

Note to Journalists: A YouTube video is available at https://youtu.be/Gt_nmQLMPOk. Other multimedia materials are available on Google Drive at https://goo.gl/QHtQu2. The materials were prepared by Erin Easterling, digital producer for the Purdue College of Engineering, 765-496-3388, easterling@purdue.edu. The road map will be launched on Tuesday (Sept. 12) during a conference of the International Society of Lyophilization – Freeze Drying, Inc., in Cambridge, Mass.