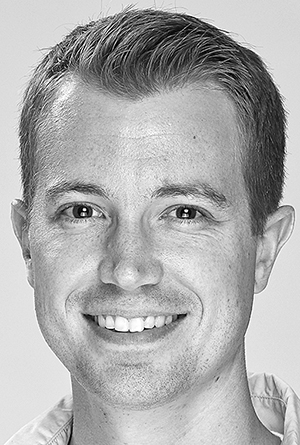 Andrew Mugler, an assistant professor of physics, is part of an international team that will study worm cells shown to rely on precise timing.

Mugler will work in collaboration with Rik Korswagen of the Utrecht University in the Netherlands, and Marie-Anne Felix of IBENS in France. The team is one of 25 worldwide to receive a Human Frontier Science Program grant this year from an applicant pool of more than 800.

“This award is a testament to professor Mugler’s talent and capability as a researcher,” said John Finley, professor and head of the Department of Physics and Astronomy. “Applicants for the prestigious Human Frontier Science Program grants went through a rigorous year-long selection process and global competition. We are proud of his accomplishment.”

Mugler’s team was awarded $1,050,000 over three years for a project that aims to uncover how cells measure time.

“Timing is everything, especially during embryonic development,” Mugler said. “There are remarkable cells that, during nematode development, migrate from the back to the front in order to become neurons. These cells stop at a precise location, but rather than being guided by positional cues or location, they have been shown to have an intrinsic timer. We want to find out how this system maintains such precise timing.”

Studies have shown the cells express a protein that accumulates until it reaches a level where it triggers the cells to stop. However, most protein-expression mechanisms are inherently noisy and are not considered to be precise, he said.

The team will use a combination of molecular genetics tools, comparisons across nematode species and mathematical modeling of protein expression to gain a better understanding of the timing system.

More information about the International Human Frontier Science Program Organization and the 2016 program grants is available at http://www.hfsp.org/awardees/newly-awarded