During his visit to India October 28-31, 2015, President Daniels announced a new Purdue-India Executive Council, which will serve as a high-level advisory board to the university on its strategic engagement with the country. The eleven current council members are Purdue alumni or former faculty: 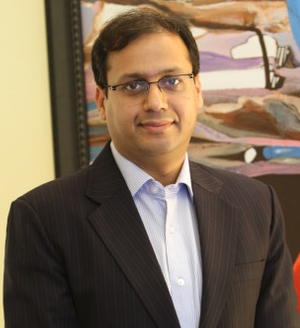 Pawan Agarwal is Deputy Managing Director of Dainik Bhaskar Group (DB Corp. Limited), a media conglomerate where he is currently heading the Digital and Radio division along with the production and IT department of the Print division. He has also been on the Board since the company’s inception. Mr. Agarwal has been awarded by the Prime Minister for his contribution to Indian language journalism and also by Enterprise Asia as one of the outstanding entrepreneurs of Asia-Pacific, 2010. Pawan Agarwal earned his bachelor’s degree in Industrial Engineering from Purdue in 1995 and also attended a program on leadership best practices at Harvard University. 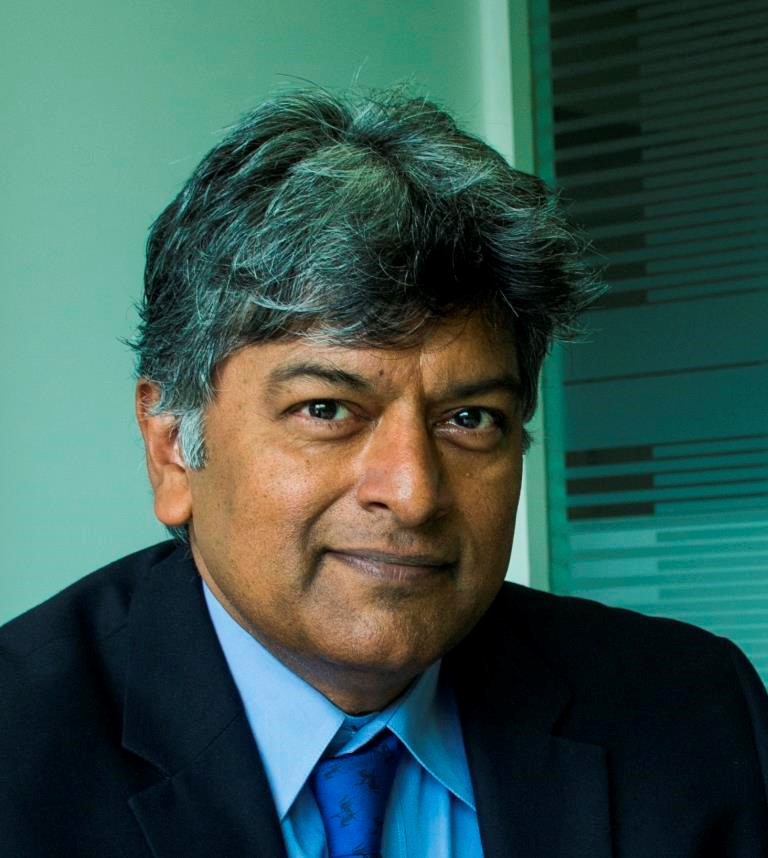 Vijay Chandru earned his doctorate in Operations Research at MIT in 1982 and joined the faculty of Industrial Engineering at Purdue soon after. He served at Purdue for the next ten years before moving to the Indian Institute of Science in Bangalore. He was elected a fellow of the Indian Academy of Science in 1996 and the Indian National Academy of Engineering in 2010. Vijay was a co-inventor of the “Simputer,” India’s first handheld computer in 2001. Vijay now leads India’s largest precision medicine company Strand Life Sciences, the first example of faculty entrepreneurship in India. He was awarded the President’s Medal of INFORMS (Institute for Operations research and Management Science, USA) and Technology Pioneer of the World Economic Forum in 2006. The national magazine India Today named Vijay in the list of 50 Pioneers of Change in 2008.

Madhavi Desai earned her Master of Science in Sociology from Purdue in 1988. With over 25 years of education consulting experience, she pioneered education consulting in India, creating the first-ever counseling firm in India in 1989. She is Founder and CEO of Madhavi Desai Consulting, a professional firm that counsels students who desire to study abroad and in India. In 1989 she established the Bombay office, followed by the Baroda office in 2002, and the Surat office in 2010. Today the firm has grown to 45 young women professionals. It was the first professional organization that envisioned offering complete guidance for students who want to study abroad. Mrs. Desai has personally advised over 23,000 students since her firm’s inception. 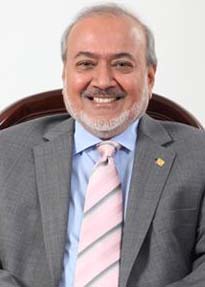 Habil Khorakiwala is the Founder Chairman of Wockhardt Limited, a leading biotechnology and pharmaceutical company headquartered in Mumbai, India. He is also Chancellor of Jamia Hamdard University. In 2004, he received the Ernst & Young Entrepreneur of the Year Award in the Healthcare and Life Sciences category. In 2012, he was recognized during Frost & Sullivan’s annual India Healthcare Excellence Awards with the Lifetime Achievement Award. Dr. Habil Khorakiwala earned his Master of Science in Pharmacy from Purdue in 1966 and was awarded an Honorary Doctorate in Pharmacy in 2010. He also participated in the Advanced Management Program at Harvard Business School.

Bhargav Kotadia graduated from Purdue with a Bachelor of Science in Management in 2011. He is Executive Director of Sahajanand Group of Companies, which was founded by his father. The Sahajanand Group consists of three businesses: Sahajanand Medical Technologies, Sahajanand Technologies, and Sahajanand Life Sciences. Bhargav has served in a number of senior management positions, overseeing projects and corporate development in mid-size companies in the healthcare and high-tech capital machinery industries. Bhargav has been an active leader of the Purdue Alumni India Network. 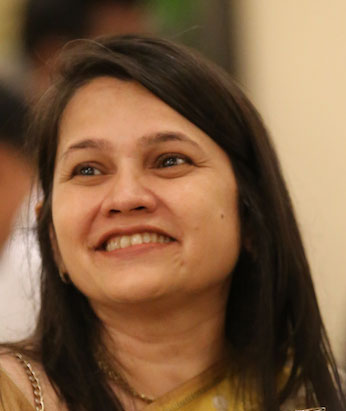 Ritu Nanda is a Director and Founding Partner of Alok Nanda and Company. ANC is India’s leading branding and communication consultancy in the lifestyle, luxury and the corporate communication space. Prior to ANC, Ritu was with Grey Worldwide. She joined Grey in 1985 after completing her Masters in Animal Science, from Purdue University. Ritu is also on the board of the Salaam Bombay Foundation, which empowers vulnerable “at-risk” children from Mumbai's poorest communities to make the right choices and stay in school. She is actively involved in guiding the communication and branding of the Sanctuary Nature Foundation, India’s leading wildlife and conservation NGO. 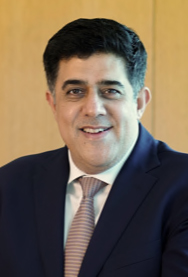 Rajan Navani is the Vice Chairman & Managing Director of the diversified Jetline Group of Companies. With a vision to play a key role in the digital lives of 1.3 billion Indians, the group has recently made significant investments and is building new age businesses in powering varied consumer-facing digital platforms, products and services through group company ‘Jetsynthesys’. Rajan is currently a global board member of the US India Business Council (USIBC), Chairman of the Confederation of Indian Industry’s CII National Council on Future Businesses, Chairman of the CII Council on India@75, and the past National Chairman of the CII Young Indians. Rajan is also a founding trustee of the India@75 Foundation, through which he is working with multiple stakeholders, including government, corporates and civil society in helping build a Dream India by 2022. Rajan completed his Masters in Electrical Engineering from Purdue University in 1995. 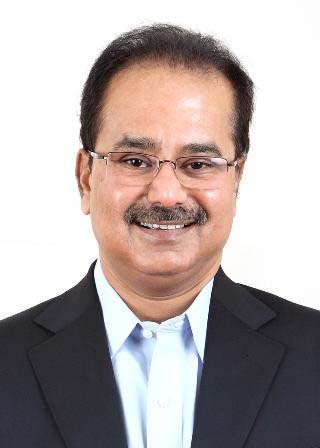 G V Prasad leads the core team at Dr. Reddy’s that has contributed significantly to its transformation from a mid-sized domestic operation into a worldwide pharmaceutical conglomerate. He is the Co-chairman and CEO of Dr. Reddy's Laboratories Ltd., which is headquartered in Hyderabad, India. A Chemical Engineer from the Illinois Institute of Technology in Chicago, Prasad also holds a Master’s degree in Industrial Administration from Purdue University. He was declared India's Best CEO in the Large Company category by Business Today in 2014 and India Business Leader of the Year by CNBC Asia in 2015. 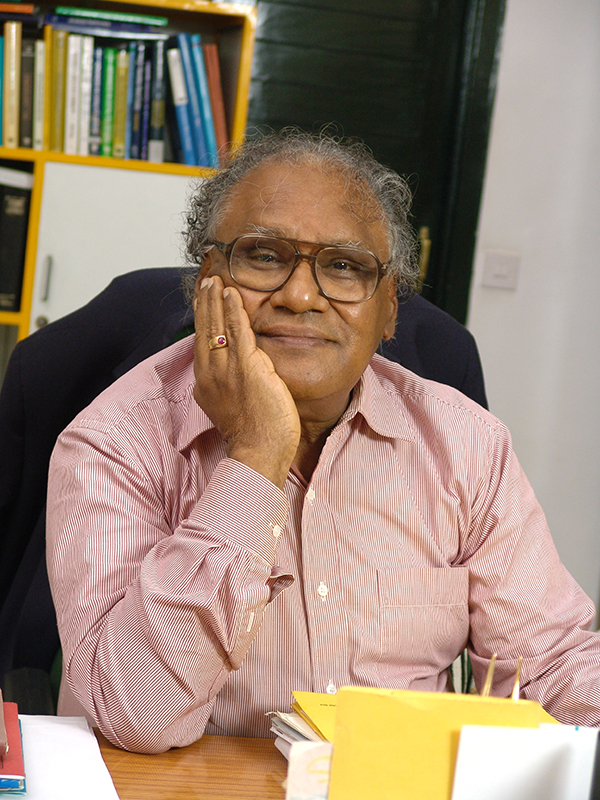 Bharat Ratna C N R Rao is a chemist and Head of Prime Minister Modi’s Scientific Advisory Council. Dr. Rao graduated from Purdue in 1958 with a Doctor of Philosophy degree in Chemistry and was awarded an Honorary Doctorate in Science in 1982. He is the Linus Pauling Research Professor and Honorary President of Jawaharlal Nehru Centre for Advanced Scientific Research (JNCASR). He is also a Distinguished Visiting Professor of Materials at UC Santa Barbara. He is a Fellow of the Royal Society of London, the Indian Academy of Sciences, and the Indian National Science Academy. He is a Foreign Associate of the National Academy of Sciences and a Founding Fellow of the Third World Academy of Sciences. Dr. Rao has received many awards for scholarship and science and was the first recipient of the India Science Award instituted by the Government of India. 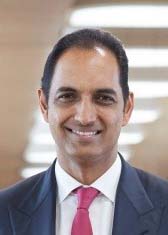 G V Sanjay Reddy is the Vice Chairman of GVK, a conglomerate with interests in Energy, Airports, Transportation, Resources, Real Estate, Hospitality and Life Sciences. He was instrumental in making GVK the largest private airport operator in India, by owning, developing and operating the Mumbai and Bengaluru airports, which handle over 50 million passengers per year. He founded GVK Biosciences, which is one of Asia’s largest contract research organizations employing more than 2000 scientists. He is involved with GVK EMRI 108 service, which is the world’s largest ambulance service offered free of cost to over 800 million people across India and having saved more than one million lives until date. He holds a Bachelor’s Degree in Industrial Engineering from Purdue University and an MBA from University of Michigan, Ann Arbor. 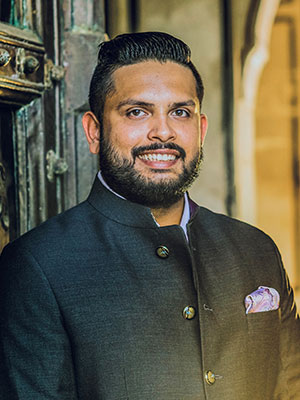 Rudra ‘Rudy” Shriram is the Sr. Vice President of DCM Shriram Industries Ltd, a diverse company involved in the manufacturing of sugar, chemicals, alcohol, industrial fibers and engineering products, based out of New Delhi, India. Rudy currently looks after the company’s engineering vertical and defense ventures. An avid golfer and philanthropist, he is Vice President of Dribble Academy Foundation, a charitable organization providing over 5000 underprivileged children with direction and guidance through basketball. He is also actively involved in the various philanthropic activities run by his family. Rudy is a core team member of the Purdue Alumni India Network and the leader of its Delhi chapter. He is the recipient of the 2015 Outstanding Young Alumni Award and the 2019 Purdue Alumni Impact Award from the Purdue Alumni Association. He earned his Bachelors of Science degree in Economics from Purdue in 2013.