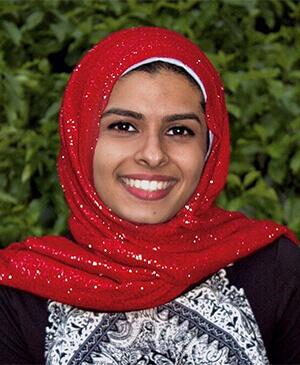 Kokan is a native of Carmel, Indiana, and is pursuing majors in brain and behavioral sciences and global studies. She supports community in multiple ways, and she is pursuing a future in improving systemic methods for providing mental health care to marginalized groups and decreasing the prevalence of policies that contribute to poor well-being. The Truman Scholarship recognizes and invests in leaders dedicated to public service.

“I aspire to help reduce systematic discrimination at local and national levels by creating and advocating for policies that invoke the public health and socio-political contexts in which bias arises,” Kokan says. “I hope to implement community-based programs that highlight the menta health impact of anxiety related to the perils of discriminatory rhetoric and nationalism."

Jay Akridge, Purdue provost and executive vice president for academic affairs and diversity, says, “We are proud of our Boilermakers who lead through public service and excel as scholars. Zeba is a shining example of both and is most deserving of this prestigious scholarship, which will support her in her efforts to improve our world.”

At the heart of Kokan’s efforts are supporting the common struggles of groups marginalized on the basis of race, religion, or gender and gender identity, and the necessity of spreading any gains of one group for the benefit of all. As director of diversity and inclusion for student government and a member of Purdue’s Inclusion Diversity Ambassadors Program, she has stood for all students. In her role as Midwest regional program chair of the Muslim Youth of North America, she has overseen programming for the social and spiritual needs of the community, and promoted civic and service engagement. Her experience includes initiating Islam Awareness Week as president of Purdue’s Muslim Students Association.

Her focus on academics also is noteworthy. She has conducted research on trauma and narrative identity. The combination of her two majors, brain and behavioral sciences and global studies, is of particular interest to her goals as a public servant, says  Tithi Bhattacharya, associate professor and director of the Global Studies Program in the College of Liberal Arts.

“Zeba has managed to use different elements of her two majors – majors that could be, for many, quite irreconcilable – to do stellar academic work,” Bhattacharya says.  “This is evident not only in her scholarship, but also in how she combines her faith work, her academic priorities and her commitment to social justice.”

The Harry S. Truman Scholarship Foundation focuses on students in their junior year of college who are committed to pursuing a career in public service. The scholarship was established in 1975 in honor of  former president Harry Truman and provides up to $30,000 per scholar for graduate-level studies, leadership training and counseling, and access to exclusive internships within the federal government. Truman Scholars include Supreme Court Associate Justice Neil Gorsuch; former National Security advisor Susan Rice; and Wired Editor-in-Chief Nicholas Thompson. Kokan is the third Purdue student named a Truman Scholar in four years.

Purdue students interested in pursuing competitive external scholarships and grants, including but not limited the Harry S. Truman Scholarship, are encouraged to contact the National and International Scholarships Office.