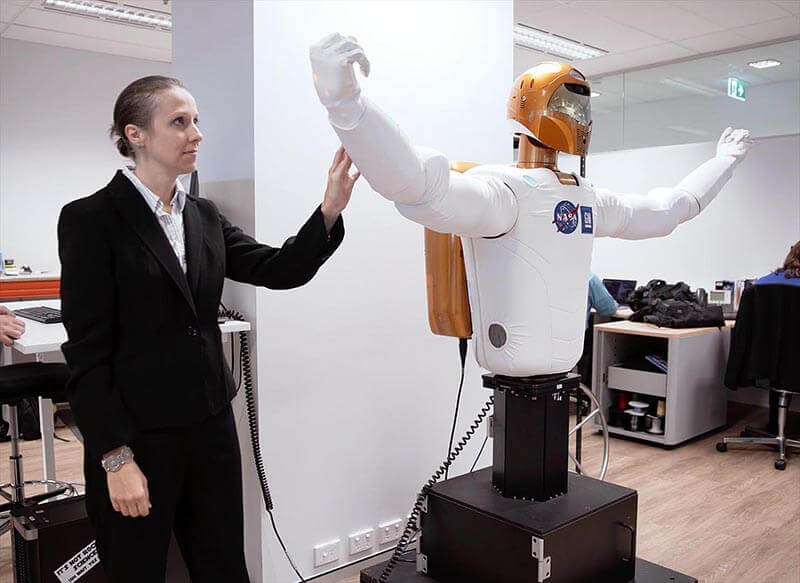 Julia Badger, a 2003 Purdue graduate, is a project manager for the Robotics and Intelligence for Human Spacecraft Team at NASA’s Johnson Space Center. Her team is currently working on autonomous robots to assist humans in space exploration. (Photo provided)


WEST LAFAYETTE, Ind. — Since Neil Armstrong made the historic giant lunar leap, the space industry has changed drastically. NASA has been joined by private companies looking to expand the industry and explore space more in-depth. Among those advancing the industry are thousands of Purdue alumni, working for NASA or within the private sector.

More than one-third of all U.S. spaceflights with humans aboard have included at least one Boilermaker. Purdue astronauts have spent the equivalent of more than 1,100 days in space. And not to mention, Purdue graduated the first and most recent people to walk on the moon. Armstrong’s moon landing is the inspiration for Purdue’s 150 Years of Giant Leaps, and Space: Earth, Exploration and Economics is one of the celebration’s themes. The campaign launched Homecoming 2018 and it concludes this Homecoming on Saturday (Oct. 12) with an astronaut reunion.

And on the ground, hundreds, if not thousands, of Purdue alumni work in the space industry today. In the past five years alone, 167 employers in the airline, aviation and aerospace industry have hired Purdue graduates, according to Purdue’s Center for Career Opportunities. 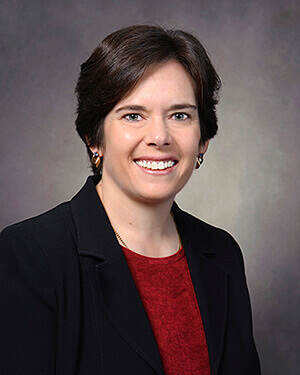 “The education that Purdue students receive is world-class,” said Tim Luzader, director of the Center for Career Opportunities. “Purdue’s curriculum provides a strong foundation of knowledge, especially relevant to the space industry, promotes an advanced understanding of thermodynamics, control systems and propulsion among other applicable areas. Team-based design work further equips Boilermakers to be successful in the space industry.”

Positions held by graduates vary widely across the space industry, both at NASA and in the private sector. Examples include:

* To engineer and design launch systems and launch vehicles: Tamaira Ross graduated from Purdue with a Bachelor of Science in Aeronautical and Astronautical Engineering in 1996 and a Master of Science in Aeronautics and Astronautics in 1998. Ross is a principal manager and configuration design engineer at Blue Origin, an American company working toward sustainable space flight through rockets that can be reused upon landing. In her fourth year at Blue Origin, she continues to work on New Glenn, an orbital launch vehicle program with a first stage built for 25 missions. New Glenn would have the capability of carrying people and payloads to Earth’s orbit and beyond. 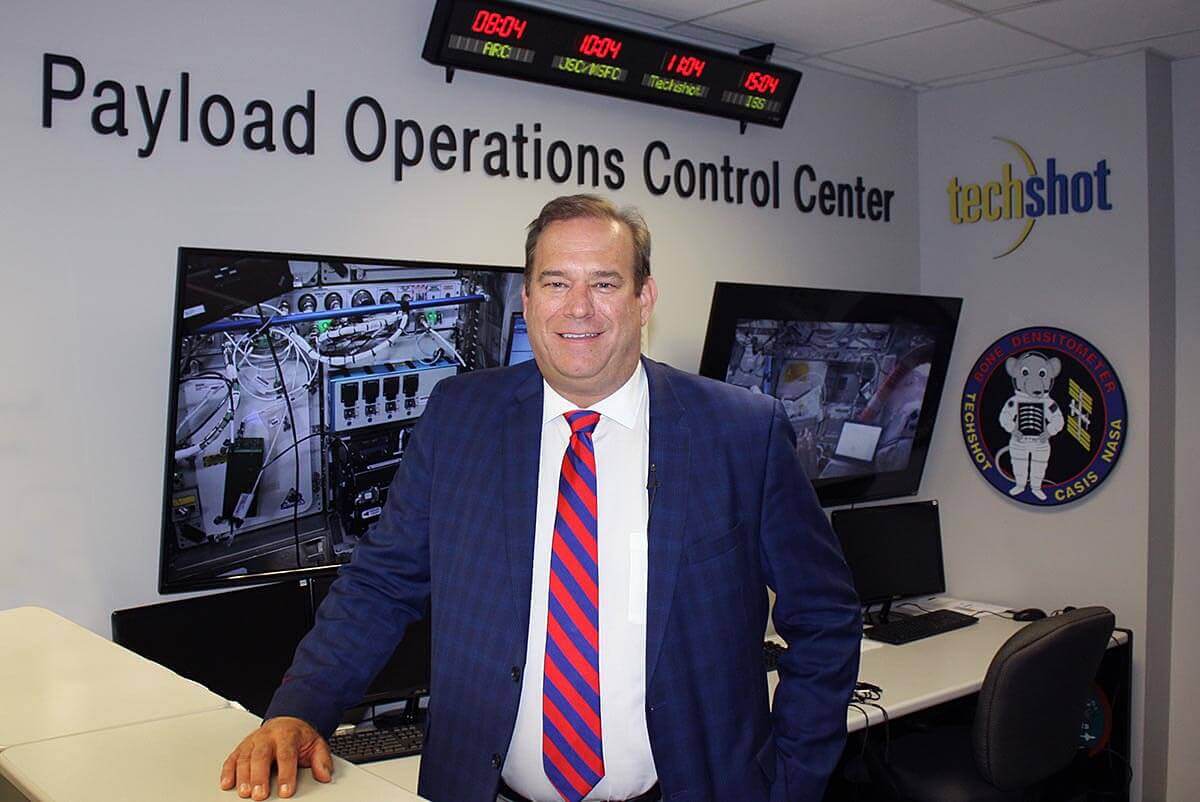 John Vellinger, founder and CEO of Techshot, studied mechanical engineering at Purdue. As a student, his experiment, Chix in Space, launched with the space shuttle Discovery. (Photo provided) Download image

* To create experiment modules for International Space Station: John Vellinger received his bachelor’s degree in mechanical engineering from Purdue in 1989. While a Purdue student, he also had an experiment onboard the space shuttle Discovery (Chix in Space). Vellinger is the founder and CEO of Techshot, a company that custom-builds experimental modules focused on testing biomedical applications and biomanufacturing in space. Techshot’s latest project with the SpaceX CRS-18 cargo mission sent a 3D printer capable of manufacturing human tissue in space’s microgravity. The project was developed with the help of an advanced industrial 3D bioprinter and an electronic printer manufacturer, nScrypt, with the goal of manufacturing hearts and other organs in space. Space provides the perfect environment for manufacturing human tissue as its zero gravity prevents the soft biomaterials and tissue from collapsing under its own weight.

* To design and test robotic systems: Julia Badger, a 2003 graduate with a Bachelor of Science in Mechanical Engineering, works at NASA’s Johnson Space Center as project manager for the Robotics and Intelligence for Human Spacecraft Team. Her role includes designing the next generation of autonomous robots that will assist humans in space exploration. Badger was the application designer on the team behind NASA’s most ambitious robotics project, Robonaut, a humanoid robot designed to assist astronauts and complete mundane tasks. Robonaut launched to the International Space Station in 2011, but returned following hardware problems. Badger and her team are currently working on autonomous robots for the 2022 launch of NASA’s lunar Gateway, a mostly uncrewed space station that will provide power, propulsion and communications for future missions to the moon and beyond. 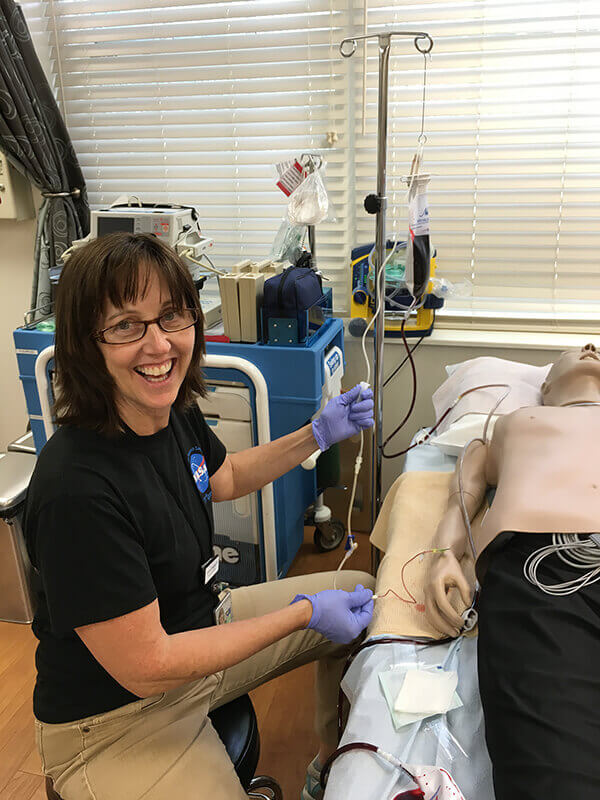 Caroline Mullen Gerughty is an occupational health nurse practitioner at NASA Ames Research Center. She received her Bachelor of Science in Nursing from Purdue in 1984. (Photo provided) Download image

* To help prevent illness and injuries at NASA: Caroline Mullen Gerughty graduated from Purdue in 1984 with a Bachelor of Science in Nursing. She received a master’s degree from University of California, San Francisco in 1993 and became an adult nurse practitioner with a specialty in occupational health. The master's degree led Gerughty to become an occupational health nurse practitioner at NASA Ames Research Center in California. Her job includes reviewing electronic medical records, electrocardiograms, audiograms, spirometry and vision testing, as well as completing health and occupational histories and physical examinations. In emergencies, she is certified to drive an ambulance to transport patients to their clinic. Gerughty’s job involves patient education for health maintenance, occupational health, planning Medical Emergency Response Team drills, participating in safety days, and updating staff policies and training.