Prof: Money can buy happiness but it's costly to bank on that without measuring debt 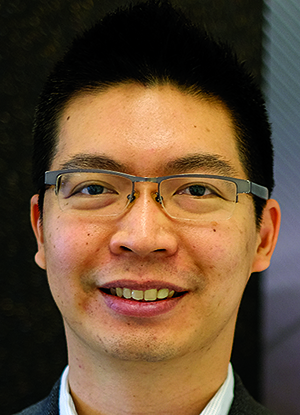 WEST LAFAYETTE, Ind. — Yes, money can lead to happiness, but how much debt one has should also be considered in the money-happiness equation, according to a new a study from Purdue University.

"There has been a lot of research looking at whether and how income makes people happy in life, but few studies have examined whether debt can detract from happiness. We found that carrying student loan debt is almost as important as income in predicting financial worry and life satisfaction," said Louis Tay, an assistant professor of psychological sciences, who studies the effects of income and money on happiness.

The study's results are published in the Journal of Happiness Studies. The survey results are from the Gallup-Purdue Index, which provides a measure of how college graduates are doing on five key dimensions of well-being: purpose, social, physical, financial and community. Tay also is member of the committee evaluating results of the ongoing survey.

An online college alumni sample of 2,781 individuals from the United States was used in Tay's study. On average, these individuals graduated from college in 2008 and had been paying student loans for at least seven years. In addition to demographic data, Tay's analysis looked at the relationships between average household income, student loan amount, life satisfaction and financial worry.

"We always think about how much income you can earn, but the reality is you can't guarantee what you will earn post-college," Tay said. "There is a lot in the news about reducing, balancing or managing college student debt, and this study shows the burden it can take on one's life for the long term."

Tay said future studies will need to look at other sources of debt as well as the role of "good" debt vs. "bad" debt, among the various kinds of debt, such as a mortgage, student loans or credit cards.

"How student loans are categorized for the long-term would be interesting," Tay said.  "For example, to what extent is it viewed as an investment, and does that vary among careers?"

To spur research on the topic of debt and its consequences, we conducted a systematic review to integrate the different conceptualizations of debt and to develop a conceptual model explaining mechanisms, through which debt influences subjective well-being (SWB). Our conceptual model weaves two common themes from the prior literature: (a) a bottom-up spillover perspective where debt affects SWB via the financial domain (and possibly other life domains that are negatively affected through spillover); and (b) a resource perspective wherein debit is a strain on financial resources, which, in turn, lowers SWB. Further, we review past empirical studies assessing the linkage between debt and SWB. A majority of associations (90%), from 20 studies, revealed at least one significant negative effect between debt and SWB. Further, a random effects meta-analysis of seven studies showed a small relationship between debt and SWB (r = -.07), although there also appear to be critical moderators such as levels of debt, source of debt, and overall financial resources. To test our conceptual model, we conduct a moderated meditation analysis of a large scale representative sample of college graduates with Internet access in the United States (N = 2781) to examine the effects of student loans on SWB. Debt and income accounted for 40 and 60% of the predicted variance of life satisfaction, respectively. In addition, the bottom-up perspective and resource perspectives were supported. One critical limitation is that there are not many studies on debt and SWB. Future areas for research are discussed.