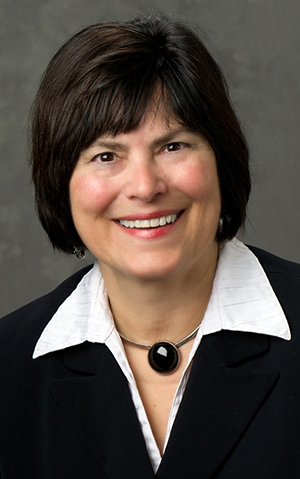 WEST LAFAYETTE, Ind. — Supplementing with soluble corn fiber at two critical times in a woman’s life – adolescence and post-menopause – can help build and retain calcium in bone, according to new research from Purdue University.

“We are looking deeper in the gut to build healthy bone in girls and help older women retain strong bones during an age when they are susceptible to fractures,” said Connie Weaver, distinguished professor and head of nutrition science. “Soluble corn fiber, a prebiotic, helps the body better utilize calcium during both adolescence and post-menopause. The gut microbiome is the new frontier in health.”

A prebiotic fiber passes through the gut for the microbes in the lower gut to digest. Here is where Weaver found that soluble corn fiber is broken down into short chain fatty acids to aid in bone health.

In the post-menopausal study, calcium retention was measured in 14 women by using an isotope to measure the excretion of 41Ca to measure bone loss. The women consumed 0 grams, 10 grams or 20 grams of this nondigestible carbohydrate each day for 50 days. Bone calcium retention was improved by 4.8 percent and 7 percent for those who consumed 10 grams and 20 grams, respectively. These amounts of soluble corn fiber would be found in supplement form.

“If projected out for a year, this would equal and counter the average rate of bone loss in a post-menopausal woman,” said Weaver, an expert in mineral bioavailability, calcium metabolism, botanicals and bone health.

The calcium 41 technology, an isotope measure to trace calcium deposits through accelerator mass spectrometry in the Purdue Rare Isotope Measurement Laboratory (PRIME Lab), can measure atomic quantities. In the adolescent study, 44Ca and 43Ca were used.

Thirty-one girls either consumed 0 grams, 10 grams or 20 grams of soluble corn fiber carbohydrate each day for three weeks while maintaining their regular diets. Both 10 grams and 20 grams led to improved calcium absorption by 12 percent for female adolescents, which would build 1.8 percent more skeleton a year.

In both studies, gastrointestinal symptoms were minimal and the same for the control groups, as well as in those who consumed soluble corn fiber.

“Most studies looking at benefits from soluble corn fiber are trying to solve digestion problems, and we are the first to determine that this relationship of feeding certain kind of fiber can alter the gut microbiome in ways that can enhance health,” Weaver said. “We found this prebiotic can help healthy people use minerals better to support bone health.”

Calcium is considered a shortfall nutrient, and few people meet the recommended intake of 1,300 milligrams of calcium for healthy bone mass.

“The finding doesn’t mean we should diminish our recommendation to drink milk and follow a well-balanced diet. This is a strategy to better utilize your minerals for those not consuming the whole recommendation of dairy,” Weaver said. “Calcium alone suppresses bone loss, but it doesn’t enhance bone formation. These fibers enhance bone formation, so they are doing something more than enhancing calcium absorption.”

Weaver’s team is looking into the mechanisms of how soluble corn fiber boosts calcium absorption and retention, as well as if the prebiotic fiber benefits the body in other ways.

In 2011 she was appointed to the Institute of Medicine's Food and Nutrition Board, and in 2005 she was appointed to the U.S. Dietary Guidelines Advisory Committee. She also served on the National Academy of Sciences Food and Nutrition Board Panel to develop new requirement recommendations for calcium and related minerals. Her lab’s previous work identified these optimal calcium levels for healthy bone growth during puberty to prevent osteoporosis later in life.

Note to Journalists: Journalists interested in the articles from the Journal of Nutrition and the American Journal of Clinical Nutrition can contact Amy Patterson Neubert, Purdue News Service, at 765-494-9723, apatterson@purdue.edu

Background: Dietary soluble corn fiber (SCF) significantly improves calcium absorption in adolescents and bone strength and architecture in rodent models. Objective: In this study, we aimed to determine skeletal benefits of SCF to postmenopausal women. Design: We used our novel technology of determining bone calcium retention by following urinary appearance of 41Ca, a rare long lived radioisotope, from pre-labeled bone to rapidly and sensitively evaluate the effectiveness of SCF to reduce bone loss. A randomized-order, crossover, double-blinded trial was performed in 14 healthy postmenopausal women to compare 0 g/d, 10 g/d, and 20 g/d fiber from SCF for 50 days. Results: A dose-response effect was demonstrated with 10 g/d and 20 g/d fiber from SCF, improving bone calcium retention by 4.8% (P < 0.05) and 7% (P < 0.04) respectively. Bone turnover biomarkers N-terminal telopeptide and osteocalcin were not changed by the interventions; however, a significant increase in bone-specific alkaline phosphatase, a bone-formation marker, was detected 0 g/d and 20 g/d fiber from SCF (8%, P = 0.035). Conclusions. Daily SCF consumption significantly increased bone calcium retention in postmenopausal women, improving bone calcium balance by an estimated 50 mg/d.

Background: Soluble corn fiber (SCF; 12 g fiber/d) is shown to increase calcium absorption efficiency, associated with shifts in the gut micriobiota in adolescent males and females who participated in a controlled feeding study.

Objective: We evaluated the dose response of 0, 10, and 20 g fiber/d delivered by PROMITOR SCF 85 (85% fiber) on calcium absorption, biochemical bone properties, and the fecal microbiome in free-living adolescents.