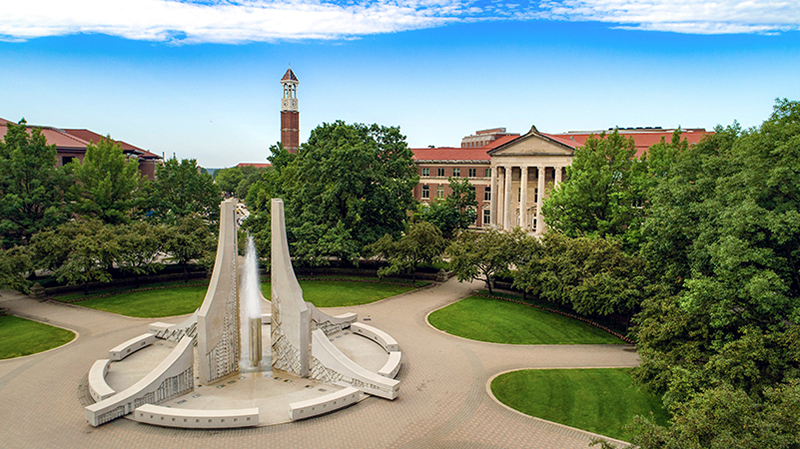 A series of aggressive affordability and accessibility measures, led by a move to freeze tuition for over a decade, is helping Purdue University counter a troubling trend where a growing number of Indiana high schoolers, particularly Black and Hispanic students, are choosing to bypass college.

That commitment to hold the line on tuition, combined with efforts to grow in-state enrollment, establish programs to boost the number of admitted Black Boilermakers and rural students, and leverage Purdue’s national academic prominence, has yielded record-setting results.

Yet Purdue officials say the university must keep up its focus and diligence in advancing, innovating and transforming higher education, student recruitment, and diversity and engagement efforts to help stem the statewide decline of high schoolers opting to attend college.

Indiana’s college-going rate dropped significantly in 2020, largely because of the COVID-19 pandemic, falling to 53% from 59% in 2019, the latest report from the Indiana Commission for Higher Education shows.

“Details of the latest college-readiness report from the Indiana Commission for Higher Education should raise flags and serve as a wake-up call for our state’s entire higher education community,” said Mitch Daniels, president of Purdue.

“Fortunately, Purdue remains an exception in many key factors of concern cited in the report with our persistent commitment to affordability and accessibility. We’ve also responded by creating innovative pathways, such as Purdue Polytechnic High Schools, our Summer Start conditional admission program, and other measures to recruit and better equip underrepresented high schoolers for a successful college experience.”

In what state higher education officials say is by far the lowest rate — and sharpest plunge — in at least a generation, the 2020 figures also follow a national decline in the college-going rate and enrollment, the report shows. Moreover, Indiana’s drop outpaced the national average as every demographic breakout in the state’s data saw declines in college-going rates for the 2020-21 academic year, including race/ethnicity, socioeconomic status, gender and geography.

Purdue, Indiana University and Indiana State University were the only three major statewide universities to experience year-over-year enrollment increases in their share of the 40,721 Indiana high school students going straight to college in fall 2020. IU-Bloomington came in at a 15% share, Purdue West Lafayette at 13.8% and ISU at 4.4%.

Go to che.in.gov to read the full Readiness Report on Indiana’s 16 two- and four-year colleges.

According to the ICHE report, family wealth plays a major role in whether a young person goes to college. Less than 40% of Hoosier youth who come from families that qualify for the federal free and reduced lunch (FRL) school program go straight to college (families of two earning less than $34,000 a year qualify for FRL). Over 61% of Hoosiers with family incomes above the FRL threshold go straight to college.

With affordability and accessibility at the forefront of its mission and buoyed by record enrollment, Purdue has kept tuition at its 2012-13 levels of $9,992 per year for Indiana residents and $28,794 for out-of-state students for 11 consecutive years, running at least through 2023. This effort has included 10 consecutive years with no increase in the residence hall rates on its West Lafayette campus. Today, Purdue has the lowest room and board rates in the Big Ten, vs. the second highest in 2013.

The result: The overall cost of attending Purdue is lower than it was in 2012-13. And Boilermaker students and their families will have saved over $1 billion in total on educational and living expenses, compared with what they would have paid if Purdue had raised tuition and fees at the national average. Annual in-state tuition, for example, would be $1,400 higher today if Purdue had followed the national trend.

At the same time, nearly 60% of Purdue students graduate debt-free today, vs. the national average of 39%.

A testament to these efforts, Purdue ranked No. 7 Best Value School in the U.S. for 2020 by The Wall Street Journal/Times Higher Education.

Indiana’s Black students, who already had a low college-going rate, decreased the most since the start of the pandemic, with a 7-percentage-point decrease between 2019 and 2020 (50%
to 43%, respectively), the report indicates. Hispanic and Latino students were 5 percentage points less likely to go to college after the pandemic (49% to 44%, respectively).

For the 2020-21 academic year, Purdue’s underrepresented minority enrollment totaled 3,749 undergraduates — nearly 1,300 more minorities than in 2012 and representing 12% of domestic enrollment. Meanwhile, 8,200, or 27%, of domestic undergraduates were U.S. minorities, which also includes Asian American students. That was almost double the 4,140 enrolled in 2012.

With the full backing of its trustees, Purdue launched a $75 million Equity Task Force initiative in fall 2020, which includes hiring additional recruiters to attract Black students, expanding existing programs such as Emerging Leaders, and introducing $25 million in scholarship opportunities for underrepresented minority students.

Meanwhile, since its 2017 launch, Purdue Polytechnic High Schools has become a new K-12 pathway that leads to Purdue, especially for students who have been underserved by traditional high schools and underrepresented in higher education. PPHS immerses students and their families in an innovative learning community, offering tuition-free, STEM-focused experiences.

PPHS celebrated its second graduating class this spring. Of 113 graduates from its three locations in Indianapolis and South Bend, 34, or 30%, have accepted admission offers to Purdue’s West Lafayette campus; 40, or 35%, have been accepted at other colleges; and 13, or almost 12%, will attend trade schools or enlist in military service.

An analysis from an interactive dashboard of the ICHE report indicates that 30.5% of students in Indianapolis Public Schools and 43% of those in the South Bend Community School Corp. went directly on to college after graduating from high school in 2020 — well below the 53% statewide average. At the same time, 28% and 41.2% of the students, respectively, from those school districts met the early college-readiness benchmarks.

“Certainly, addressing these challenges for Indiana is a daily priority for our entire Boilermaker community, consuming the energy of every administrator, faculty member and staff member to ensure we communicate, demonstrate and deliver the value of a Purdue education to our state’s high school students and their parents,” Daniels said.

Responding to a gap, highlighted in the ICHE report, in the number of rural students choosing to attend Indiana colleges right out of high school, Purdue launched Fast Start in February 2020 through a partnership with the nonprofit education alliance ModernStates.org.

The innovative program ensures admission to students from Indiana who pass a minimum of five College-Level Examination Program (CLEP) tests and meet Purdue’s standard admissions requirements. While available to all Indiana high schoolers, Fast Start is especially beneficial for aspiring college students facing affordability challenges as well as those from more rural parts of Indiana at schools unable provide a full menu of Advanced Placement courses.

Men go to college at much lower rates than women, and that gap continues to widen, the ICHE report shows. Sixty-one percent of women in 2020 went to college, compared to 46% of men. A decade ago, twice as many men as women in Indiana pursued a degree in a science, technology, engineering or mathematics (STEM) field.

That gap has narrowed, the ICHE report indicates, mainly because of a drop in men pursuing STEM majors and a slight increase for women. The report also indicates that, for the first time in recent history, the male college-going rate fell to below half (46%) in 2020.

According to the latest rankings by Forbes, Purdue ranked fifth nationwide for the most STEM undergraduate degrees awarded during the 2019-20 school year, further reinforcing the university as Indiana’s STEM school and a national driver for innovation, committed to enhancing state and national capacity for economic growth.

Notably, while the ICHE report points to the dramatic impact of the COVID-19 pandemic on the number of high school students deciding to attend college, Purdue actually experienced record enrollment during this period, attributed largely to its comprehensive Protect Purdue Plan.

Throughout the pandemic, Purdue was among the earliest universities to craft and communicate plans and policies for a safe opening. And in a 2021 student survey, nearly 50% said Purdue’s approach to the pandemic made them more interested in Purdue, and 98% said the school’s opening during 2020 either increased or didn’t affect their decision in becoming Boilermakers.

A separate national study of the high school Class of 2021 by Carnegie supported the Purdue data, indicating that over 70% of incoming students nationwide preferred a university that would be open with social distancing and mask requirements, and less than 30% were willing to attend a university that waited until late in the summer to provide COVID-19 opening information.

Another draw for Purdue, particularly during the pandemic: A primary motivator, incoming students said, was the anticipated opportunities for hands-on learning experiences and career development. Nearly 1 in 4 cited “lots of hands-on experience such as internships” as the top factor in choosing Purdue, and a similar number noted “strong academics with career preparation.”

Purdue has placed a special emphasis on these areas through creation of the Purdue Polytechnic Institute in the original Purdue Moves and the expansion of experiential learning through Transformative Education 2.0, one of Purdue’s Next Moves.

The Indiana Commissioner for Higher Education calls for robust and thoughtful action to stem the decline of high school students in the state opting to go directly to college, outlining a series of specific recommendations:

“We must look beyond the traditional approaches to education for both youth and adult learners. This demands more intentional partnerships with our higher education institutions and employers, as well as strengthened policies and programming aligned to student success. We have a solid foundation upon which to continue building, but it will take time and focused effort to tackle these challenges. There are clear economic benefits that come with greater levels of education. People with a bachelor’s degree or higher are more likely to be employed and participating in the workforce, and they have significantly higher wages and a greater overall net worth. It is critical that we ensure all Hoosiers can access the opportunity that education and training beyond high school can provide.”