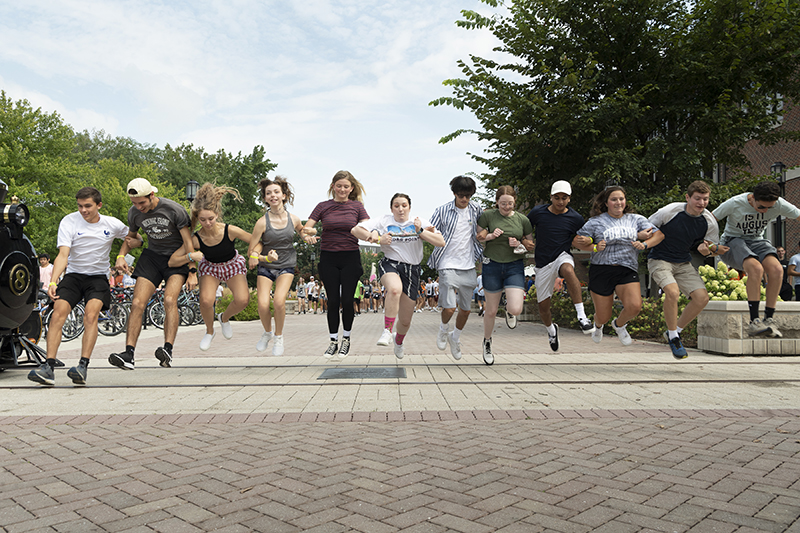 WEST LAFAYETTE, Ind. — Purdue’s incoming freshman class is a record 10,191, the result of an unprecedented and unanticipated jump in the rate at which out-of-state U.S. applicants accepted admissions offers. A new survey of admitted students shows that the university’s success navigating the pandemic, as well as its reputation for affordability and high-quality education, were drivers behind the surge in demand and an overall record fall enrollment of 49,639 undergraduate, professional and graduate students.

Purdue had targeted a 2021 incoming undergraduate class of 8,450 students, which would have been a smaller class than the previous year by more than 400. The unexpected growth was caused by a rise in yield rates, specifically a 3 percentage point jump in out-of-state U.S. students accepting admissions offers. Yield rates among international applicants and Indiana residents were as projected.

A survey of the students who received offers of admission to Purdue provides insights into the drivers behind the growth in demand. Nearly 50% reported that Purdue’s approach to the pandemic made them more interested in Purdue, and 98% said the school’s opening last year either increased or had no change in their interest in becoming Boilermakers. Among those who chose to accept Purdue’s admissions offer, over 46% said the university’s pandemic response was somewhat, very or extremely influential in their decision. The trend held regardless of whether the applicant was from Indiana or elsewhere. 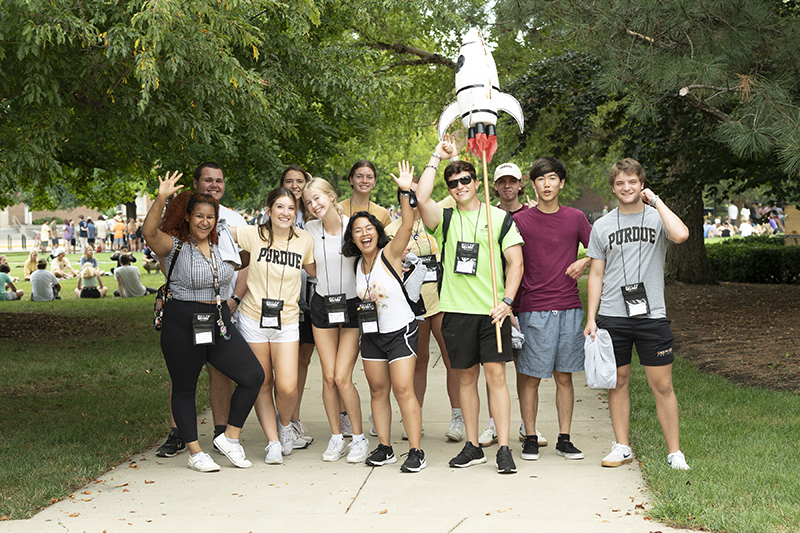 A separate national survey supports the Purdue data, indicating that over 70% of incoming students nationwide preferred a university that would be open with social distancing and mask requirements, and less than 30% were willing to attend a university that waited until late in the summer to provide COVID opening information. Throughout the pandemic, Purdue was among the earliest universities to craft and communicate plans and policies for a safe opening.

“Through the hard work and persistence of our faculty and staff, and exceptional cooperation of our students, we were able to stay open and deliver a safe residential learning experience despite COVID-19,” said Jay Akridge, provost and executive vice president for academic affairs and diversity. “We continually hear from families and students about our ability to keep tuition affordable and the exceptional quality of our academic programs. Families and students also have shared with us that the success of the Protect Purdue Plan and the way we navigated the first year of the pandemic made their decision to come to Purdue that much easier.”

Purdue’s affordability initiatives and growing national prominence in academics also have contributed to this growth in demand, according to the Purdue survey. Purdue has a cost of attendance today less than it was in 2012 and is the only university in the country to have frozen tuition for a decade running. As for quality, Purdue now ranks as one of the nation’s top U.S. public institutions as well as one of its most innovative.

Incoming students said their primary motivators for choosing Purdue were the anticipated opportunities for hands-on learning experiences and career development, the university’s academic reputation and the accessibility of an affordable education in a supportive community. Nearly one in four named “Lots of hands-on experience such as internships” as the top factor that led them to choose Purdue, and a similar number cited “Strong academics with career preparation.” Purdue has moved to place greater emphasis in these areas such as with the creation of the Purdue Polytechnic Institute in the original Purdue Moves and the expansion of experiential learning through Transformative Education 2.0, one of Purdue’s Next Moves, among other initiatives.

Another indicator of the growth in demand for a Purdue degree is the steady increase in applications over the last several years. Purdue received a record 59,173 applications for the 2021-22 school year. Since 2014, when Purdue switched to the Common Application, annual applications to the university are up by about 19,000 or 48%.

The perennial growth in applications and one-year climb in yield rates combined to produce the largest student body in Purdue history with 37,101 undergraduates in the fall 2021 class. Just over 18,000 are Indiana residents, and over 9,300 are considered domestic minorities. The incoming class of 10,191 students includes 4,511 Indiana residents, nearly 1,200 more than in 2014.

Consistent with Purdue’s ongoing efforts to prioritize the enrollment of Hoosier applicants, Purdue offered admission to more Hoosiers this year than any year in the past – 9,286 – exceeding last year’s record of 8,954. Every Hoosier who completed an application was offered enrollment somewhere in the Purdue system and 85.4% were offered a place at West Lafayette.

“This year’s incoming class is phenomenal,” said Kristina Wong Davis, vice provost for enrollment management. “In addition to being the largest, this class is the most diverse and prepared for success in our history. While our application numbers have been high for several years, we were fortunate to have a high yield rate – those students who wanted to make their giant leaps by accepting their Purdue offers.”

Purdue’s minority enrollment continues to grow with 4,054 underrepresented minority undergraduates, representing 12.3% of domestic enrollment. Purdue now enrolls nearly1,600 more underrepresented minority students today than it did in 2012. Meanwhile, 9,304 or 28.2% of domestic undergraduates are U.S. minorities, which also includes Asian American students. This is 124.7% more than the 4,140 enrolled in 2012.

With the new enrollment numbers, Purdue released additional data about the success of recent graduates. Four-year graduation rates for students who entered in 2017 increased to a record high of 65%, and six-year graduation rates for students who entered in 2015 remained steady despite the pandemic at 83%. This compared with last year’s four-year rate of 62.6% and six-year rate of 83.3%. The one-year retention rate stands at 91.6% of the class that entered last year.

The university also awarded in the last academic year a record number of degrees in a science, technology, engineering or math discipline. In 2021, 65% of undergraduate degree recipients received a STEM degree, up from 41% in 2010.