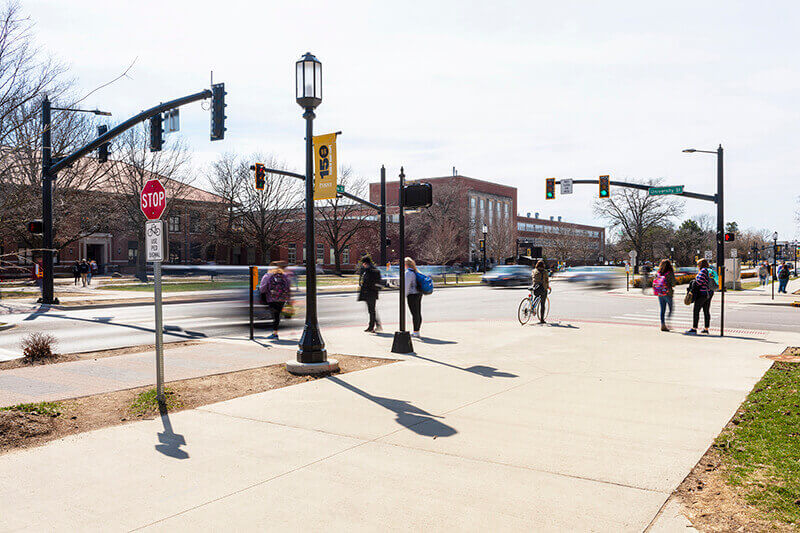 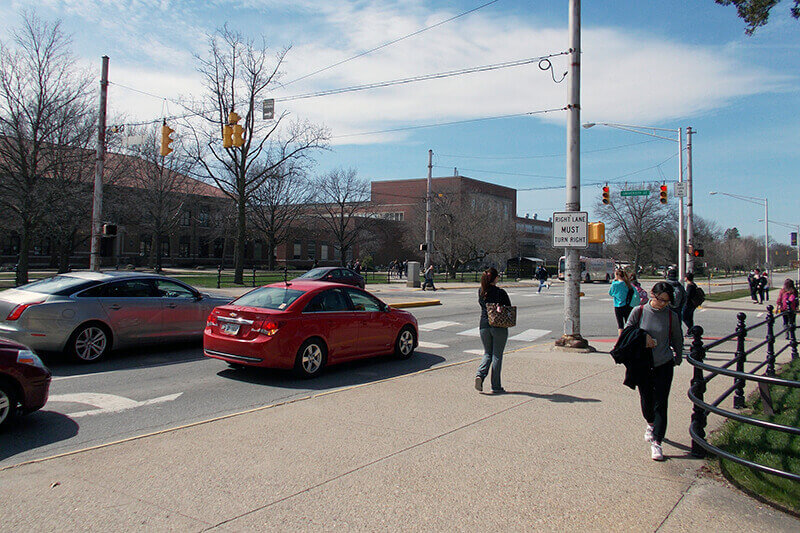 Purdue's sesquicentennial celebration provides inspiration to reflect on the University's 150-year legacy. How has the University changed over the years? Purdue Today will take a look through its new "Then & Now" photo series, which will highlight Purdue traditions, buildings, landmarks and more. The topic of the series today is the State Street Redevelopment Project.

In the fall of 2013, Purdue University, the Purdue Research Foundation and the City of West Lafayette began work to reimagine the State Street corridor running through the heart of campus.

The plan: Transform State Street into an attractive and easy-to-navigate city point of pride. To create a corridor that would be friendlier for bicyclists and pedestrians with tree-lined sidewalks, bicycle paths, enhanced safety features, greenspaces and more. To reinvigorate State Street to help drive growth in the local economy, create jobs and contribute to regional prosperity.

Groundbreaking for the $120 million State Street Redevelopment Project came in June 2016. Work stretched from the Wabash River through downtown West Lafayette and Purdue’s campus to its intersection at U.S. 231. Completed last fall, the project made many changes: 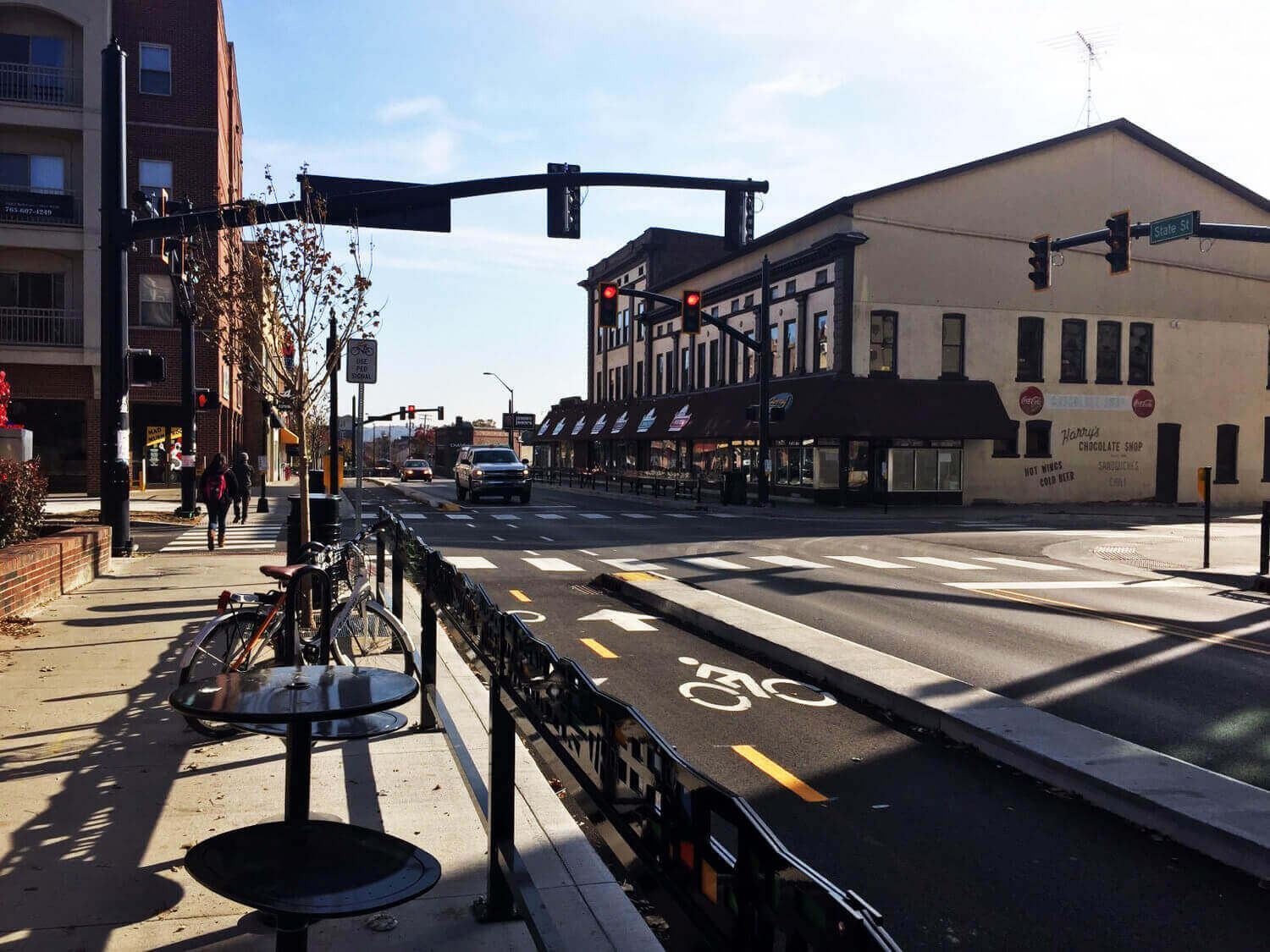 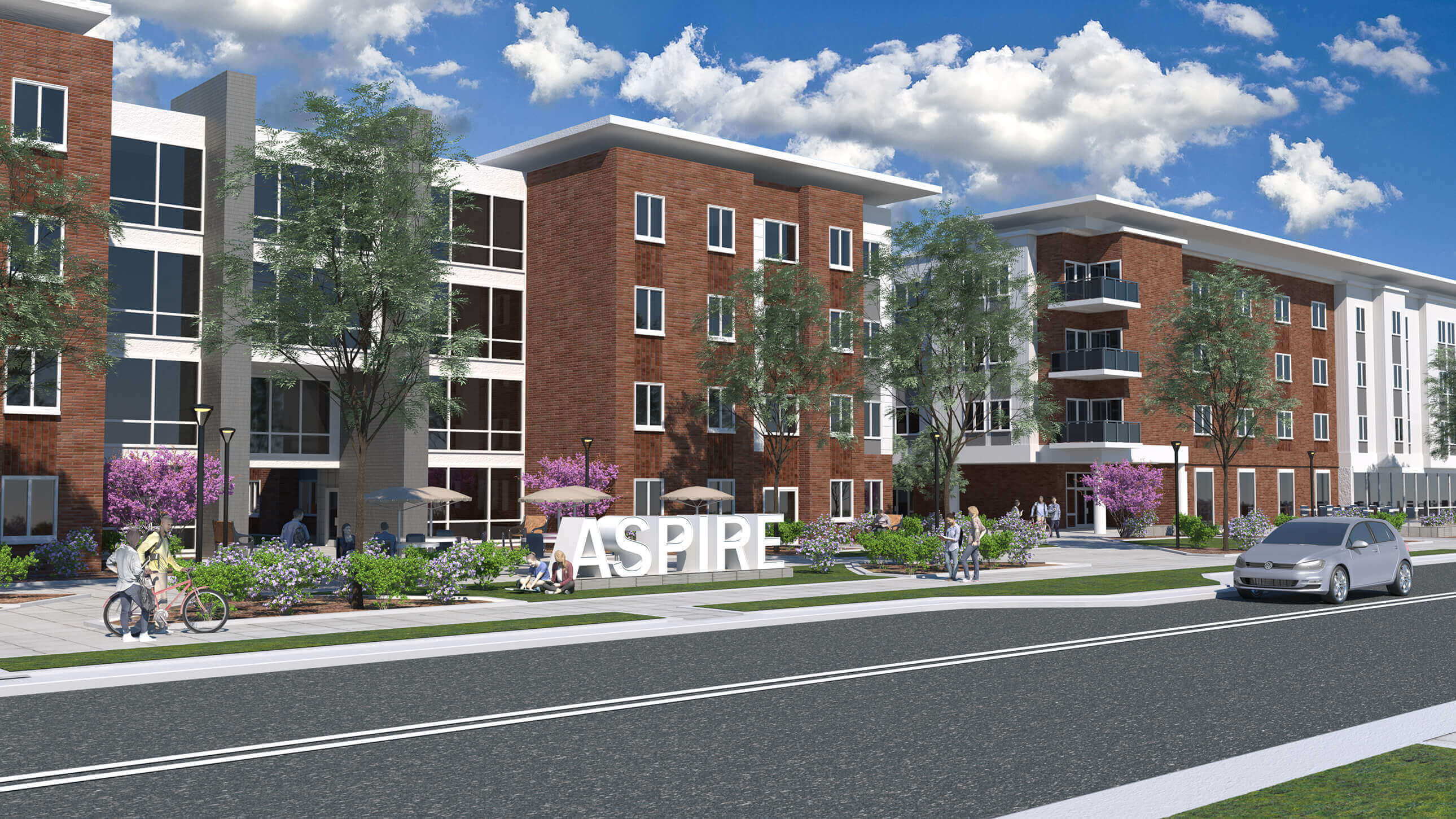 Building off the State Street Redevelopment Project, Purdue in April 2018 unveiled a master plan for the $1 billion Discovery Park District that outlined a 30-year commitment to transform the west side of the West Lafayette campus into a mixed-use gateway for intellectual discourse and commercial partnerships.

Economic development initiative in the district could support 3,500 new high-tech jobs. Rolls-Royce open a research and development facility in 2017 and SEL Purdue is expected to open in FY20.

Work on the new Aspire at Discovery Park, a three-building, 387,000-square-foot residential complex, is slated to be complete by August. The development includes studio, two-bedroom and four-bedroom apartment styles. The complex also has committed 18,000 square feet for community and retail space in the facilities.

Also underway is the Convergence Center for Innovation and Collaboration, 145,000-square-foot resource hub for innovation, technology commercialization and entrepreneurial activities. The center will include a large lobby and plaza spaces for engagement and business activity and retail space on the first floor. Construction should be completed by December.

Then: The intersection of State and University streets before the start of the redevelopment project. (Photo provided by Administrative Operations Communications)