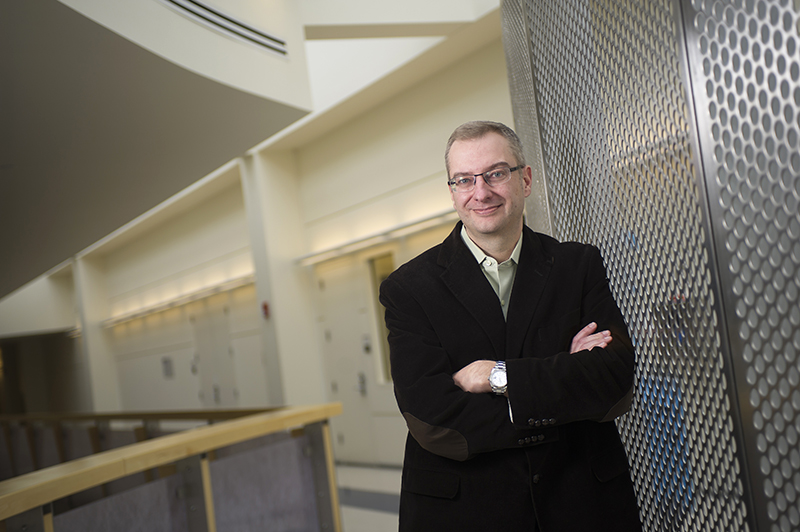 Forty years ago, theorists predicted that a new class of particle, anyons, that have distinct statistical properties may exist in nature as well. The problem is that there was no direct observation of an anyon’s unique statistical properties. That is until 2020 when a team from Purdue University led Dr. Michael Manfra published findings in Nature Physics which demonstrated concrete evidence of the existence of anyons.

Now that Manfra has been honored as a finalist for the Falling Walls, he will have an opportunity to be honored among the Ten Breakthroughs of the Year, which will be presented live on stage in Berlin, Germany and streamed to a global audience on Nov. 9.

Manfra is the Bill and Dee O’Brien Distinguished Professor of Physics and Astronomy, as well as a professor of electrical and computer engineering, professor of materials engineering, and the scientific director of the Microsoft Quantum Lab at Purdue.  He is being honored because of his team’s development of techniques and measurements leading to the direct observation of anyonic braiding statistics.

“All known fundamental particles in the universe are believed to be either bosons or fermions,” Manfra says. “Bosons and fermions behave very differently: bosons (e.g. photons) have a tendency to gather together or ‘condense’ and may occupy the same quantum state. Fermions (e.g. electrons), on the other hand, obey the Pauli exclusion principle and cannot occupy the state quantum state simultaneously. These differences are profound and explain why electrons in metals behave so differently from photons in a laser. These observations are deeply connected to differing ‘quantum statistics’ of bosons and fermions.”

Two papers published in Nature Physics in 2019 and 2020 summarize the team’s key findings. The 2020 paper provides concrete evidence for the unique statistical properties of anyons.

“We demonstrated that under certain special circumstances in strongly interacting two-dimensions we can create ‘particles’ that are neither bosons nor fermions, but rather called anyons,” Manfra says. “The quantum statistics of anyons is very different from that of bosons and fermions. They are essentially a new class of particle.”

All of the work leading to these discoveries was completed on Purdue West Lafayette campus. Samples were grown and the devices fabricated in the Birck Nanotechnology Center in Discovery Park. The low-temperature transport measurements were performed in Manfra’s laboratory in the Physics and Astronomy Building.  Manfra emphasizes that these advances would not have been possible without the extraordinary work of James Nakamura, graduate student advised by Manfra. Nakamura is now a postdoc and still works closely with Manfra.

“He is first author on our 2019 and 2020 papers and has just submitted a third,” Manfra says.  “James is a truly amazing physicist and the driving force behind these experiments. We are colleagues now; he is a fully fledged scientist.”