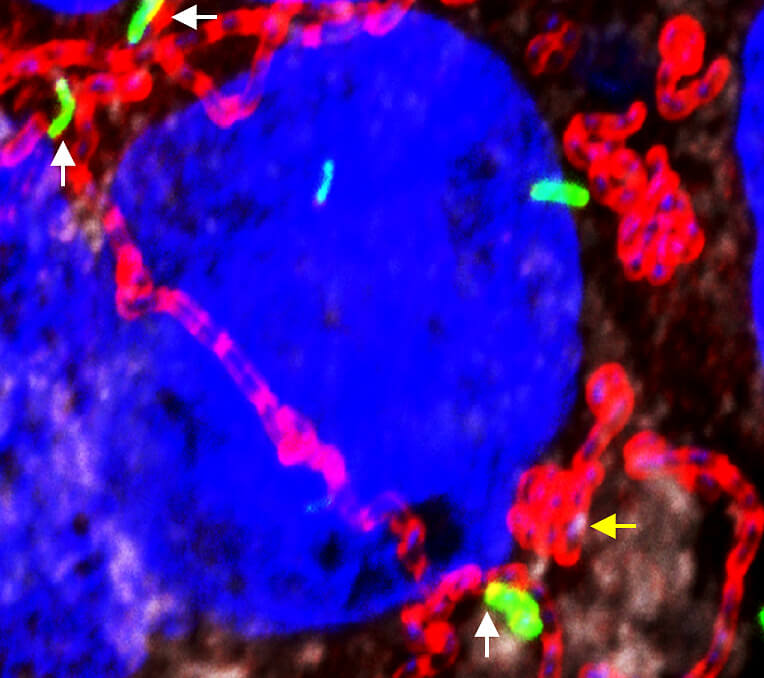 WEST LAFAYETTE, Ind. — For pregnant women, the elderly and those with weakened immune systems, listeriosis is a serious foodborne illness often linked to deli meats, fresh produce and dairy products. Even with antibiotic treatment, listeriosis is fatal for about 20 percent of patients, resulting in thousands of deaths annually.

Purdue University’s Arun Bhunia, a professor of food science, and postdoctoral researcher Rishi Drolia have developed a probiotic that could prevent infections in at-risk populations. A bioengineered version of Lactobacillus, a bacterium common in the human gut, can block the pathway the Listeria monocytogenes bacteria use to cross intestinal wall cells into the bloodstream, his team reports in the journal Nature Communications.

“The Lactobacillus bacteria we developed seeks out the same proteins as Listeria monocytogenes in the gut. When it attaches, it blocks the roadway for Listeria,” Bhunia said. “This could be included in probiotic yogurts, capsules or gummies and used as a preventive measure to treat people who are at high risk of infection.”

In a previous study, Bhunia’s and Drolia’s work showed how Listeria crosses the epithelial barrier, a wall of cells in the gut that generally protects the bloodstream from harmful pathogens. A protein in Listeria, called Listeria adhesion protein (LAP), interacts with heat shock protein in those epithelial cells and forces the cells apart. That gives Listeria access to the bloodstream.

Bhunia’s team has now isolated the Listeria adhesion protein from nonpathogenic strains of the listeria bacterium and added it to the Lactobacillus to make a probiotic. When introduced to human gut cells and in mice, the Lactobacillus probiotic stably colonized the intestine and attached to epithelial cells on the heat shock protein. When pathogenic Listeria was introduced, it wasn’t able to attach to those gut cells and invade the bloodstream.

“This novel approach of engineering a probiotic strain with an adhesion protein from a nonpathogenic bacterium to exclude a pathogen significantly enhances the prophylactic use of such bioengineered probiotic bacteria without raising serious health or regulatory concerns and, thus, their potential as preventive agents against listeriosis,” the authors wrote. “This study, thus, provides the first and direct evidence that rational engineering of probiotic strains allows them to outcompete and diminish the colonization of the pathogens by competing for the receptor binding adhesion sites.”

The Lactobacillus probiotic could also have potential for other gut illnesses such as celiac disease or inflammatory bowel disease.

“We’ve seen evidence that the same proteins Listeria adheres to are overactive in these other illnesses,” Drolia said. “The probiotic has an anti-inflammatory effect and colonizes the gut for a week or more at a time. We’re interested in seeing how this could improve the lives of patients suffering from a variety of gut-related illnesses.”

Bhunia has applied for a patent for the bioengineered Lactobacillus probiotic and envisions licensing the technology.

“We’re also interested in using this model to look at other pathogenic bacteria such as E. coli or Salmonella,” Bhunia said. “If we can engineer bacteria properly, we may be able to use this technology to prevent a wider range of foodborne illnesses.”