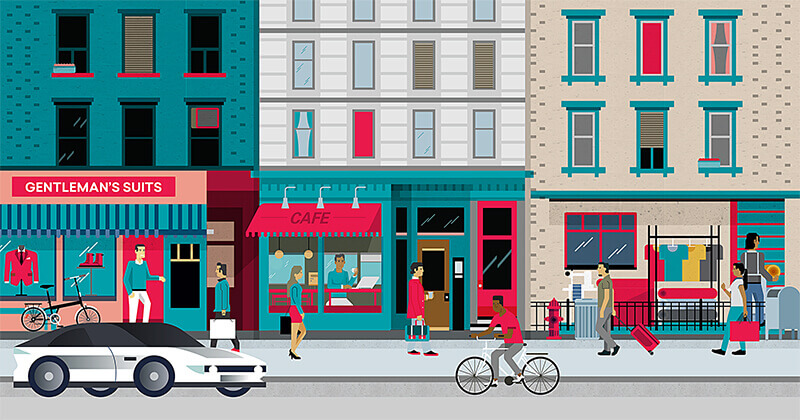 WEST LAFAYETTE, Ind. — Travelers planning an affordable spring break trip should be aware of the “Airbnb effect.” Areas with a rise in Airbnb rentals, for example, often see a jump in housing prices and other negative aspects of tourism, according to the Economic Policy Institute.

Mohammad Rahman, an associate professor in the Krannert School of Management at Purdue University who has studied and written about the home-sharing platform, said the problem goes far beyond housing prices.

For more than two years, Rahman has been studying the prevalence of racial biases among Airbnb guests in New York City. After analyzing millions of Airbnb and Yelp reviews, as well as local restaurant employment data, he found Airbnb guests staying in predominantly black neighborhoods with a rise in Airbnb rentals were more likely to leave reviews with racial keywords such as dangerous, shady and risky. In addition, they were less likely to spend money at local restaurants and were half as likely to make a return trip compared to their predominantly white counterparts.

Rahman provided these tips to be a more responsible Airbnb guest:

Be conscious of your bias: Rahman currently is studying the prevalence of racial discrimination against black hosts listing a property on the home-sharing platform.

“From my ongoing study, we are seeing some sense of discrimination against black hosts,” he said. “If people can be conscious about that bias and do a little bit more digging before they make a choice, they may be pleasantly surprised. If we can be a little more conscious about our biases as we use these services, I think it might change one out of 50 people.”

Use the power of your dollar: Rahman’s findings show that areas with a rise in Airbnb rentals also experienced a jump in restaurant employment, suggesting guests spent tourism dollars locally rather exploiting residentials areas for cheap lodging and traveling to more traditional tourist destinations. The same economic spillover effect, however, did not take place in predominantly black or Hispanic neighborhoods.

Share an Airbnb: The home-sharing platform allows visitors to stay in residential areas outside of traditional tourism hotspots with hotels and other lodging options. But renting an entire home rather than a single, private room often defeats the purpose of the service, Rahman said.

“The private room option is a sustainable way of traveling and really makes sure that the true value of Airbnb is preserved. Renting the whole home is essentially a hotel service,” Rahman said. “Now, I understand that’s a much, much bigger ask, but that’s something to consider if you are really focused on being a more responsible traveler.

Note to Journalists: A retail illustration and photograph of Rahman are available via a Google Drive link: http://bit.ly/3a6XIaC.