Could humans live in lava tubes on the moon?

WEST LAFAYETTE, Ind. — In 2017, Purdue University researchers helped discover a lava tube on the moon that could protect astronauts from hazardous conditions on the surface. Now, 3D image reconstructions of lava tubes on Earth could help assess if they are stable enough to build human habitats.

The work is part of Purdue's Resilient ExtraTerrestrial Habitats (RETH), a group that researches how future human habitats on the moon or Mars can be made resilient against hazards like radiation, temperature fluctuations, seismic activity and meteorite impacts. Lava tubes could be part of the solution. 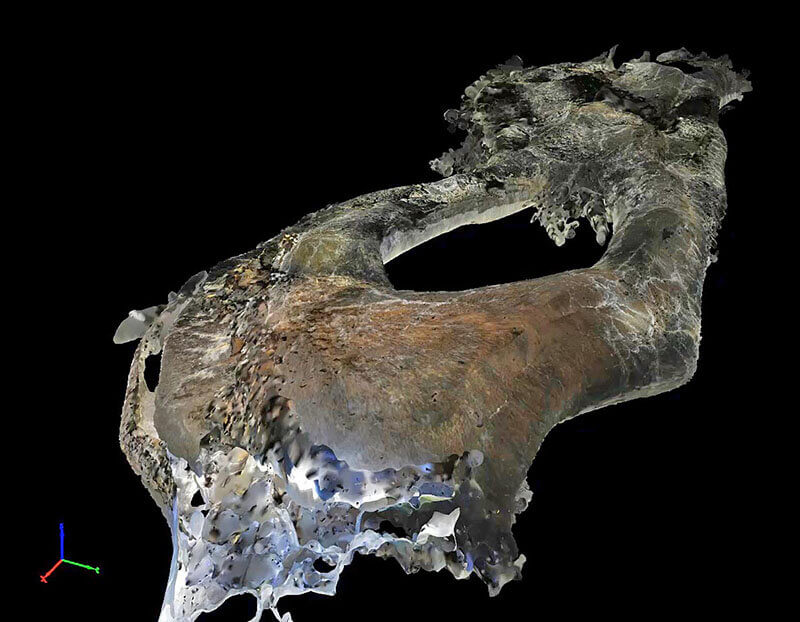 Thousands of photos, reconstructed into a 3D model, are helping Purdue researchers evaluate lava tubes as a potential habitat for humans on the moon or Mars. (Purdue University image/ Jongseong Choi) Download image

"Lava tubes form when a volcanic eruption sends lava flowing in channels on the ground," said Anahita Modiriasari, a postdoctoral researcher in Purdue’s Lyles School of Civil Engineering. "The surface of the lava flow cools and forms a crust on top, while the hot lava keeps flowing underneath, forming a tunnel. We know these lava tubes exist on the moon, as satellite imagery has shown openings on the lunar surface, sometimes called ‘skylights.’"

Scientists also know, thanks to Purdue research, that these lava tubes are much larger than those on Earth – potentially many kilometers in width, providing potential protection from space-based hazards.

Does that mean they would make ideal places for humans to live? "We don't know for sure," Modiriasari said. "We cannot yet visit lava tubes on the moon or Mars. But there are a lot of things we can learn from visiting those on Earth."

Modiriasari, along with graduate students Jongseong Choi and Audai Theinat, recently visited Lava Beds National Monument in California to explore these lava tubes and establish a baseline of information. "This is an ideal test bed," Modiriasari said, "because it has similar basaltic rock, and it formed in a similar way to those on the moon. These lava tubes also have skylights, which is an important factor we're investigating."

The team chose specific caves and identified cross-sections of rock that the members wanted to investigate. "Our main goal was to investigate the geomechanical properties of the basaltic rock," Modiriasari said. "We were particularly interested in the ceiling of the lava tube – the number and spacing of the visible fractures, the characteristics of the joints, the chemical weathering and the strength index of the rock mass."

They also took thousands of photos – enough to reconstruct a 3D model capturing the essential features of the lava tube. This is a task that a rover or drone could potentially accomplish on the moon or Mars.

"All of this collected data is vital," Modiriasari said. "We are using it to build an advanced model of the size, strength and structural stability of the lava tube. What happens during seismic activity? What would happen if a meteorite strikes? This helps us assess whether similar lava tubes on the moon or Mars would be capable of hosting a permanent human habitat."

"I hear a lot of positive feedback whenever we present our research at a space conference," Modiriasari said. "This is a brand-new application of my background in underground construction and tunneling, in a very different environment. It will be very interesting to see humans living on the moon in my lifetime.”

This research aligns with the 50th anniversary of the Apollo 11 moon landing and Purdue's Giant Leaps celebration, acknowledging the university’s global advancements made in space as part of Purdue’s 150th anniversary. This is one of the four themes of the yearlong celebration’s Ideas Festival, designed to showcase Purdue as an intellectual center solving real-world issues.

Note to Journalists: A YouTube video is available at https://www.youtube.com/watch?v=Osa7x3Zexoo. The video was produced by Jared Pike, communications specialist for Purdue University’s School of Mechanical Engineering.