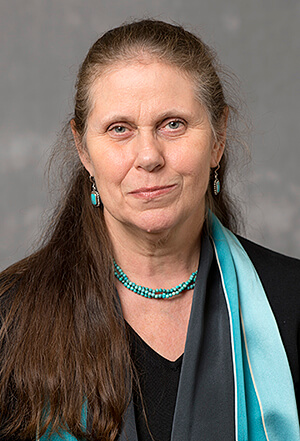 WEST LAFAYETTE, Ind. — The Purdue University Board of Trustees on Friday (Dec. 7) awarded two posthumous degrees and ratified two distinguished faculty positions, in addition to approving the renaming of an academic unit on the West Lafayette campus and an undergraduate program on the Fort Wayne campus. Trustees also issued resolutions of appreciation for a key leader of the creation of Purdue Global and friends of the university, including two whose names will be added to campus facilities.

The board voted to award posthumous bachelor’s degrees to Matthew T. Klenosky, a student in the Purdue Polytechnic Institute on the West Lafayette campus, and Sidharth Thomas John, a student in the Department of Mathematical Sciences at Indiana University-Purdue University Indianapolis.

Suitor joined the Purdue sociology faculty in 2004 and is also a faculty associate of the Purdue Center on Aging and the Life Course. Her research focuses on interpersonal relations and well-being, particularly relationships between parents and adult children and among adult siblings, and since 2000, she has led the Within-Family Differences Study, a panel investigation of the predictors and consequences of parental favoritism in the middle and later years among more than 500 multigenerational families. Her research has been supported by the National Institute on Aging, the National Institute of Mental Health and the Spencer Foundation, and has resulted in the publication of more than 120 journal articles and book chapters.

Ben-Amotz began his career at Purdue in 1989. In addition to his prolific research into the development of new tools to address fundamental questions related to water-mediated interactions and facilitating real-time chemical imaging, including 188 scholarly publications, he is a renowned educator, having received numerous accolades for his commitment to teaching, including the 2012 Charles B. Murphy Award, the university’s highest undergraduate teaching honor, and has written an original textbook, “Understanding Physical Chemistry.”

In other action, the board issued a resolution of appreciation for Frank J. Dooley in recognition of his leadership of Purdue’s advisory committee for Purdue Global and his work to transition the new university into the Purdue system.

In recognizing these donors, trustees further approved the naming of the Gambaro Graduate Program of Aeronautics and Astronautics and the Shah Family Global Innovation Lab, a virtual lab that will help support global engineering programs in the College of Engineering.

Trustees also designated Trustee JoAnn Brouillette as the board’s representative on the Purdue Fort Wayne Foundation board of directors.