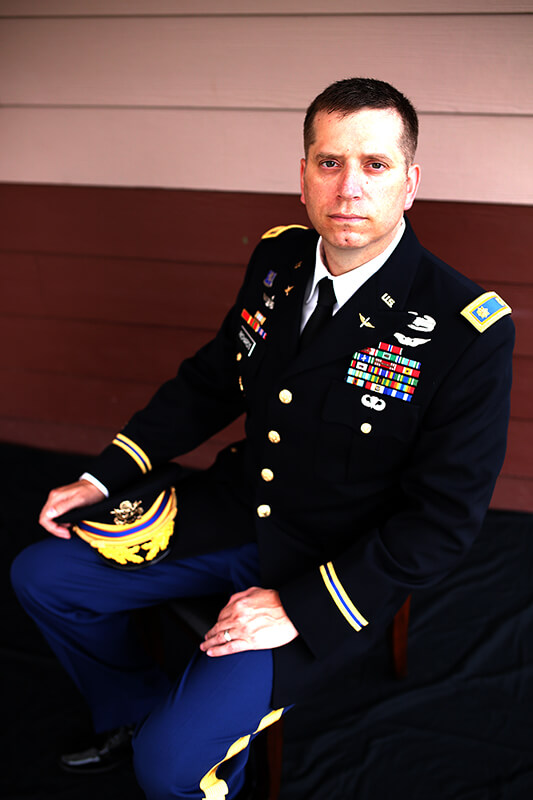 WEST LAFAYETTE, Ind. – A retired U.S. Army major and former Purdue University professor has started a company aimed at helping veterans by offering them jobs and business opportunities in a building he plans to construct in the heart of West Lafayette.

Retired Army Maj. Gene Richards said he started Modern Freedom Lifestyle LLC as a socially responsible company that will give veterans a chance to be part owners in some of the businesses included in the mixed-use building, which will be anchored by a boutique hotel and apartments aimed at college students.

“I want to help the men and women who have served our country to get good-paying jobs where they have opportunities to advance, and for some to get a chance to become business owners,” said Richards, who served 26 years in the Army and was a Black Hawk helicopter pilot. “Too many of our veterans are unemployed or underemployed. It is no secret that veterans who have served our country have a higher rate of unemployment than people who haven’t served. I want to help change that. These veterans are not looking for a handout. They’re looking for opportunities.”

Richards, an assistant professor of military science at Purdue last year who is now at the University of Illinois, said his plan fills two needs by providing opportunities for veterans and places to live for college students in a high-demand area.

“It’s going to be a win for the veterans and a win for students,” Richards said.

Richards’ plan is to take money earned from the startup and invest it back into the company with plans to construct similar-style buildings in other towns where Big Ten schools are located.

“The idea is when people get into town and see one of these buildings they will know exactly what they will be getting,” Richards said. “We will franchise the whole package. The idea is this business is nearly recession-proof. There’s always going to be college students and they need places to live and they’re going to want to have fun.”

The building is still in the planning phase, but plans call for it to include a bar and restaurant, coffee shop, a convenience store, a barbershop and hair salon and a full-service gym.

“The challenge is raising the money to get the business going,” Richards said.

Because of the scope of the plan, it isn’t possible to start small and build up. So he needs to raise major capital. Richards said he isn’t looking for venture capitalists to fund the startup because he wants to use the profits to help more veterans, not to pay back investors. So he is hoping to fund the project through crowdsourcing and hopes a foundation looking to help veterans will be willing to make a big donation.

“I’m really looking for that angel who likes what we’re doing,” Richards said. “Once we build the first one and get it going, the next one will be much easier.”

Richards’ plan is to have the apartments pay for the building and help decrease the risk for the other businesses. He plans to recruit workers and potential owners from military transition centers where veterans receive training after being honorably discharged.

Richards took part in a business boot camp for veterans at Purdue’s Krannert School of Management and received assistance from the Purdue Foundry, an entrepreneurship and commercialization accelerator at the Burton D. Morgan Center for Entrepreneurship in Purdue’s Discovery Park. Richards said the biggest help has been networking and getting ideas from other entrepreneurs.