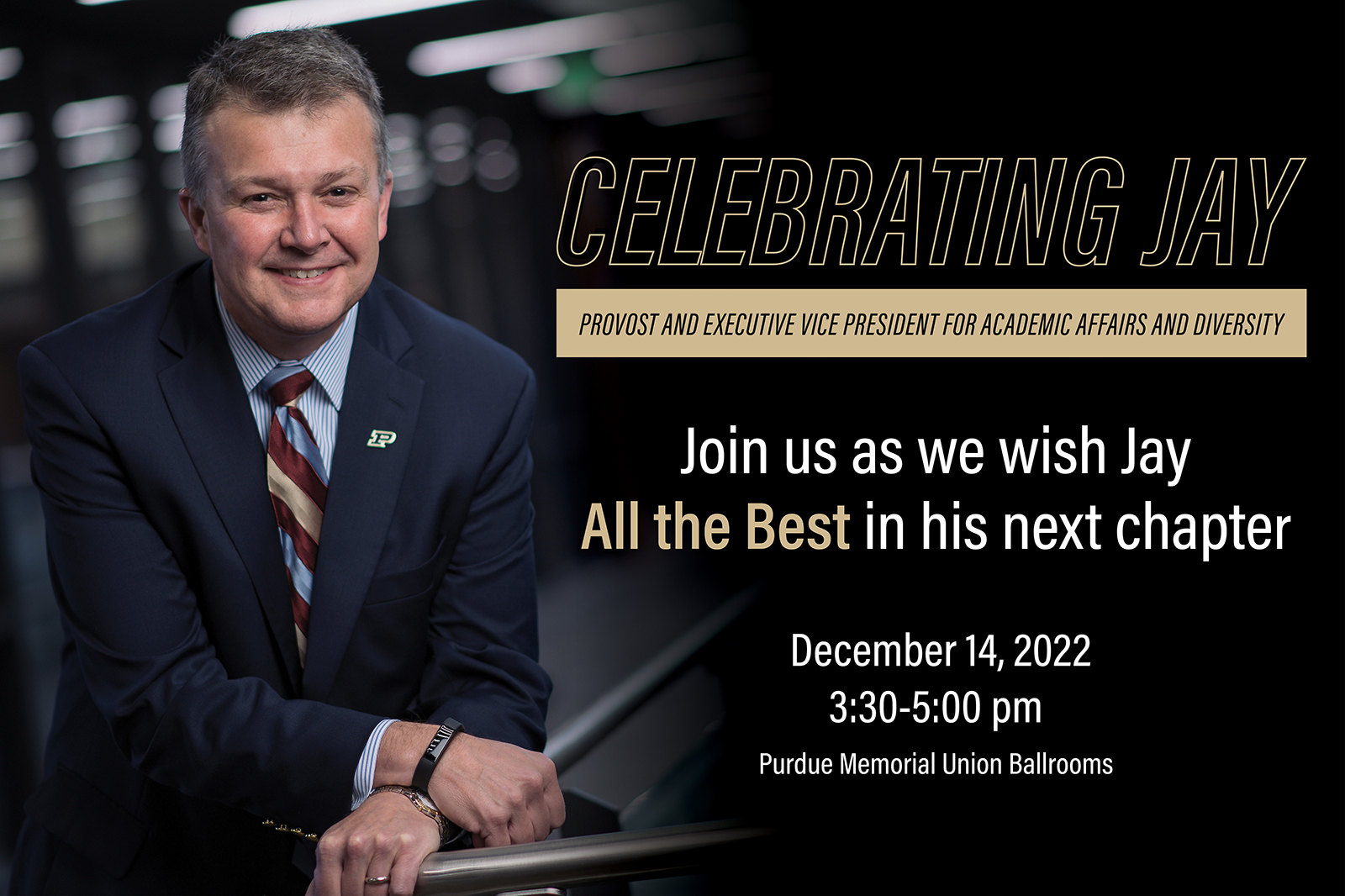 Faculty, staff and students are invited to attend a reception on Dec. 14 celebrating Jay Akridge, provost and executive vice president for academic affairs and diversity.

The reception will take place from 3:30-5 p.m. in the Purdue Memorial Union ballrooms. Remarks will be shared at 4 p.m. There is no cost to attend. No registration is required.

In early November, Akridge announced his plan to step down at the end of December, after more than five years as Purdue’s chief academic and diversity officer, making him the longest-serving provost currently in the Big Ten. Akridge will take a sabbatical and then return to his faculty appointment as a professor of agricultural economics.

Previously, Akridge served for more than eight years as the Glenn W. Sample Dean of Agriculture, leading the college’s academic, research, Extension and international programs. He also served as interim vice provost for engagement at Purdue in 2007-08 and as interim dean of agriculture in 2008-09. Prior to moving into administration, Akridge was the James and Lois Ackerman Professor of Agricultural Economics and director of the Center for Food and Agricultural Business and the MS-MBA in Food and Agribusiness Management program.

Akridge is the recipient of Purdue’s Charles Murphy Award for Distinguished Undergraduate Teaching, is listed in Purdue’s Book of Great Teachers, and was named a University Faculty Scholar. His research focused on strategic management of food and agribusiness firms and adoption of new technology by agribusiness.

All members of the Purdue community are invited to express their gratitude and wish Jay “All the best” (his signature sign-off) as he begins the next chapter in his career.