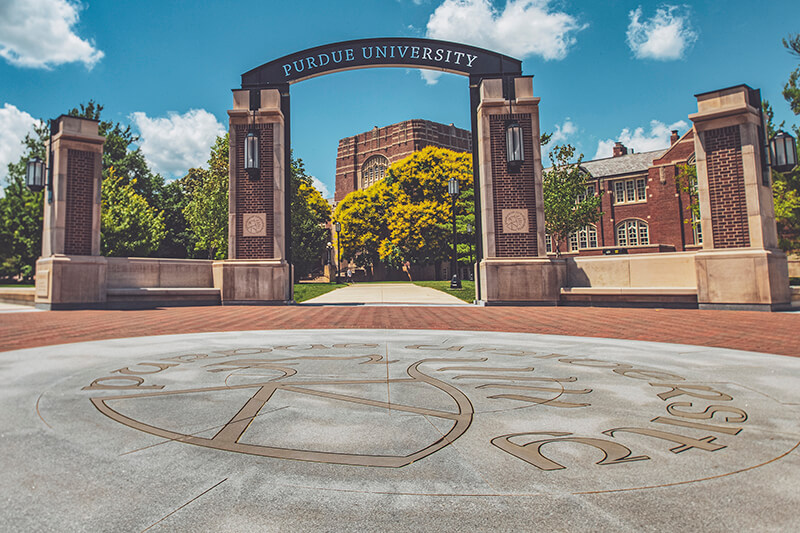 Purdue University trustees on Thursday (June 11) proposed the formation of a system-wide task force to examine racial inequality in response to the death of George Floyd and other incidents of racial injustice.

Purdue President Mitch Daniels and Trustees Chair Mike Berghoff endorsed Scott’s statement and agreed that the University needs to look closely at issues across the Purdue system that stand in the way of the success of Purdue faculty, staff and students of color and other diverse groups.

“I’m grateful for the leadership of this board and especially of our student trustee for bringing us to this important moment,” Daniels said. “I endorse everything Noah said and I look forward to working hard with everyone in our campus communities in a search for improvements.”

Berghoff said the board looked at the Safe Campus Task Force as a model where proposals led to action and implementation.

“Given our responsibility to oversee the workings of the University, we couldn't help but think, ‘What do we need to do to make sure that everyone has an opportunity to experience all that the University has to offer in equal units?,’” Berghoff said. " If there's something standing in the way, we want to know what that is and how we can go about changing it. And we don't want it to be just a glib statement.”

Jay Akridge, Purdue’s provost and chief diversity officer, said ideas and input will be gathered through the summer with an eye toward formally launching the task force early in the fall semester when voices from across the system, including Purdue Fort Wayne, Purdue Northwest and Purdue Global, can fully engage. Akridge and Vice Provost for Diversity and Inclusion John Gates will provide a recommendation to trustees at their August meeting on proposed steps for forming the task force, its charge and a timeline for a report and implementation.

“We intend to bring as many voices to the table as we can — faculty, staff and students — to offer insights, dig deeply into relevant research and data, build on work that has already begun by Dr. Gates in our Division of Diversity and Inclusion and colleges and units across our campuses, and form a proposal for actions that will be lasting,” Akridge said.

Those who have ideas or thoughts for the board to consider are invited to send them through the summer to diversity@purdue.edu.

Trustee Don Thompson thanked Scott for raising the issue publicly and his fellow board members and Daniels for their candid discussions about race and their commitment to action instead of mere words.

“The reality is,” Thompson said, “ we have to learn to talk to each other and communicate. … I’m proud that we’re talking about a task force for action. Look at what we can change, look at what we can’t change, and have a straight up conversation about it.”