The making of Purdue’s remote commencement 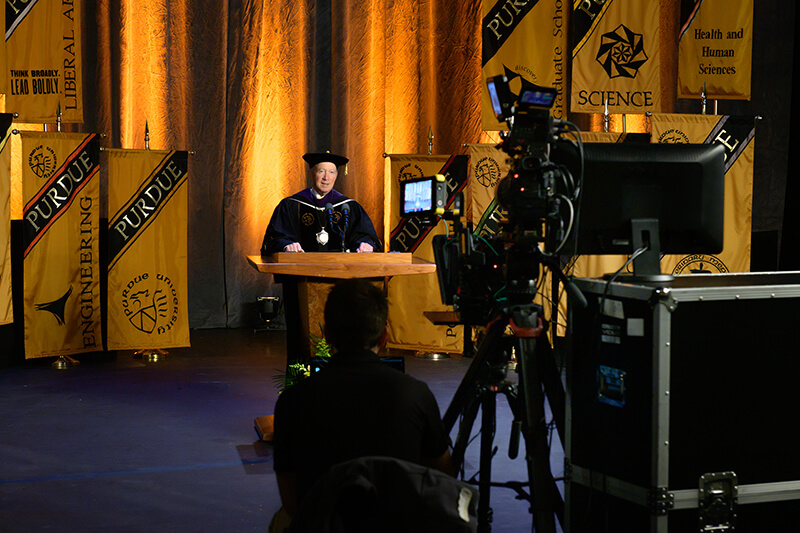 Every discovery. Every brutal late night. Every unexpected turn. Every small victory, relationship forged and doubt you overcame. Through it all, you kept going. You’ve relentlessly pursued this moment, and this achievement deserves a proper celebration, even in unprecedented times. We’re proud to call you a Boilermaker for life. – 2020 Purdue Commencement Box

The more things change, the more they stay the same.

When President Mitch Daniels announced on March 17 that this spring’s commencement ceremonies would not take place in-person due to the COVID-19 pandemic, he declared, “If we can’t put on the nation’s best traditional ceremony, then we’ll produce the best remote one.” 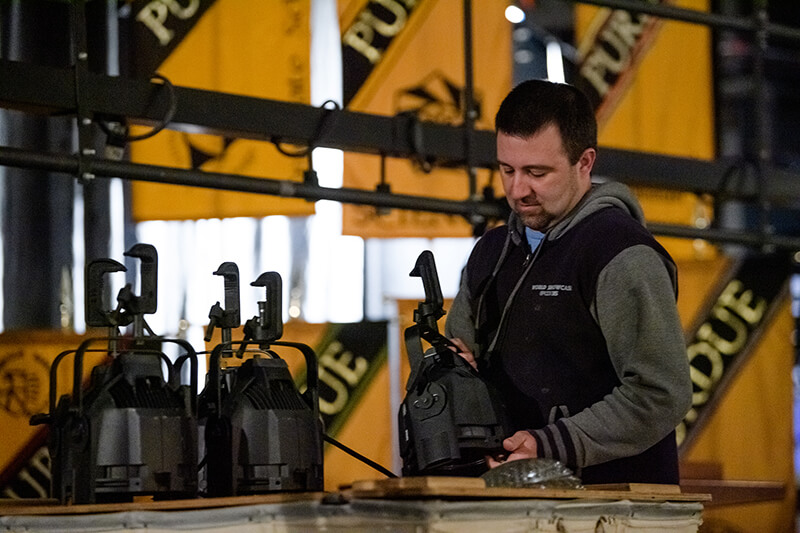 That innovative Boilermaker spirit resonated with Christine Pass, senior assistant registrar for commencement at Purdue, who has been responsible for coordinating University commencement ceremonies for the last quarter century.

“We were tasked with something never done before and were extremely nervous at the level of expectation, but we were determined to figure it out,” says Pass, who annually begins planning for Purdue’s six spring commencements in January. “Our previous commencements were built on years of continuous improvement after each ceremony, so creating one from scratch in six weeks was a bit terrifying. But we were able to pull together a diverse and determined group of people in a flash to create a memorable event to recognize our graduates.”

Five days after the traditional ceremonies were canceled, Pass, university registrar Keith Gehres and senior associate registrar Lesa Beals presented their plan for an on-demand remote commencement to Daniels and other senior administrators. Upon its approval, the commencement staff, which also includes graduation and academic record managers Stephanie Bosgraaf and Barbara LaDage, went to work. A photo gallery showing the behind-the-scenes work is now online. 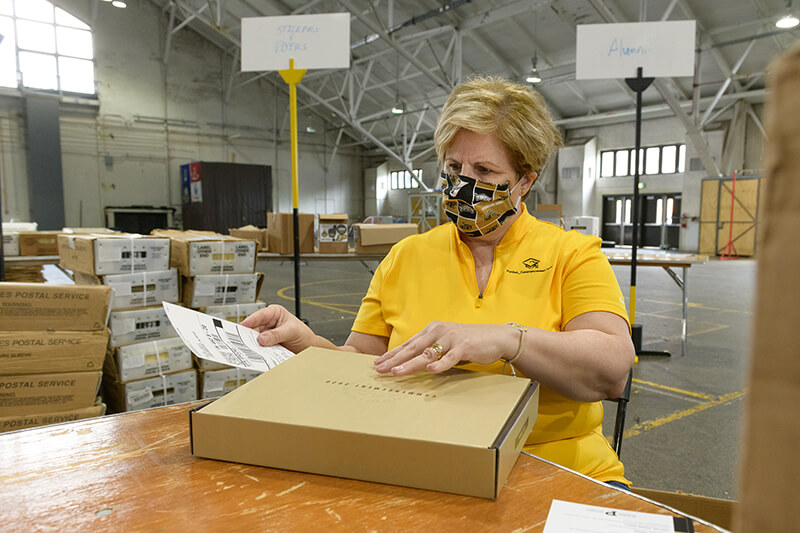 Collaborating with staff members from Purdue Marketing and Media, Hall of Music Productions and the Purdue Alumni Association, the commencement team is aiming to celebrate Purdue’s nearly 7,500 expected graduates while making them feel like they are in Elliott Hall of Music regardless of where they actually are on whatever day they choose to celebrate their achievement.

Members of the class of 2020 will hear their names called, hold diplomas, wear caps and gowns, and hear an address by President Daniels and student responses, as well as music from Purdue Bands & Orchestras and Purdue Musical Organizations.

“President Daniels’ directive was to do our best to re-create what we would have done traditionally,” Beals says. “We want this on-demand remote experience to be as similar as possible to what our graduates would get if they were on campus.”

Here’s how that will happen:

* Every candidate will receive a Purdue-branded commencement box that will include a diploma cover, commencement program, cord and/or medallion (if applicable), as well as swag items such as a Purdue license plate holder, sticker sheet and alumni association button. 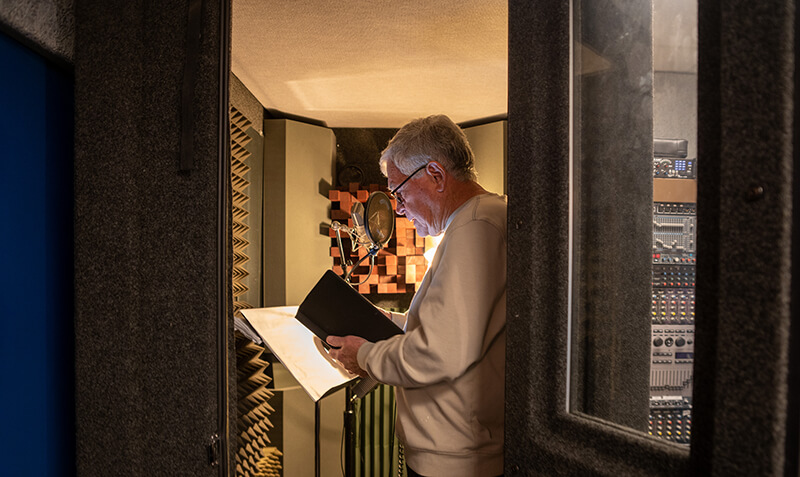 Orator Mike Piggott reads some of the 7,500 names in a recording studio for the six ceremonies for this year’s on-demand commencement. (Purdue University photo) Download image

* A commencement webpage portal (purdue.university/may2020), referred to as a “virtual wall,” will house specific online streaming details for each ceremony, featuring links to President Daniels’ address and student responders, along with congratulatory messages from deans. There also will be a series of virtual photo backgrounds and filters so graduates can take pictures in their caps and gowns in front of popular campus landmarks like the Bell Tower and Gateway to the Future arch, as well as on the Elliott Hall of Music stage. Downloads to help create items like cake toppers, posters and yard signs to help graduates host a festive at-home celebration will be available as well. The portal and all its contents will be accessible to anyone with the internet.

* Herff Jones, which rents caps and gowns to Purdue graduates, is shipping those times at no cost to students or the University. (Due to some countries’ customs restrictions, international shipment may not be possible.)

* Graduates can celebrate together on social media with #PurdueWeDidIt.

As word got out about Purdue’s exciting plans, other schools across the country reached out with questions. Pass subsequently was invited to participate in a Higher Ed Experts’ Talk & Learn webinar titled “Going with Plan B for Graduation Day” to provide guidance and support. Higher Ed Experts is a global professional association.

“It’s always nice to be looked at as a thought leader,” Pass says. “At first, we were a little apprehensive to share too widely, given our charge to pioneer something new, but thanks to the hard work and input by so many we became more confident in what we were creating.”

April 16-17: Mike Piggott, retired director of community relations for Purdue, and Lindsay Perrault, media coordinator for the Honors College, record graduates’ names. Piggott has been orator for 120 Purdue commencement ceremonies; Perrault since May 2017.

April 27-29: Commencement committee, with help from Office of the Registrar staff and other campus volunteers, assembles nearly 7,500 commencement boxes at the Armory.

Week of May 11: Remote commencement is online for viewing on demand.