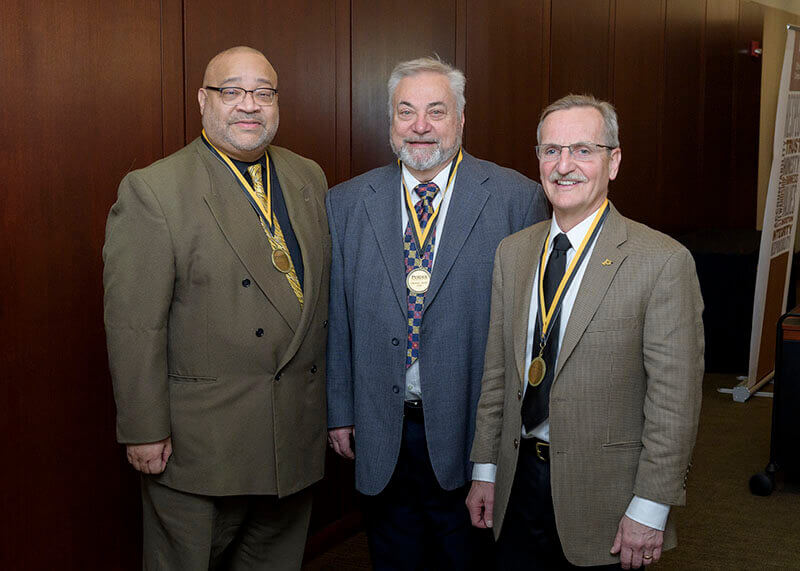 The Dreamer Award has been presented annually since 2004 to an individual(s) or organization within the Purdue community whose contributions embody the Rev. Martin Luther King Jr.’s vision of service to others and furthers the University’s commitment to diversity. This year, the awards were presented to the recipients by Alysa Christmas Rollock, vice president for ethics and compliance.

Christmon has worked for Purdue Fort Wayne since 2004 and previously served as the associate vice chancellor for diversity and multicultural affairs. His role includes working to expand college access, enrollment and diversity-based enrollment and institutional initiatives.

Christmon is a two-time recipient of a Seed for Success Award from Purdue University, an annual recognition given to investigators within Purdue’s research community responsible for securing an externally sponsored award of $1 million or more. He started his career in higher education in 1997 at Wilberforce University, the nation’s oldest private, historically black university owned and operated by African Americans.

Donkin has worked for Purdue since joining as assistant professor in 1995. Donkin developed and launched an Agricultural Research Programs Diversity Assistantships, which supports 8-10 new graduate students each year to enhance diversity in the colleges of Agriculture, Health and Human Sciences and Veterinary Medicine.

Donkin with the Office of Multicultural Programs developed a strategy to enhance diversity and inclusion within graduate programs. He received a Diversity Transformation Award from the University that allowed him to bring in administrators, faculty and staff from 1890 land-grant universities to visit Purdue and establish connections and collaborations between schools.

Levy is the co-founder of the Purdue chapter of Society for Advancement of Chicanos/Hispanics and Native Americans in Science (SACNAS). He has worked in collaboration with institutions in Colombia, benefitting the University’s mission and commitment to research as well as recruiting underrepresented minorities in the sciences.

Levy participates in the STEM Faculty Community of Practice in Equity and Privilege at Purdue, an organization that strives to become more equitable educators. He also served as chair of the University Senate and during his tenure helped establish the Purdue University Early Care and Education Center.