What will the next 150 years bring for the College of Liberal Arts? 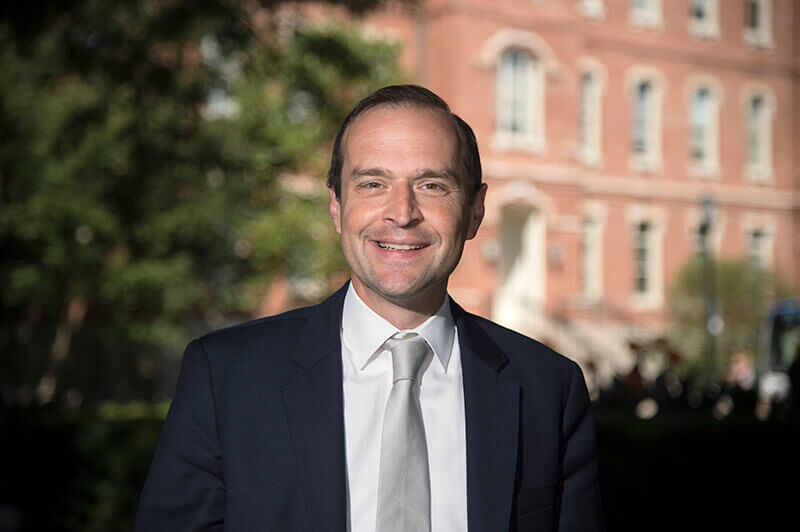 The sesquicentennial celebration marks a time for Purdue to renew its commitment to growth, discovery and innovation. What giant leaps will the next 150 years bring as Purdue continues its drive to meet the world's future challenges? In this monthly Purdue Today series, Purdue's deans will share their thoughts on the future of their college over the next 150 years. The series continues with David A. Reingold, the Justin S. Morrill Dean of the College of Liberal Arts.

What will the next 150 years bring for the College of Liberal Arts?

More than 150 years ago, the Morrill Act democratized higher education with the creation of American land-grant universities, Purdue among them. From the outset, “the liberal and practical education” of all students has been central to this public commitment to higher education.

While the land-grant universities often are associated with the charge to educate students in “agriculture and the mechanic arts,” the Morrill Act also embraced the notion of developing a more broadly educated citizenry. By establishing public universities to educate the industrial classes, the act expanded upon the Northwest Ordinance of 1787, which noted, “Knowledge, being necessary to good government and the happiness of mankind, schools and the means of education shall forever be encouraged.”

By expanding access to higher education from the wealthy and elite to all citizens, the Morrill Act transformed this country. Public land-grant universities have played a central role in developing a more broadly educated electorate and strengthening a free society with a citizenry better prepared to self-govern.

What was true more than 150 years ago will continue to be true 150 years from now.

The First Industrial Revolution spawned the land-grant universities and the demand for a more educated populace. With an eye 150 years into the future, the need for artists, humanists, and social scientists will be unabated, provided we continue to evolve our disciplines in response to the changing world around us. Many of today’s liberal arts disciplines are creations of the 19th century modern university and were established for the pursuit of human understanding with the purpose of improving the human condition and changing the world for the better.

As the Fourth Industrial Revolution unfolds with its ever-emerging technologies, liberal arts can be more relevant than ever. As artificial intelligence (AI), virtual reality, and robotics mature, the key questions will shift from “What can we create?” to “What should we create?” It is in response to that second question that disciplines like philosophy, sociology, history, political science and anthropology can play a pivotal role.

For example, continuing advances in AI will refashion our personal and public lives over the next century and a half. Making certain that those advances contribute in positive ways will fall to academic, business, community and government leaders, who define its regulation and liability, and anticipate its consequences, intended and not. In the College of Liberal Arts, we will be at the forefront of research and education on these topics, empowered by our unique position at the intersection of liberal arts and STEM.

Technological development reflects the audacity and curiosity of the human mind. It emerges by and for humans. Recognizing that and exploring the implications of new technologies, for laws, for societies and for people, will make the liberal arts an integral component of Purdue University as it successfully develops ethical, forward-looking leaders in 2169.