Established in 2016 by Garimella, the Strategic Research Advisory Council has been advising and guiding on near- and long-term strategies to advance Purdue's research initiatives. A full list of members of the council is available at www.purdue.edu/research/srac. 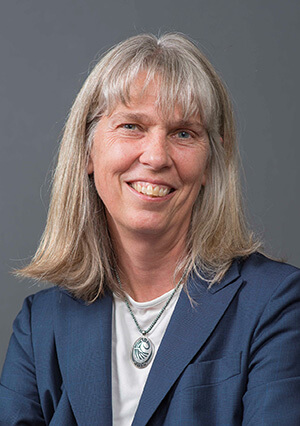 Jill Hruby is a former director of Sandia National Laboratories, a federally funded R&D center with diverse national security missions. During her 34 years at Sandia, her positions included vice president of the Energy, Nonproliferation, and High-Consequence Security Division and technical director in Materials and Engineering Sciences and Homeland Security and Defense Systems. Hruby earned her BSME from Purdue and her MSME from the University of California, Berkeley. Hruby is currently on the boards of several agencies and associations such as the Association of Universities for Research in Astronomy and the Center for Nonproliferation and Arms Control and is a member of  National Nuclear Security Administration's Defense Program Advisory Committee. She has authored numerous publications, holds three patents and an R&D 100 Award, and is a frequent speaker and mentor.

Paul Longsworth is vice president of Fluor Corp.'s International Environmental/Nuclear division. Fluor Corp. provides technical and innovative solutions on environmental and nuclear management to government and commercial clients. Longsworth has 25 years of experience in energy, environmental, national security and nonproliferation matters. From 2005 to 2008, he served as vice president for European sales and business development in Fluor's London office, where he was responsible for establishing an environmental/nuclear business unit in the UK to pursue projects throughout Europe and Russia. Longsworth has worked in the private sector as well as the executive and legislative branches of government. Prior to joining Fluor, Longsworth was confirmed by the U.S. Senate to serve as deputy administrator for defense nuclear nonproliferation within the National Nuclear Security Administration. 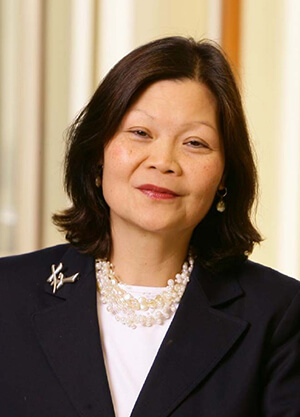 Carolyn Woo is the former president and CEO of Catholic Relief Services, the official international humanitarian agency of the Catholic community in the United States. Woo served as associate executive vice president for academic affairs at Purdue before her appointment as dean of the University of Notre Dame’s Mendoza College of Business. She was the first female dean to chair the accreditation body for business schools. She was one of five presenters at the Vatican for the release of Pope Francis’ encyclical on the environment, and was selected by Foreign Policy as one of 500 Most Powerful People on the Planet and “a force for good.” She currently serves on the boards of several national and international companies and various nonprofit organizations.