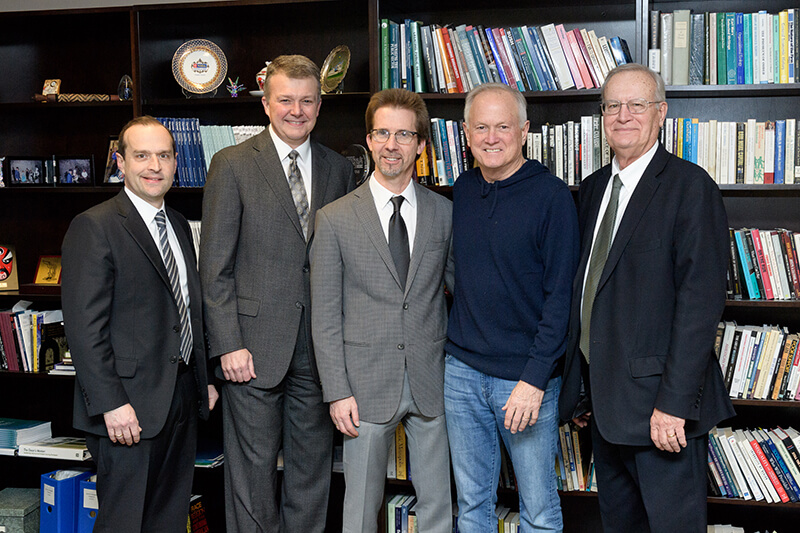 Randy Roberts, a distinguished professor of history, has been named a 150th Anniversary Professor by the Office of the Provost in recognition of his exceptional teaching and mentorship at Purdue.

The Office of the Provost will name 10 faculty with this new designation, which coincides with the upcoming 150th anniversary of Purdue. Faculty who receive this distinction also will receive an annual discretionary allocation of $25,000.

“Through their deep commitment to teaching and learning, the 150th Anniversary Professors have directly contributed to Purdue’s reputation for excellence,” says Jay Akridge, provost and executive vice president for academic affairs and diversity.

Roberts is an award-winning author and historian who is renowned for his combination of historical discourse and free discussion in the classroom. He is a mentor to both undergraduate and graduate students, some of whom have gone on to become history professors.

Roberts was named the Indiana Professor of the Year. He has won Purdue’s Morrill Award and the Charles B. Murphy Award for Outstanding Undergraduate Teaching. He earned the College of Liberal Arts Kenneth Kofmehl Outstanding Undergraduate Teaching Award and is a two-time winner of Liberal Arts’ Teacher of the Year Award. He is a founding member of the Teaching Academy.

“[Roberts] teaches the political history of the U.S., but he always makes sure that there is a more comprehensive understanding of society and culture as students get to know the personalities and institutions advancing political events,” said department colleague Stacy Holden. “He is able to motivate students who in the past struggled to excel in a classroom.”