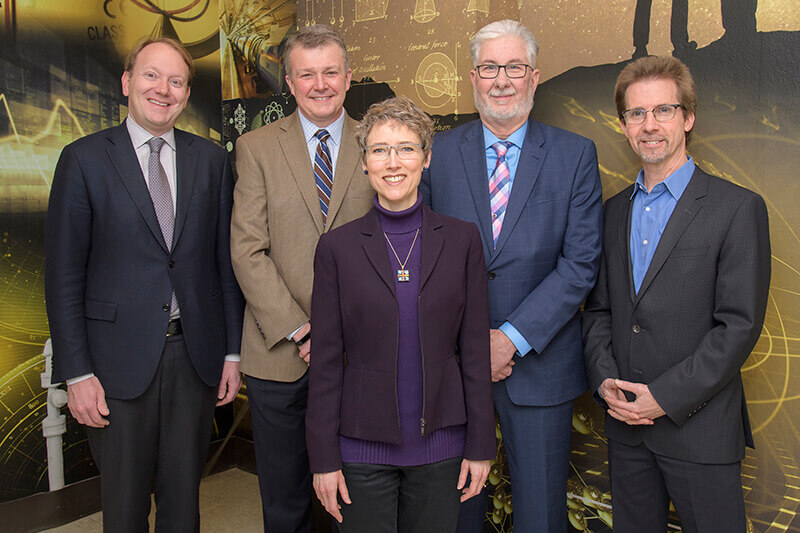 Erica Carlson, professor of physics and astronomy, has been named a 150th Anniversary Professor by the Office of the Provost to recognize her achievements in teaching at Purdue.

“We feel it’s critically important to recognize faculty who have devoted their careers to teaching and learning at the highest levels,” said Jay Akridge, provost and executive vice president for academic affairs and diversity. “The 150th Anniversary Professorships help us honor great teachers who inspire us with their talent, dedication and creativity.”

Carlson transformed two of the most challenging classes in the physics curriculum through the IMPACT program for course redesign. She is a recipient of the Charles B. Murphy Award for Outstanding Undergraduate Teaching in 2017, and the College of Science Award for Outstanding Contributions to Undergraduate Teaching by an Assistant Professor. Her students at both the undergraduate and graduate levels awarded her the Ruth and Joel Spira Award for Excellence in Teaching. Carlson launched the first-ever set of physics lectures on iTunes, for which she received media coverage in the Chicago Tribune and Indianapolis Star.

“She has a fantastic ability to develop and implement tools that help students learn a challenging subject,” said chemistry colleague Marcy Towns.