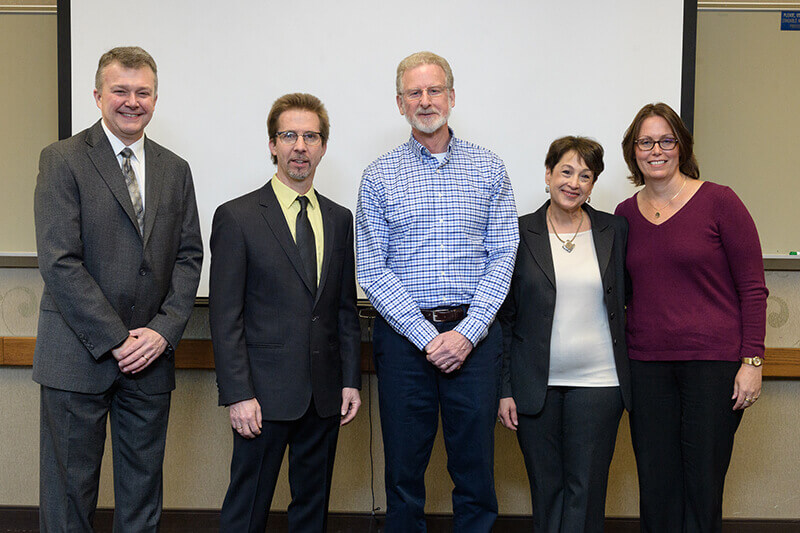 The Office of the Provost has named David Eichinger, associate professor of curriculum and instruction, and Charles "Chuck" Krousgrill, professor of mechanical engineering, as 150th Anniversary Professors to recognize their achievements in teaching at Purdue.

Ten faculty will be named as inaugural 150th Anniversary Professors to coincide with the upcoming 150th anniversary of Purdue. Faculty who achieve this new designation also will receive an annual discretionary allocation of $25,000.

“The 150th Anniversary Professors have played a significant role in enhancing the lives of their students through their exceptional teaching, mentorship and innovation,” says Jay Akridge, provost and executive vice president for academic affairs and diversity. “Our students are so fortunate to have such talented educators in the classroom.”

Eichinger has led continual improvements in the teaching, practice, curriculum and training of students studying to become science teachers. He is a Fulbright Scholar, a recipient of the Charles B. Murphy Award for Outstanding Undergraduate Teaching and a member of the Teaching Academy. He has won the University Student Government Excellence in Teaching Award and the School of Education Outstanding Service Award. He also has earned department awards in both the Biological Sciences and Curriculum and Instruction departments.

“He spends time ensuring you are developing and evolving as a future educator and global citizen by instilling the qualities and skills of one, including hard work, critical thinking, and collaboration and communication,” said a former student of Eichinger. 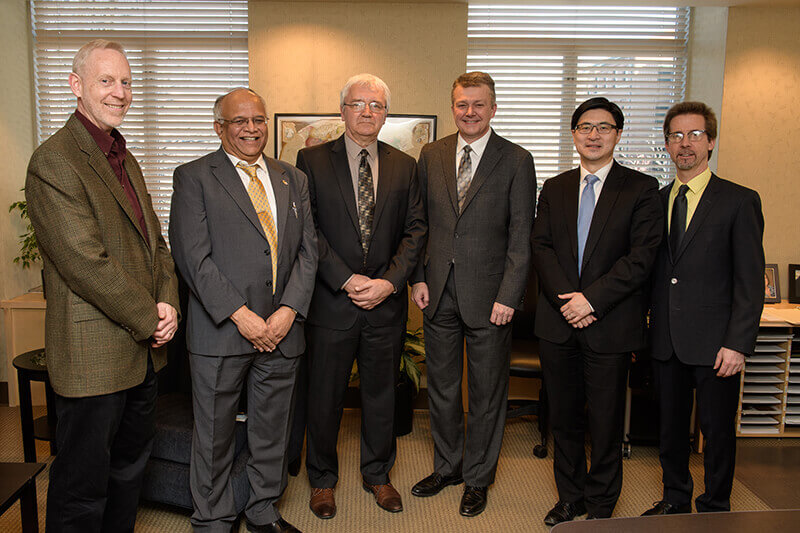 Krousgrill is a national and international leader in mechanical engineering and has received more than $2 million in mechanical engineering teaching development grants from the National Science Foundation, AT&T Foundation, GE Foundation, Amoco Foundation and Hewlett-Packard. He has earned seven H.L. Solberg Best Teaching Awards from the School of Mechanical Engineering, and three A.A. Potter Best Teacher Awards from the College of Engineering. He received the Charles B. Murphy Award for Outstanding Undergraduate Teaching and is a member of the Teaching Academy and Purdue’s Book of Great Teachers. He also has received the Special Boilermaker Award, the Helping Students Learn Award and the national Archie Higdon Distinguished Educator Award, Mechanics Division, American Society of Engineering Education.