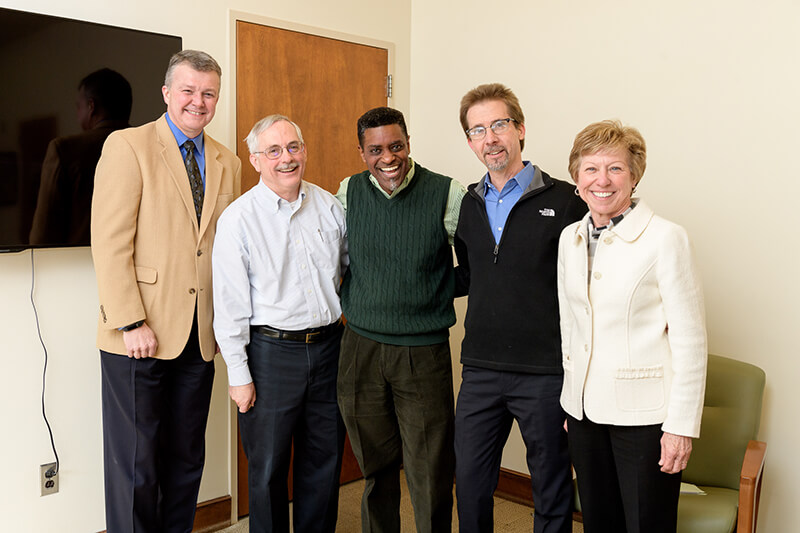 David Rollock, professor of psychological sciences, has been named a 150th Anniversary Professor by the Office of the Provost, honoring his achievements in teaching at Purdue.

“David Rollock embodies the qualities that the 150th Anniversary Professorship seeks to recognize including excellence in teaching and a history of outstanding mentoring,” said Jay Akridge, provost and executive vice president for academic affairs and diversity. “Through these named professorships, we are demonstrating our commitment to recognizing great teachers who contribute to the overall excellence of Purdue.”

Rollock has been an advocate for instructional excellence over decades of classroom teaching. He redesigned the multiyear curriculum of abnormal psychology and developed an empirically validated teaching evaluation. He also has served as director of clinical training and chair of Purdue’s Teaching Academy.

Throughout his time at Purdue, Rollock has earned multiple awards recognizing his excellence in teaching, including the James C. Naylor Award for Teaching Excellence and the Health and Human Sciences Award for Outstanding Undergraduate Education. He is also a recipient of the 2012 Charles B. Murphy Award for Outstanding Undergraduate Teaching and a member of Purdue’s Book of Great Teachers.

“He epitomizes what it means to be not just a professor in title but a teacher, guiding and molding future generations,” said a former student and now Virginia psychologist.