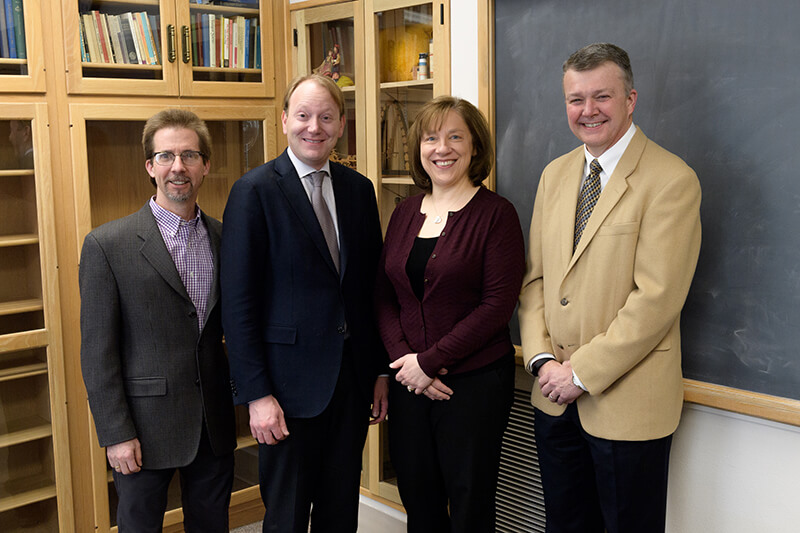 Christine Hrycyna, professor and department head in the Department of Chemistry, has been named a 150th Anniversary Professor by the Office of the Provost, honoring her achievements in teaching at Purdue.

“The 150th Anniversary Professorships honor master teachers who have dedicated their careers to excellence in teaching and mentorship,” says Jay Akridge, provost and executive vice president for academic affairs and diversity. “With their talent and devotion to our students and learning, Christine Hrycyna and the other 150th Anniversary Professors lift all of us at Purdue.”

Hrycyna has previously served as associate head for undergraduate education and teaching for the chemistry department and has had a major role in the development of courses and curriculum. She contributed to the redesign of the four-semester chemistry sequence for life science majors at Purdue.

She is a three-time recipient of the Department of Chemistry's Arthur E. Kelley Undergraduate Award for Excellence in Teaching, a 2007 winner of the Charles B. Murphy Award for Outstanding Undergraduate Teaching, and a member of the Teaching Academy. She is an active mentor for students and participates in Horizons and other student mentoring programs.

“I have yet to meet another teacher as passionate, dedicated and interested in her students,” said a former student and now physician. “It is evident that teaching is not merely part of her career as a professor but is a passion.”