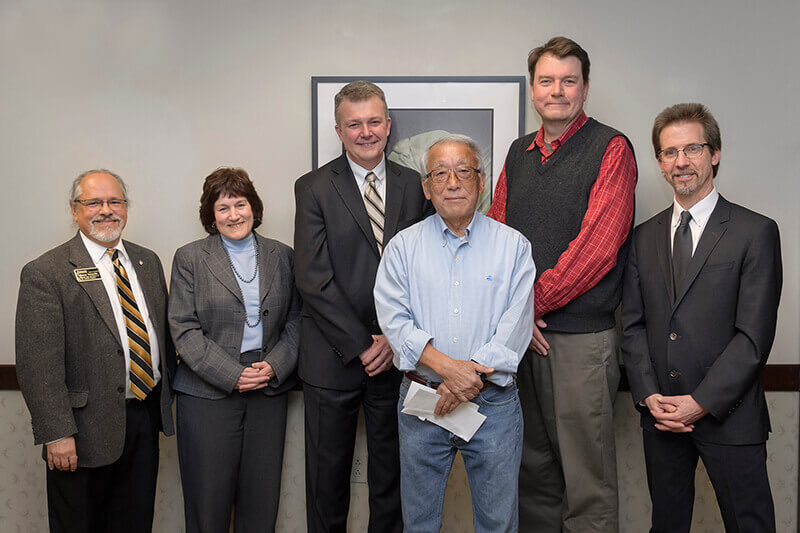 Christian Oseto, professor of entomology, has been named a 150th Anniversary Professor by the Office of the Provost for excellence in teaching and mentoring.

“These new professorships honor Purdue faculty who take great pride in helping their students become the future leaders the private sector, government, and academe around the world,” says Jay Akridge, provost and executive vice president for academic affairs and diversity. “We deeply appreciate their dedication to their students and to Purdue.”

The Provost’s Office will name 10 faculty with the designation of 150th Anniversary Professor, which coincides with the upcoming 150th anniversary of Purdue. Faculty who receive this distinction also will receive an annual discretionary allocation of $25,000.

Oseto has previously served as department head for entomology, contributing to a major increase in entomology course offerings for non-majors. He has received the College of Agriculture Outstanding Teacher Award and the Charles B. Murphy Award for Outstanding Undergraduate Teaching and is a member of the Teaching Academy. He also was recognized with the USDA North Central Region Award for Excellence in Teaching. Oseto is a project director for the National Science Foundation Young Scholars Program, founding director of the University Honors Program, and former director of the Science Olympiad.

“[He] has led a revolution in the way Purdue teaches,” said department head Stephen Cameron. “He is as passionate about teaching today as he was when he arrived at Purdue in 1990 ….”